Meanwhile, much of the open-source intelligence (OSINT) gleaned from social media and other sources indicate various left-wing groups preparing for organized protests to “ensure all the votes are counted” and some hinting at possibly “direct action” in the event President Trump is certified as the winner.

According to the ShutDownDC website, “Votes will still be coming in, so this will (probably) not be the time we need to create disruption to stop a coup – YET [emphasis added]. But we’ll be in a good place to respond to whatever might happen.”

A leaked video of one training session hosted over Zoom, the well-known left-wing “protest consultant” Lisa Fithian, highlighted a map identifying all the police stations, key government buildings, media outlets, and buildings occupied by “Trump boosters” in the D.C. area.

In the video, Fithian discussed “what would it take to surround the White House,” adding:

We’re facing an administration and a potential coup and a potential insurrection. Is there going to be a war? Are people gonna get killed? Like is that on anybody else’s mind? I’m guessing it is. We’re going to see potential fighting all over the country or in some hotspots, and we’ve already seen that, so how do we work together across the country to help support each other no matter where we are and to maximize our impact by doing similar things on similar days at similar times?

Fithian also encouraged rioters to not just break windows on government buildings but also go inside. “We have to be willing to put our bodies on the line and take on some discomfort and sacrifice risk in order to change things,” she exhorted.

According to the recording posted to the YouTube account SunriseExposed, but later removed for violating its “community standards, Fithian concluded:

We are going to be in a crisis but we want to make sure it’s one that we are creating. We want them to be responding to us and us not responding to them. In a situation of a coup or an insurrection or an uprising, whoever’s got the guns, often can win. We should be clear. Trump’s gotta go. 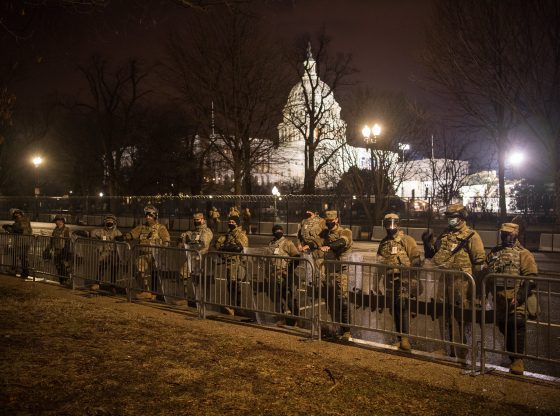 […] who will be America’s next president, concerns over organized violence are also on the increase. Polls show an overwhelming majority of Americans are mostly worried about violence from the Left, though some […]

[…] I have written, the Left has been preparing for protests and even “direct action” if President Trump is […]