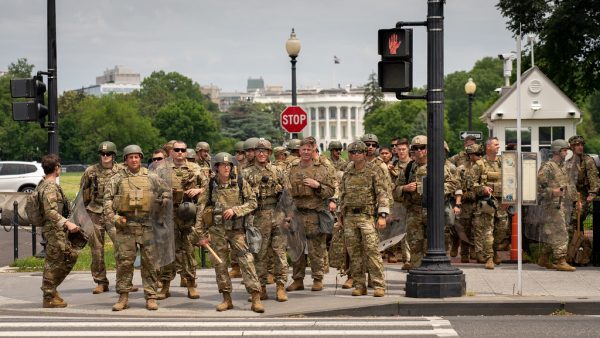 It is rare to see so many former U.S. Secretary of Defenses (SECDEFs) from both parties publicly agree on anything, but these ex-SECDEFs just did. In a firmly worded opinion editorial published in the Washington Post, all ten living former SECDEFs affirmed their agreed view that the U.S. military is a professional, apolitical organization, and there is “no role” for it “in determining the outcome of a U.S. election.”

In the op-ed they write:

Efforts to involve the U.S. armed forces in resolving election disputes would take us into dangerous, unlawful and unconstitutional territory. Civilian and military officials who direct or carry out such measures would be accountable, including potentially facing criminal penalties, for the grave consequences of their actions on our republic.

While not openly directed at President Trump, they add:

Our elections have occurred. Recounts and audits have been conducted. Appropriate challenges have been addressed by the courts. Governors have certified the results. And the electoral college has voted. The time for questioning the results has passed; the time for the formal counting of the electoral college votes, as prescribed in the Constitution and statute, has arrived.

They continue by stressing the importance of a peaceful orderly transition to a new administration, addressing the civilian and military leaders of the Pentagon, stating:

Transitions, which all of us have experienced, are a crucial part of the successful transfer of power. They often occur at times of international uncertainty about U.S. national security policy and posture. They can be a moment when the nation is vulnerable to actions by adversaries seeking to take advantage of the situation.

Given these factors, particularly at a time when U.S. forces are engaged in active operations around the world, it is all the more imperative that the transition at the Defense Department be carried out fully, cooperatively and transparently. Acting defense secretary Christopher C. Miller and his subordinates — political appointees, officers and civil servants — are each bound by oath, law and precedent to facilitate the entry into office of the incoming administration, and to do so wholeheartedly. They must also refrain from any political actions that undermine the results of the election or hinder the success of the new team.

Former war hawks that need to keep war going to line their pockets.

It is constitutional and screw all of you has beens because Trump has alot of military wants him to declare martial law! Whats their problem? The old demented puppet supposedly won all the key states lets give old joey the chance to prove how he can beat Trump again! Oh yeah that’s right he bragged about his damn voter fraud!

Then why are the National Guard being deployed against Trump Supporters in Washington DC?

Because this is all the same BS we get from the media. If it’s for Trump, then it’s questionable. If it goes against him and his supporters, then it’s just the “right thing to do”.

Clearly because they’re either for Biden, or bought out by the cheating Left. If election fraud is not a concern of the military, then nothing really is. Why stop there?