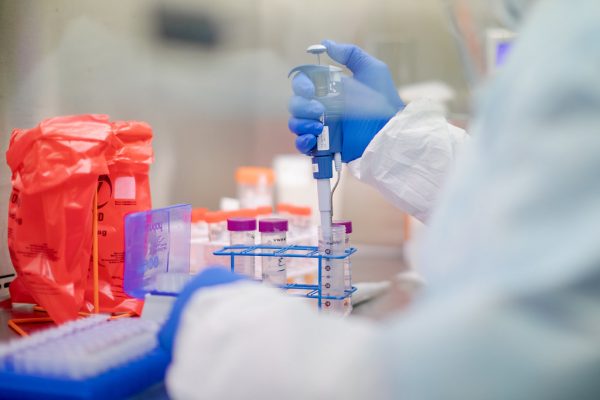 Related to my earlier piece on U.S. Deputy National Security Advisor Pottinger stating that a ‘growing body’ of evidence points to Covid-19 likely originating and leaking from a Chinese BSL-4 biolab in Wuhan, the establishment media is giving this previously ‘discredited’ theory another look. Apparently, now that President Trump is leaving office, it is ok to consider this obvious possibility.

This shows yet again, how politicized everything, even scientific research and reporting has become. If Trump said something, the scientists and media called it ‘false,’ or worse, labeled it a ‘conspiracy theory,’ and simply argued the opposite.

While the title is plain, as National Review (NR) notes, “Baker is pretty blunt about the fact that many scientists have had these suspicions, or at least concerns, since the beginning of the pandemic, but didn’t want to speak publicly about the possibility of a lab accident while the Trump administration was touting the same idea…”

NR adds that while it is great that the left-leaning establishment media is finally exploring this theory, “there’s something a little infuriating about how the question that was once largely dismissed by elite media circles as a crazy conspiracy theory can now be examined and taken seriously in a mainstream publication, roughly a year later.”

NR goes on to explain:

…Baker’s lengthy and detailed exploration of the possibility that the SARS-CoV-2 virus and ongoing coronavirus pandemic is the result of a lab accident in Wuhan, China. Baker goes even further, speculating that the reason this virus is similar to many previously discovered viruses but not quite the same is that it may have been altered through gain-of-function experiments.

In other words, the theory suggests that Chinese scientists wanted to study a particularly dangerous version of an existing virus and thus deliberately accelerated a virus’s process of growth and change to generate a more virulent and contagious version of it. Baker notes that SARS-CoV-2 is similar to other viruses found in nature, but more contagious among humans — and asks whether laboratory efforts might explain what makes SARS-CoV-2 so easily spread…

For those interested in the scientific details and specifics, read the full article in the New Yorker here, but the bottom line is, as Baker states, that while perhaps not created specifically as a bioweapon, Covid-19 was designed by man, not naturally occurring:

I’ve come to believe. It was an accident. A virus spent some time in a laboratory, and eventually it got out. SARS-CoV-2, the virus that causes COVID-19, began its existence inside a bat, then it learned how to infect people in a claustrophobic mine shaft, and then it was made more infectious in one or more laboratories, perhaps as part of a scientist’s well-intentioned but risky effort to create a broad-spectrum vaccine. SARS-2 was not designed as a biological weapon. But it was, I think, designed.

Yet, when anyone postulated this hypothesis earlier, including intelligence professionals such as myself, they were hit with regurgitated media talking points and manipulative ‘fact checks’ saying this was a discredited ‘conspiracy theory.’

But as Jim Geraghty of NR says very well:

While it is possible for a naturally occurring virus to coincidentally manifest in the same city as one or more labs known to be researching similar viruses, Occam’s Razor instructs us that when you have two competing theories that make exactly the same predictions, the simpler one is the better.

That should have been the common-sense, non-political approach to take when analyzing the origins of this deadly pandemic. And should be the way to do so in the future.

Designed and intended for germ warfare. I’d like to know how many political prisoners were used as guinea pigs. This was intentional or why would international travel continue but domestic be halted? An error in letting it out sooner than planned, but planned nonetheless.

Said it from the start . This was a Biological attack . The worse part it is . It was a Test run for a more Lethal attack as now we are discovering there are more developing strains .

Again lets call it what it really is…A TERRORIST ATTACK ON AMERICA BY THE CHINESE WITH DEMOCRAT BACKING. DIG DEEP ENOUGH AND THE TIES WILL BE MADE AND BIDEN IS ONE OF THE DISGUSTING DEMOCRATS WHO WENT ALONG WITH IT. JUST LIKE WHAT HILLARY, OBAMA & BIDEN DID WITH THE RUSSIAN HOAX. THE REST OF THE WORLD WERE CONSIDERED ACCEPTABLE LOSSES SO TRUMP COULD BE FORCED OUT OF OFFICE AND COMMUNISM BROUGHT IN!!
COVID WAS AND STILL IS A TERRORIST ATTACK FROM CHINA!!!!!!!!!

Please don’t forget that Dr. Fauci, Bill Gates and Dr. Brix had been to Wuhan several times. They had been to the lab, and were involved in getting the virus made, so they could make big money on a vaccine. Gates had made other vaccines that have left kids with severe Autism and women in Africa sterile.
I think they wanted to blame President Trump for the whole thing so they could control us and then we would be used to being controlled and then Communism could take over.

[…] their editorial, they explain, as I have reported before, that “the negligence at China’s biolabs, especially WIV, was so dangerous that the PLA […]

[…] agree that the lab theory should not be dismissed regardless of the WHO’s biased conclusions. I earlier wrote about how New York Magazine’s Intelligencer published a long piece by Nicholson Baker detailing […]

[…] I have written numerous times since the beginning of the COVID outbreak, including most recently, here, and here, there is growing expert opinion that the COVID-19 pandemic did originate as a leak from […]

[…] – As I wrote six months ago in January, highly politicized scientists who believed in the validity of the Wuhan […]