Home /Geopolitics, Paul's Daily Briefing/Biden May Soon Learn What Trump Understood – Some Old Allies Are Simply Not in ‘Sync’ with US 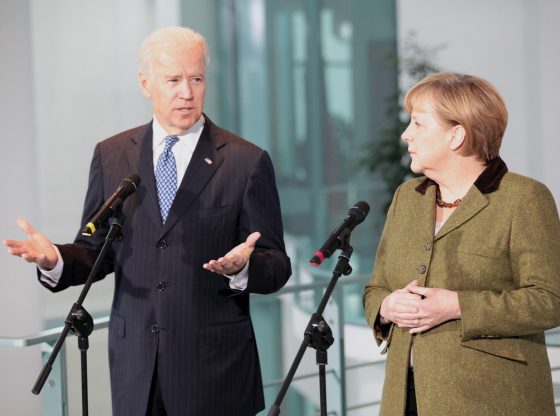 One of the main criticisms of President Trump’s foreign policy was that it allegedly downgraded old alliances and denigrated traditional allies. And this was partly accurate when referring to some of America’s European allies such as Germany, or the European Union (EU).

What the critics also seemed incapable of accepting was that Trump saw what they didn’t, that some of these traditional European allies had long ago stopped sharing similar strategic and other priorities with the United States. And some of these alliances – such as NATO – had lost focus and purpose.

The other important factor was style versus substance. As Ryan Tully, who served as the senior director for Europe on Trump’s National Security Council said in Vox:

In a lot of ways the Trump policies were right, but the European didn’t like the rhetoric. Now you’re seeing the right rhetoric, but I’m concerned there is a backsliding of the right policies.

But the bigger issue is simply that 2021 is not 1991, or even 2011. The global strategic environment has changed considerably in just the past few years. And the new Joe Biden administration – which is placing alliances at the center of his foreign policy – may soon be in for a rude awakening.

As Vox.com notes, simply put: “on a number of prominent issues from China to Venezuela to trade, the United States and its closest European allies are out of sync.” Erik Brattberg, the Europe program director at the Carnegie Endowment for International Peace in Washington, DC, said in Vox:

The Europeans are not keen on following the US in whatever it wants to do. Just because Biden is being nice and he’s not Trump doesn’t change that calculus.

In the three critical areas mentioned above, the European Union is taking a widely divergent path from the United States. As Alex Ward writes:

Last December, the European Union signed a long-promised investment deal with China despite the public concerns of Biden’s then-incoming National Security Adviser Jake Sullivan. The worry now is China will not only tighten economic relationships with America’s transatlantic allies but also use that newfound access to steal intellectual property from European industries.

This week, the EU as a bloc downgraded its support for Juan Guaidó, the Venezuelan opposition leader European nations and the US have considered the country’s interim president since 2019. Now the EU says Guaidó is a “privileged interlocutor,” potentially exposing a gap in the transatlantic strategy to depose the nation’s dictator, Nicolás Maduro.

Then there is trade, and Biden’s new “Buy American” commitment. The UK’s Financial Times reported that “America’s top trading partners and strategic allies, including Canada and a number of European countries, have long complained that buy American measures are a protectionist attempt to shut out their multinationals from the US economy.”

This new Biden focus is sure to create additional tensions with the EU.

If Biden thought that simply replacing Trump, and wishing everyone well, was going to change the underlying reality that Europe and the U.S. are not on the same track as before, he may need to quickly readjust his expectations.

Biden has never learned anything on his own. He is a plagiarizer, liar, cheater, rapes’ You cannot trust him. The other countries know this about Biden. He is not a critical thinker. He signs things he does know anything about. He is a phony and he is an illegitimate president. Everyone on the planet knows that he not a for real president. Joe knows that. But he is a pathological liar…so go figure

the man is to stupid to understand anything

I’d rather have the right policies than be politically correct.

The Europeans have forgotten all that they learned in the last century. Now it’s “First, the Russians came for the Ukrainians, and I didn’t speak out — because I wasn’t a Ukrainian.”