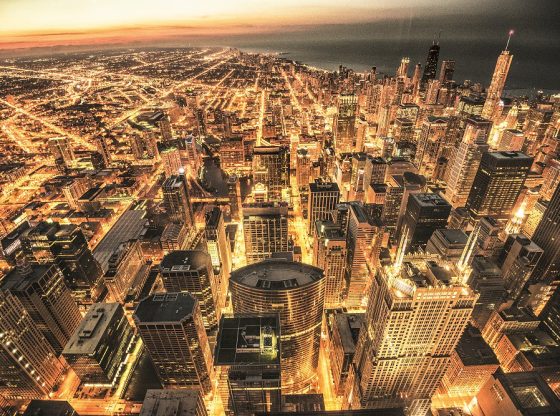 As President Joe Biden settles into the White House, experts are warning of a major new threat on the horizon from both Russia and China, as well as North Korea and Iran. These two U.S. adversaries, and to a lesser extent the smaller two foes, can now effectively destroy much of America’s electric power grid and all things electronic with “super-electromagnetic pulse [EMP]” weapons.

The Washington Examiner reports that Russia’s super EMP weapon and warhead are capable of traveling at Mach 20 – and that could put the U.S. in the dark with little notice.

Unlike regular kinetic warfare, nuclear EMP weapons are exploded high in the atmosphere to wipe out the electric grids and computers in huge sections of the target country below it with an EMP blast – without destroying infrastructure or killing people directly. Because of that distinction, potential U.S. adversaries do not appear to regard nuclear EMP attack as an act of nuclear warfare.

Power outages after such an attack could last over a year.

In his unclassified 2018 report on EMP attack scenarios, ‘Nuclear EMP Attack Scenarios and Combined Arms Cyber Warfare,’ Peter Vincent Pry, executive director of the EMP Task Force on National and Homeland Security describes the Russian advancements in EMP warfare, or “cybergeddon,” as he calls it in The Examiner.

These include the new superweapon and high-speed delivery vehicle noted above.

Pry also notes that China has leapfrogged U.S. developments in EMP warfare. He recently warned that the political turmoil in Washington is a “golden opportunity” for an EMP strike.

Adding to the China threat, other experts note that “President Biden’s decision to lift former President Trump’s ban on China involvement in the U.S. grid gives the communist foe a backdoor opening to attacking America’s nation’s electric supply,” from the inside, according to The Examiner.

Pry says that he and others had success getting the Trump White House and the Pentagon to focus on the danger and begin protecting critical infrastructure. But the energy industry has been far less responsive.

The concerned EMP expert notes that since so much of the U.S. economy relies on electricity, communications, and the internet, with these new super weapons, Russia, China, North Korea, or Iran, “could black out North America and NATO Europe and win World War III at the speed of light.”

Add this powerful threat to the list of dangers and challenges facing the new Biden administration.

No big deal. With the light bulbs we have in congress, a blackout will not cause too much damage. But seriously, I don’t see why these two countries would attack us. To win a war, you need to occupy the territory and they are not able to do that.

The Chinese don’t have to occupy, they already control the US government, communications, banking, industry, and sports and entertainment.

It’s all about global supremacy. The US is still the number one superpower and they want to bring it down. So either Russia or China can occupy the very coveted 1st place. Another possibility is, the world economy has been brought to naught by the pandemic and lockdowns, recent modern history shows that a way to stir up the economy is trough a war. Only, in this case, a global conflict has the possibility of “many nations annihilated” as Our Lady of Fatima predicted in 1917. She accurately predicted the Second World War and the eventual spread of communism throughout the globe. We know what’s going to happen, what is next and how this is going to end, and it ain’t pretty to say the least.

They will destroy that corrupt moron!

Sleepy, creepy joe will just sign another executive order, believing that just his signature alone will nullify the enemy missiles and EMP warheads.

Horse
Reply to  YO VINNIE

That’s cute..
Slow jo and the hoe will simply ban emp weapons specifically from NK, China and Russia.
Then he’ll spank them, “special” E.O. for that.
Right after he takes his Geritol and mid morning basement nap.
There ya go, were all safe now.

We haven’t hardened the grid. Estimates are that it could be done for around $2 Billion. But it has not been done. Can you call that “treasonous neglect”?

Several people brought this subject up to president Trump. They begged him to harden our power grid. Protecting the whole mess would have only cost 2 to 3 billion. It was ignored as Trump was pre-occupied with Russian collusion and Ukraine impeachment. Then there was the second election to distract the administration. It is only a matter of time until our enemies take us back to the 1800s. 90% of all US citizens will perish in the first year without electricity.

President Trump was the first president that I know of to have any interest in the subject. Too bad he was distracted by the daily attacks by the major media and the Democrat party. Yes we are very, very vulnerable. In fact, this weapons fits very nicely into the description of Armageddon in Revelation. Hmmmmm!

A very big deal. I edited an EMP manual for the USAF in the 1960’s and we have know about the threat since 1962. If you want more information, Google the word Peter Pry and see what we know at a high level. I wrote a summary for a Congressmen who was destroyed by the Democrat “green money wave” in the 2018 election. Protecting ourselves against this threat has been a bureaucratic nightmare. Everyone thought it ought to be someone else’s job and so we are very, very vulnerable. Send me an e-mail if you want to see a summary of the issue.

By the time Biden figures out the nuclear codes we would be ready for World War 4.