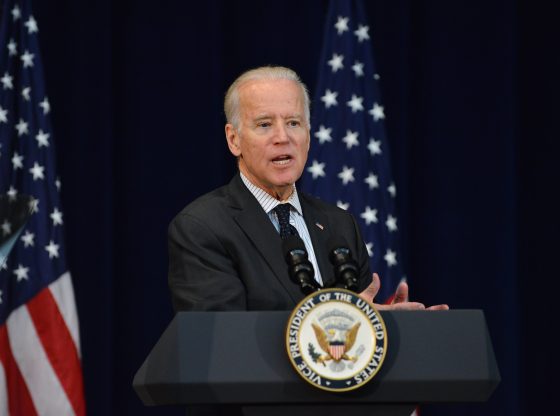 Only days after top Biden national security advisors stated they were “a long way” from rejoining the failed Obama-Biden 2015 Iran nuclear deal, Team Biden is now suggesting an accelerated timeline to rejoin the pact. Biden National Security Advisor, Jake Sullivan said on Friday that Iran is closer to building a bomb now than it was when President Trump pulled the U.S. out of the deal in 2018, and putting the nuclear program “in a box” is the first imperative.

According to the Washington Post, Sullivan contradicted Joe Biden and other advisors who recently stated that Iran needed to comply first, and include other serious issues, before re-engaging on the nuclear deal, when he said:

We are going to have to address Iran’s other bad behavior, malign behavior, across the region, but from our perspective, a critical early priority has to be to deal with what is an escalating nuclear crisis as they move closer and closer to having enough fissile material for a weapon. And we would like to make sure that we reestablish some of the parameters and constraints around the program that have fallen away over the course of the past two years.

As Vox noted, the “Trump administration abandoned the agreement in 2018 and reimposed strict economic sanctions on Iran, further decimating the nation’s already struggling economy… In defiance, Tehran purposefully surpassed caps on its nuclear development established under the deal as a pressure tactic to scare the US back into the accord.”

It seems Iran’s scare tactic is working on some in the Biden administration, like Sullivan, but not others.

During her Tuesday confirmation hearing to be Director of National Intelligence (DNI), Avril Haines expressed her views on rejoining the nuclear accord:

“I think, frankly, we’re a long ways from that,” adding that Biden and his team would “also have to look at the ballistic missile issues” — as well as Iran’s other “destabilizing activities” before rejoining the nuclear agreement.

“We are a long way from there,” he said about rejoining the deal, speaking at his Tuesday confirmation hearing. “We would then have to evaluate whether they were actually making good if they say they are coming back into compliance with their obligations, and then we would take it from there.”

But it wasn’t just Biden’s top advisors, it was Biden himself. During her first briefing on Wednesday, White House press secretary Jen Psaki echoed those two remarks, noted Vox:

“The president has made clear that he believes that, through follow-on diplomacy, the United States should seek to lengthen and strengthen nuclear constraints on Iran and address other issues of concern,” she said. “Iran must resume compliance with significant nuclear constraints under the deal in order for that to proceed.”

These earlier statements led Suzanne Maloney, an Iran expert and director of the foreign policy program at the liberal Brookings Institution, to believe that Biden officials are on the same page when it comes to Iran. She argued that this indicated the new team wasn’t pushing for a quick reentry into the nuclear accord.

“That would be my interpretation of remarks by Haines, Blinken, and Psaki,” said Maloney to Vox.

Sullivan’s latest remarks appear to alter that assessment considerably – and Team Biden seems to not be on the same page regarding Iran. This is a bad sign for a new administration claiming to be bringing a coherent orderly foreign policy team back to the White House.

Is Iran Now Targeting America’s Gulf Arab Allies through its Terror Proxies?
Former Secretary of Defense Mattis Warns US in Danger of ‘Destroying’ its Democracy from Within

Yeah joe. Let’s help them build the bomb that would be used against us and our allies and fund world terrorism.

Remember when joe the dolt called Trump a clown and said there wasn’t anything smart about him during the debates? Almost daily, joe the schmoe proves what an ^$$ h.le he is with so really dumb decisions, not working for the people and putting the USA last.

3rd world joe is an idiot.

Iran is worth worrying about, you actually believe they will challenge the USA. My suggestion is add more pressure to their already weakening economy. Unfortunate they see the Biden team as weak kneed and feel that with a few threats they will collapse. Now is the time to double down on this regime.

Watch for a plane load of cash taking off as a gesture of peace from Joe Biden to Iran. It feels like we are stuck in Groundhog Day. Biden is going to replay every failed plan, he is so damn dumb it is pathetic. Joe sanctions work on these barbaric! Use them! Pray ! Pray!

Joe is selling out this country faster than I imagined it could. With the indoctrinated young people who don’t see a future for them, we will become a communist country, not a socialist country. We do not have freedom of speech, freedom of the press and our elections are meddled with just as in other communist countries. Joe owes a lot to CCP.