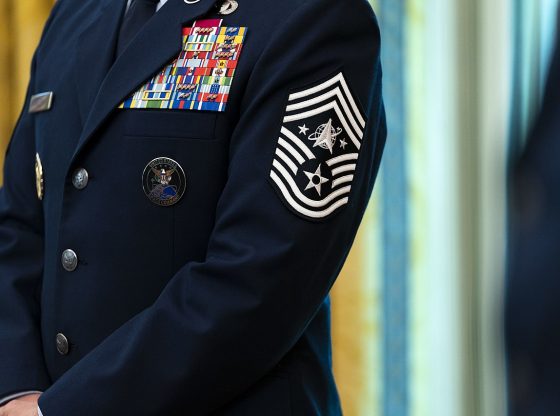 Immediately after an embarrassing February 2nd press briefing where White House spokeswoman Jen Psaki seemed to either mock, or be ignorant of, the U.S. Space Force created by President Trump in December 2019, the Biden White House has now confirmed that the Space Force will stay. Psaki told reporters on February 3 that the new service, which I have also championed, has the “full support” of the Biden administration.

“We’re not revisiting the decision,” she added.

Though the idea of a separate sixth military service for space originated in Congress and developed bipartisan support, Trump’s active championing of its creation quickly made it a line of attack for partisan critics.  The quick admission by Team Biden that Space Force was a good call by Trump and is here to say is welcome news for many of its advocates – including me.

It’s a very serious branch taking on a very serious national security threat, so her ignorance on the topic disturbed me, and then her flippant attitude disturbed me. But what more disturbed me was, today, after she had been informed that it was a serious branch of the military dealing with a serious threat, she couldn’t bring herself to say: ‘I made a mistake.’ I was glad to see her acknowledge what I already knew, and the administration has said before — that is, they’re fully supportive of the Space Force and [know] its worth.

“I’m very proud of the guardians in the Space Force,” he said.” I see the value of this force each and every day, and I’m happy to talk to anybody about the great work [it’s doing].”

General Raymond, noted Defense News, also said he would “welcome the opportunity” to speak to the Biden administration about the ongoing work of the Space Force, “which includes tracking debris in space, running the nation’s GPS constellation, and managing satellites that provide communications links and help identify ballistic missiles.”

No word yet on an apology from Biden White House Spokeswoman Psaki, but good to see Team Biden not automatically reversing every good thing done by his predecessor.

Russian Military Tech more Advanced than US? – ‘Terminator’ Body Armor Suits to Defend Against .50 Caliber Rounds
US Military Ties with UK and Japan – Deepened Under Trump – Continue as British Carrier Sails to Pacific

I don’t know that the Space Force is President Trump’s signature achievement. I believe they may be his border security solution (which Biden has reversed) and his defense of religious liberty (which Biden is in the process of destroying).

shock of shocks, they actually kept one of Trumps accomplishments….as far as the press secretary, they should look at other options…

You didn’t expect a democrook to admit their stupidity in public, did you , really??

[…] an earlier piece, I noted that after an embarrassing gaffe by President Biden’s White House Press Secretary […]