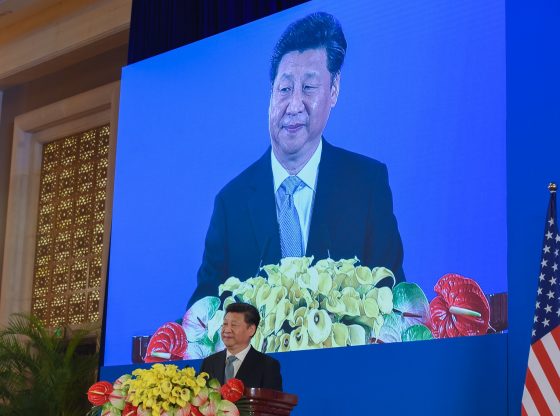 In what may – or may not – have been a process issue, the Biden administration appears to have quietly dropped the proposed Trump rule requiring all K-12 schools and universities in the U.S. to disclose ties to China’s subversive, state-run ‘Confucius Institutes.’ This action immediately provoked a Republican backlash, but also raised questions about whether it was deliberate Biden policy, or simply a victim of the interagency review process during the presidential transition.

As the Washington Examiner reported:

“By quietly backing away from the proposed rule without consulting Congress, the Biden administration is sending a concerning signal about its scrutiny of CCP influence in academia, and telling academic institutions that they don’t need to be transparent about their ties to China’s regime,” McCaul said.

President Trump had clamped down on these subversive Chinese institutes, and all Chinese influence and espionage efforts in the country. As The Examiner added that:

In August, the State Department designated the Confucius Institute U.S. Center in Washington, D.C., as a “foreign mission” of the Chinese Communist Party, with former Secretary of State Mike Pompeo saying at the time “the United States wants to ensure that students on U.S. campuses have access to Chinese language and cultural offerings free from the manipulation of the Chinese Communist Party and its proxies.” U.S. officials also slapped the same “foreign missions” label on a host of Chinese state-run media outlets last year.

McCaul’s China Task Force report from September also found that “through Confucius Institutes, monitoring of students, and direct interference by PRC diplomats, the CCP is trying to force its views upon our institutions of higher learning.”

However, the Biden White House pushed back strongly against the claim that it had deliberately removed the rule, noting that the rule had never been finalized. According to The Examiner a White House spokesperson told the paper that:

Meanwhile the paper added that: “The Washington Examiner’s reporting had made it clear that the proposed rule had not made its way to the Federal Register nor gone into effect yet.”

However, the White House did not say what it intended to do with the proposed rule.

Whether this was in fact simply a bureaucratic process issue, or instead a quiet way to drop Trump’s proposed rule, is yet to be seen. However, by highlighting this critical issue, critics are ensuring it is not the latter.

As McCaul stated: “I strongly urge the Biden Administration to stick to its promises to prioritize the CCP as our main national security challenge, including in the American education system.”

Continued reporting and pressure is needed to ensure this will be the case.

We who opposed Biden knew well before the election how tendentious he was regarding China. This isnt interagency mix up, it’s plainly intended as favoritism toward China.

China has the goods on Hunter, Joe and others. Play ball with China or the crooked deals will be made public by China. Puppet Joe already said he ran the most crooked election in history.

How come one wonders?

If the chinese passed gas , biden would have to blow his nose.

Holy sh*t, Biden’s the most anti-American president in U.S. history. At this pace, our survival has only another month before it collapses into total ruin. Time to impeach this afflicted degenerate and draft Trump back where he legitimately belongs.

I think its just more of banishing Trumps name from any and all things he accomplished. This will continue with no regard to what the policy actually accomplished – good or bad.

The stste departmtne wanted it, the bipartisan intle committee(s)wanted it and reported it and serveal senators pointred out Biden was “backing away from the proposed rule without consulting Congress”,
NO argument tht ist was proposed rule it was expected that it would move forward regardless of the Governemtn of the Day, Charman Xi’s cash investment into Biden’s pocket is paying dividends.

I have read two articles this evening urging Americans to fight. Talk and wringing of hands doesn’t seem to be working We are watching satan doing his best work. Is anyone available that cares enough to stop this? Doing nothing is agreeing to be destroyed. What are our taxpayer paid representatives doing?