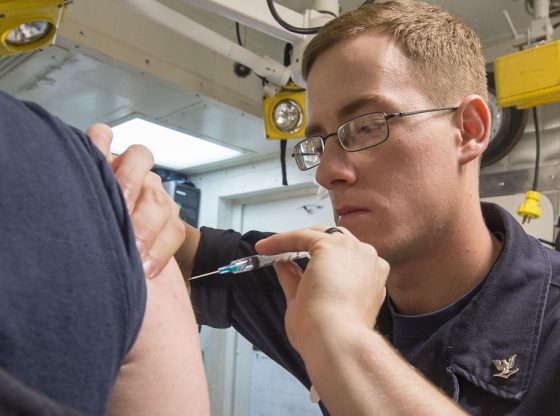 Analysis – In their first days, President Biden and his new Secretary of Defense (SECDEF), Lloyd Austin, have clearly shown what they consider top priorities for the U.S. Department of Defense and its nearly three million military and civilian members – everything but actual military threats to the United States.

This obsessive focus on domestic, cultural, and other ‘woke’ issues, as China is bullying and threatening U.S. allies, Russia is hacking our infrastructure and government, and Iran is threatening to assassinate an ex-U.S. President, is disturbing many national security leaders.

On his first day in office, Austin issued a message to the force that emphasized his commitment to finding ways the military can help the government move “further and faster” to fight the pandemic. Already there are more than 24,000 National Guard members providing logistical support for the vaccine program and giving as many as 50,000 shots per day.

Since former President Trump’s ‘Operation Warp Speed’ to develop and distribute COVID vaccines has a strong military component, as I noted here, this was expected, and it is a good use of National Guard resources. The problem is should it be the Pentagon’s very first priority?

More so is whether climate change should be a top Pentagon focus. As reported by Defense News, Secretary Austin stated that the Defense Department:

…will immediately take appropriate policy actions to prioritize climate change considerations in our activities and risk assessments, to mitigate this driver of insecurity.

The Times adds, “Austin also is pushing for policy adjustments to account for the effects of climate change on military missions, as well as the consequences of extreme weather events on domestic military bases.”

Again, not totally unwelcome, but the top Defense Department priority?

Then there is the controversial reversal by Biden of Trump’s ban on ‘transgender’ members in the military. Biden’s Executive Order immediately prohibits any service member from being forced out of the military on the basis of ‘gender identity.’

While progressives argue this is a much-needed corrective, others question whether the Pentagon should be responsible for expensive and time consuming ‘gender reassignment treatments and operations’ for troops changing ‘identity’ after joining the service. They also question whether those members suffering from ‘gender dysphoria’ are the best suited psychologically to be in our combat forces.

On sex, in his first directive as SECDEF, Austin gave “his senior leaders two weeks to send him reports on sexual assault prevention programs in the military, and an assessment of what has worked and what hasn’t,” notes AP.

Defense and military leaders have grappled with these problems for years. Since including women in the armed forces, and their steady rise in numbers, sexual assault and related issues have plagued the services. AP notes that reports of sexual assaults have steadily risen since 2006, according to DOD reports, including a 13% jump in 2018 and a much smaller 3% rise in 2019.

Sexual assault and harassment in the military is a vexing and pressing issue that must be addressed, but should it be addressed as the very first directive of a new Secretary of Defense?

And finally, the most controversial top priority of the new Biden SECDEF – rooting out ‘extremism’ in the military ranks. At his confirmation hearing, Austin told senators that the Pentagon’s job is to “keep America safe from our enemies. But we can’t do that if some of those enemies lie within our own ranks.”

Accusing its own soldiers as possible domestic ‘enemies’ is a highly charged and unprecedented accusation by a Secretary of Defense. Following up on his remarks, on February 3, the Pentagon announced it had issued a DOD-wide, 60-day ‘stand down’ to address the issue.

Again, making this a top priority now for the Pentagon is deeply concerning.

The concerns about this new aggressive push include serious questions, such as what constitutes ‘extremist’ activity? What is permissible in looking for extremists in the ranks? And how does this not become an ideological or partisan witch hunt to purge the military of members and views the current administration doesn’t like.

This last issue is a serious concern requiring much more discussion. Meanwhile, in Biden’s new ‘progressive’ Pentagon, facing the global military threats to the U.S. will have to come later.

Austin is an evil and wicked Nazi scumbag that deserves nothing less than a trip to the gallows!!!

It’s obviously easier to intimidate and control law abiding American citizens than dealing with real foreign enemies such as China, Russia and Iran. The SoD probably looks at tge citizenry as “low hanging fruit”. The entire Biden Administration is a danger to the Republic.

All the things for which we have a Department of War, I mean Defense.

Austin looking for extremist can start in the democratic party there lies the lunatics, and nitwits whose asses he is trying to kiss. The purpose of the military is to prepare for national emergencies, and national defense. The leftest bull shit means nothing if we are attacked. Let us pray Austin has a set of grapefruits and not two tiny green peas when he answers to his leftest masters.. His record Is remarkable and filled with honor, let us pray he does not become a tool of the real extremist he works for. The only danger to America he faces are the democrats who hate our country, someone needs to sit Austin down and explain some common sense facts. He just leaped into the Washington cess pool and the tyrosine are circling him they need a puppet.

These queer a-hole, morons have determined that ‘all ya need’ the military for is to capitulate & surrender, to any determined enemy…why the ‘F#€|<' would anyone fight & risk their lives, for a libturded 'shit-hole' banana-republic, under the command of Joe Bama O'biden❓

The greatest threat to Global Warming is China Joe, his appointees and congress. They exhale more CO2 than a volcano. They create more excretion than all the four legged animals on all the farms. Their BS is so profuse we are being smothered.

Clearly modern wars are bad for the climate. ERGO, we should disband the military. Presto! America will no longer fire a shot in anger. Or in self defense.

On the other hand, there would likely be military conflict between foreign powers over who would take over the United States. It might be fun to watch — from space.

I think most people would support the Feds just handing the vaccine procedure over to Chick-Filet. Then the Feds can focus more on what they do best – destroying the nation.

I’m more concerned of what the future holds under this “regime” than I am of Covid, climate, sex or internal patriotism. The real internal extremism threat is from the LEFT.

Have you noticed that the Dems never define extremism or how this might affect a person’s civil liberties? I would bet that voting for Trump is an act of extremism to them.

So when does he Pentagon plan on getting back to the protection of he country? COVID is medical, not military…. climate change (hmmm). All I can say is prove it. Our nation has lowered its emissions by a huge margin, yet China and India have doubled, possibly tripled their emissions…… but that’s okay they are socialists and can’t help but live off of others. The pentagon is hung up on making transgenders comfortable and spitting in the face of long-standing flag-loving true military personnel. I’m tired of the bull. 25 years big flush.

Look at the picture and tell me what is missing!!

It appears to me that China Joe is hunting for a War. He certainly is knocking out all of the order and Peace that the Trump administration set up around the World. Biden has been a whirlwind of confusion,malicious behavior and upsetting every bit of the Peace, law and order and stability throughout the World. Is China Joe just malicious or is he being controlled by Obama and the War Hawks in the Pentagon? He is in desperate need of a series of his cognitive abilities if indeed any yet exist. We know that the politicized protection of the national intelligence bureaus and agencies are protecting knowledge from becoming public about the Corruption of the Father/Son team Corn Pop and Crack pipe from ever becoming public. He has already sold out the USA to China, Russia and Iran if not also N. Korea. . He needs to be in one of his many mansions instead of the oval office selling out the USA to his highest bidders.