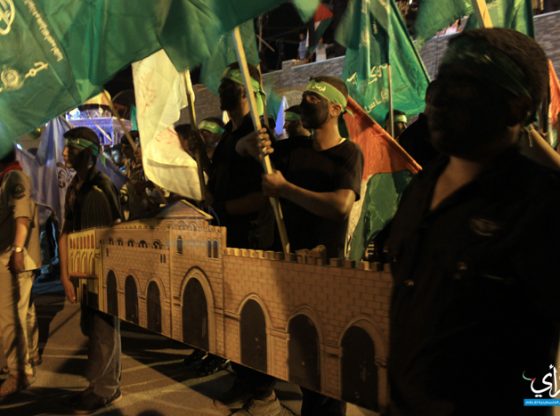 Claiming to do so out of humanitarian concerns in Yemen, the Biden administration has announced it will go forward with removing the terrorist designation applied by Team Trump in January to the Iranian-backed Houthi rebels – even after the group launched terror attacks against Saudi Arabia. President Biden also personally announced he is ending ‘offensive’ weapons sales to U.S. Arab allies fighting the Houthis.

NEW: “We are ending all American support for offensive operations in the war in Yemen—including relevant arm sales,” Pres. Biden pledges.

The Houthis seized power by force in 2014 and govern some 80 percent of the people in Yemen on Saudi Arabia’s strategic southern border. Yemen also faces the Gulf of Aden, the Red Sea, and Djibouti in North Africa. Iran has been intent on keeping the Houthis in control to better threaten Saudi Arabia and provide it access to the Red Sea.

The Houthis are fighting a coalition led by U.S. allies, Saudi Arabia, and the United Arab Emirates (UAE) which had been supported by the United States since the Obama administration. As ABC News notes, the Houthis, also known as Ansarallah, have “been accused of breaking international law, including by stealing international food and medicinal aid, smuggling weapons into the country and attacking civilians, including in neighboring Saudi Arabia.”

The timing of Biden’s decision to remove the terror label is especially worrying to some national security experts, explains ABC News, as it falls directly on the heels of a renewed violent Houthi offensive “in the country’s north against the government forces’ last stronghold in the oil-rich province Marib and its eponymous capital.”

In this deadly offensive, which has killed at least 20 so far, “Houthi forces used rockets and drones this week to continue hitting Saudi targets across Yemen’s northern border, including on Abha International Airport on Wednesday, striking a civilian airliner, reported Reuters.

Despite the controversial U.S. moves lessening pressure on the Houthis, U.S. Secretary of State Anthony Blinken said, according to Fox News, that  U.S. security officials are “clear-eyed” about aggressive Houthi actions, which have included “taking control of large areas of Yemen by force, attacking U.S. partners in the Gulf, [and] kidnapping and torturing citizens of the United States,” along with other malign activities, like diverting humanitarian aid.

But others are not assured by Blinken’s words. Among those critical of Biden’s move is former U.S. Secretary of State, Mike Pompeo, who pushed the last-minute designation last month. He tweeted: “The reality is that revoking the terrorist designation of the Houthis is a gift to the Iranians & will allow the Houthis to continue to foment terror around the world.”

The reality is that revoking the terrorist designation of the Houthis is a gift to the Iranians & will allow the Houthis to continue to foment terror around the world.

China Joe Xiden is a worthless Turd and a TRAITOR ! He supports our enemies and not our friends ! Who ever voted for the imbecile should be DEPORTED to the South Pole !
All I have to say to China Joe is FUH-Q and the Hoe !

Puppet Biden is running this country, at warp speed, straight into a brick wall. Anyone think the 2022 election won’t be rigged also? Dems are looking to add Puerto Rico to statehood and reviewing gun legislation. Iran and China are testing the puppets resolve to stand down among their military threats. So far – he’s doing just that.

This is Obama administration with a hand puppet in the White House. I wonder if Mrs. Obama types the speech and has Pres. Biden read it

Bring our troops home from the entire Middle East ASAP!

We need to remove Joe Biden as soon as possible or else impeach him for Ukraine Brisma. Joe is screwing up the middleast.

THIS IS THE LAST STRAW ON HIS EX. ORDER FULISADE THAT HE NEVER READS NOR KNOWS WHAT HE IS SIGNING! ARTICLE 25 ” BADLY NEEDED RIGHT NOW TO STOP THIS BUFOON FROM COMPLETLY DESTROYING THE SAFETY NET TO THIS USA!

Just when I thought it was impossible for Joe Biden to become more infantile and anti American, he comes up with this: give aid a comfort to our enemies, and severely punish our friends. When is someone going to rid the country of this piece of ignorant trash?

Cozying up to Iran and China makes me nervous.

Obama is the number one Muslim terrorist in America and is acting as president and is controlling Biden.