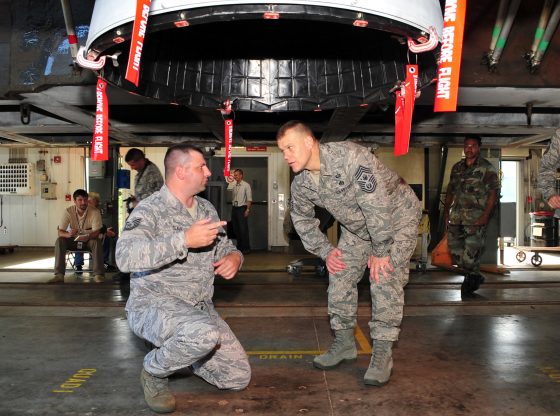 In an earlier piece, I noted that after an embarrassing gaffe by President Biden’s White House Press Secretary mocking former President Trump’s signature achievement- U.S. Space Force (USSF) – Team Biden was forced to admit that the newest military service was being fully supported. This show of support heartened many Space Force supporters, including me.

However, it now appears that the Biden administration, and Congress, may be deliberately ‘slow rolling’ the staffing process needed to build out the still-fledgling Space Force and make it truly effective. A big part of that is adding new ‘Guardians,’ as members of Space Force are now called, from the Army and Navy, not just the Air Force.

According to The Washington Examiner, “Heritage Foundation defense analyst John Venable sees an impediment keeping the Space Force from reaching its potential: a congressional restriction in its charter that does not allow the service to take in required space professionals from the Army and the Navy.”

Venable, a 30-year Air Force veteran, told The Examiner of the Biden Administration: “They need to start pushing the Space Force and Gen. [John] Raymond [USSF Chief of operations] to start making things happen at a more accelerated pace.”

Referring to President Biden’s passing comments about protecting ‘outer space’ at his visit to the Pentagon on Wednesday, Venable suggested that platitudes aren’t enough to challenge America’s fast-moving adversaries’ efforts to dominate space and neutralize its critical space assets. He added:

The Space Force and what we’re doing and what the Trump administration did was huge for us. The last administration basically realigned us into the real world that China and Russia had militarized space, and we’re behind.

The Congress needs to authorize the Space Force to be able to go in and take key personnel and key systems from the other services and bring them on board. All of the communications platforms and all of the things that are owned by the Army and the Navy need to be moved over into the service, but the Space Force doesn’t have the authorization to do that yet.

If Biden is serious about giving his full support to Space Force, he needs to push his team harder and faster to make the Space Force fully effective. This includes pressuring Congress to do their part and authorize Army and Navy space assets and personnel to be quickly transferred to the Guardians.

If it is something Trump did, Biden is going to get rid of it one way or another.

We to get rid of bumper and horror before they destroy everything there both loosers.
.

Biden, the make believe President will be the damnation of this Country.