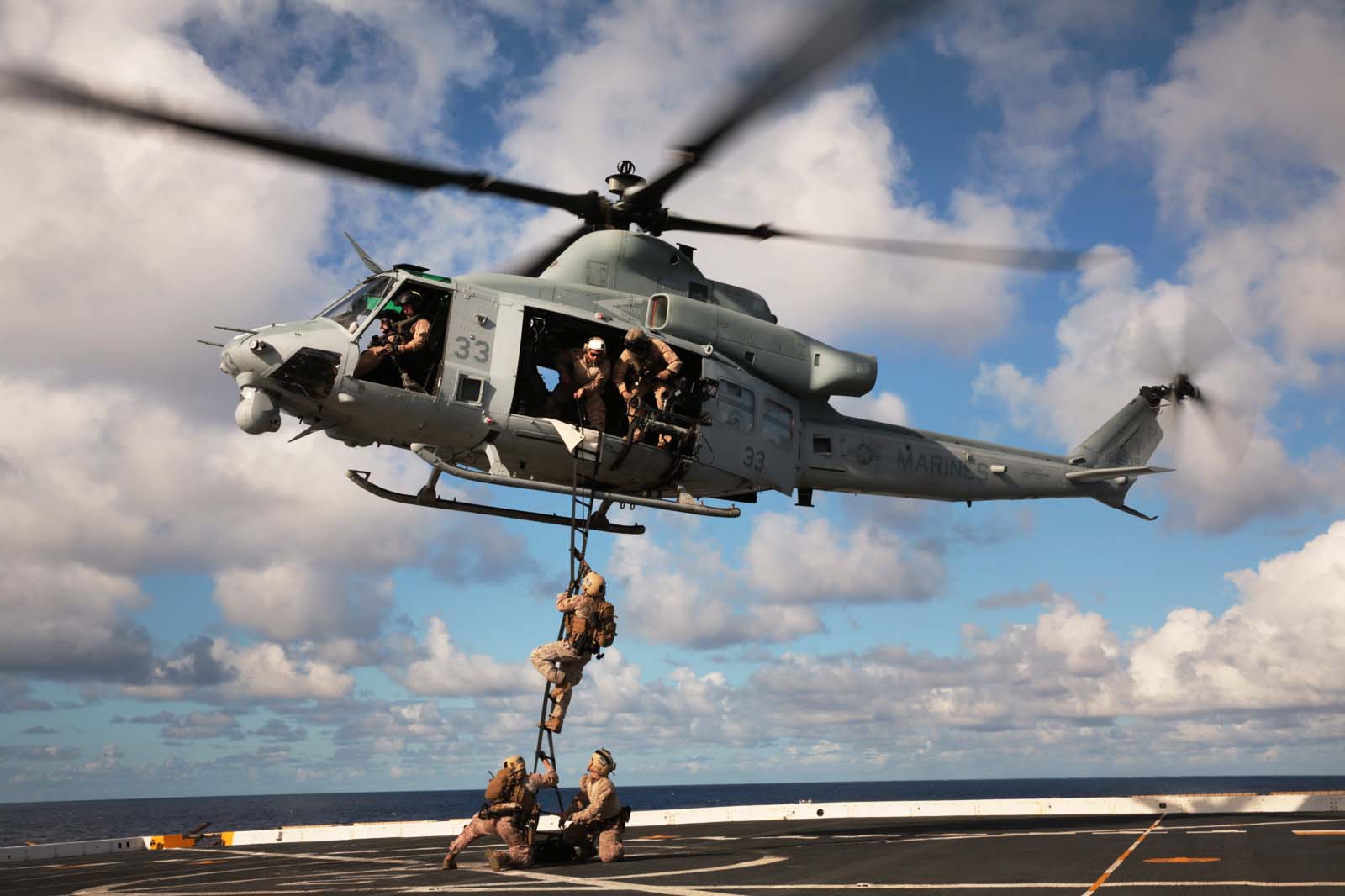 While they probably won’t be stopping .50 caliber rounds like the body armor the Russian claim to be developing, the U.S. Navy is looking for new armored survival vests for its helicopter crews that can stop up to 7.62mm armor piercing bullets on the ground. They should also protect against close detonations of anti-aircraft rounds in flight.

However, since they are also designed as survival vests, they can’t be heavy, bulky, or restrictive in order to allow in flight mobility and ensure water survival in case of crash.

However, since then, both Army and Marine grunts have been provided lighter and better body armor, and now the Navy wants similar performing vests. And, in addition to the ballistic protection, crew members wearing the vests need to survive exposure in “cold turbulent seas” following a ditching event, and rapid exit of the aircraft through a fireball.

This is not your everyday Kevlar.

The overall design priority for all operators is that the vest’s cut and compactness enable the wearer to be highly mobile for in-cockpit visual scanning and physical movement as well as post-crash survival and evasion scenarios, including the ability to rapidly jettison a negatively buoyant hard plate in water.

Military.com adds that the vests need to be usable by crews in a wide range of rotorcraft:

… from Marine Corps heavy-lift and attack helicopters to the Navy’s ship-based maritime choppers. Aircraft crew who may be equipped with new vests include those for the Marines’ AH-1 Viper, UH-1 Venom, MV-22 Osprey, CH-53E Super Stallion and CH-53K King Stallion; and the Navy’s MH-60 Seahawks.

One vest may not fit the bill, and the Navy notes that separate vests may be needed for crews of different rotorcraft.

Finally, according to Military.com, the Navy includes several additional requirements for its new crew vests in its solicitation. The vests need to be able to:

… hold the soft armor inserts used by the Army‘s modular scalable vest or the Marine Corps’ Gen. III plate carrier…They also need to be flexible, light, and protective enough to allow the following:

We look forward to seeing what type of armored survival vest proposals the Navy will get from this solicitation. But Navy and Marine Corps helicopter crews deserve the very best.

The navy and marine corps helicopter crews deserve the best in military technology that the American government can provide, including new body armor survival vests that can withstand the heat from enemy fire during combat missions. Keeping the crew protected against enemy fire is critical to any mission so that they can confidently serve each other in confined spaces. Cutting edge technology is always needed to stay one step ahead of enemy incursions. May God bless the American servicemen who sacrificially serve our nation.

How many of the requested design could have been purchased with the money WASTED ON THE SHOW OF MILITARY FORCE for the new ‘administration?

Including the ‘permanent unscalable fencing with the razor wire at the top?

With the rapid advances in Artificial Intelligence programs, we may soon be able to entirely remove humans from that direct risk environment. The only risks then would be confined to the machine, and our national wallet!