With the new Biden administration promising to take executive action to tackle ‘gun violence’ at the federal level, and some states doing the same, many local jurisdictions are taking their own actions to protect their citizens’ constitutional right to bear arms. As such, the Second Amendment sanctuary movement has been growing throughout the country, with hundreds of counties passing declarations protecting gun rights from overreaching state governments, as well as Uncle Sam.

But now, a county in the ‘Show Me’ state of Missouri has taken this idea to a new level, criminalizing any federal enforcement of unconstitutional efforts to violate gun rights.

As The Blaze notes:

The sanctuary movement has only recently come to the state of Missouri, with several counties recently declaring themselves Second Amendment sanctuaries and the state legislature pushing similar bills. But Newton County might have adopted the strongest language in the entire country – going so far as to criminalize enforcement or cooperation with federal law enforcement who seek to enforce such policies.

Newton County passed an ordinance this month to invalidate any attempt by the federal government, including by Congress or the executive branch, to infringe on the Second Amendment rights of its citizens.

Be it enacted by the Newton County Missouri Commission as follows: All federal acts, laws, orders, rules and regulations passed by the Federal government and specifically any Presidential Administration whether past, present or future, which infringe on the people’s right to keep and bear arms as guaranteed by the Second Amendment to the United States and Article 1, Section 23 of the Missouri Constitution shall be invalid in the county, shall not be recognized by this county, and specifically rejected by this county, and shall be considered null and void and of no effect in this county.

The Newton County ordinance also adds: “Any and all federal agents trying to enforce the regulations listed in Section (1) shall be subject to arrest by the Sheriff’s department.”

Get this damn Government OUT of our lives!

Feds are prbly counting the non-compliance fines up already to split between themselves. Nasty asses wouldn’t defend the constitution if they had to. It is up to Americans now to stand up to them.

Lets not forget they will cut federal funding for what ever they can think of. Don’t let that bother you though, as we the people can also cut any and all tax money going to them.

YO VINNIE
Reply to  Otto Zeit

It’s actually Mr. George Soros “Buying” all the dems, media, etc. He only funds over 2,300 liberal groups like MoveOn, Planned Parenthood, BLM, etc. He started “Buying” European politicians back in 1972, now “Owns” his “European Union”. Barry was supposed to give him an “American Union”, but failed, as did Hillary, now B1den is trying it.

So? When will someone (please!) shoot George? Look, if the courts won’t act and we KNOW very well who the bad actors are, we may as well eliminate these dangerous people ourselves. THEY HAVE declared war on us. When are we going to declare war also on them?

It is called the Tenth Amendment—right there in our Constitution—State’s rights—We are not a Totalitarian State “quite” yet.

There may be even regular citizens “arresting” the feds.

George Peabody
Reply to  YO VINNIE

Every US Citizen is an Officer of USA, and with authority to protect and defend our Constitution FOR the USA against all Enemies foreign or domestic.

AND THE SHERIFF’S HAVE THE LAW AND THE 10TH AMENDMENT IN THERE CORNER. THE SHERIFF IS THE ONLY DULY LAW ENFORCEMENT IN THE COUNTRY BY THE ” CONSTITUTION ” AND CONTROLS HIS AREA, PERIOD! READ IT!

All red states should declare that they are a gun sanctuary state just the way the demoRATS did it with illegal aliens.

The red states need to get together and start pushing back on federal overreach. They have taken control of issues that are clearly states’ issues. The constitution is very clear about limiting the overreach of the federal government.

If only all counties would enact such legislation.

When it comes down to it, we know that we must move at the local level to keep things plum. Most states are unwilling to act, as they fear the loss of funds, BLM, Antifa, and other terrorist. Where the local government understands they have the people on their side. Not everyone would have their backs, but enough to make it hard for anyone to force their will on us.

well that’s better than sending those FOOLS home in Body Bags which would happen if the Feds were Stupid enough to try and take peoples guns away.

Don’t let the fools get you down, be a proud American, and in view of the social/administration attacks on white males, be a proud WAM, white American male ILLEGITIMI NON CARBORUNDUM 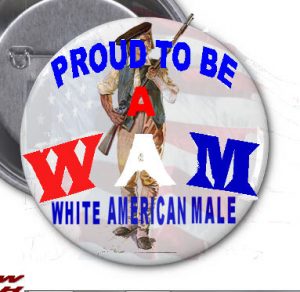 Where sanctuary towns, cities, counties abd states fo illegal foriegn nationals is patently unconstitutional… it is certainly legal for the same localities to pass laws enforcing the Constitution and the 2nd Ammendment.

This is the Constitutional duty of any and all county sheriffs. They are suppose to “serve and protect” the rights of the citizens of their counties. Their oath; like the oath of all who have served in the military, is to uphold The Constitution. period!!!

Kudos to the citizens enacting this outstanding protection for their constitutional rights.

Every state & county should adopt this law before it’s too late!!

THE FOUNDERS of the country would have done the same..and they DID !!

IF any POTUS ever deserved to be “IMPEACHED”, it Joe B1DEN! IF he ever sets foot in Alabama, I’d sure as hell make it miserable for him. Valve stems disappering from tires, cars running out of gas in front of his motorcade, and other “Accidents” that don’t do any “Damage”, just piss him off.

If it is true that the Texas electrical grid failure was in some way caused by the Dems they deserve war and more of it than they ever bargained for.

The successful theft of the election by the “Dementiacrat” party, and their “fellow travelers” {courts, etc.} has all but guaranteed another American civil war.