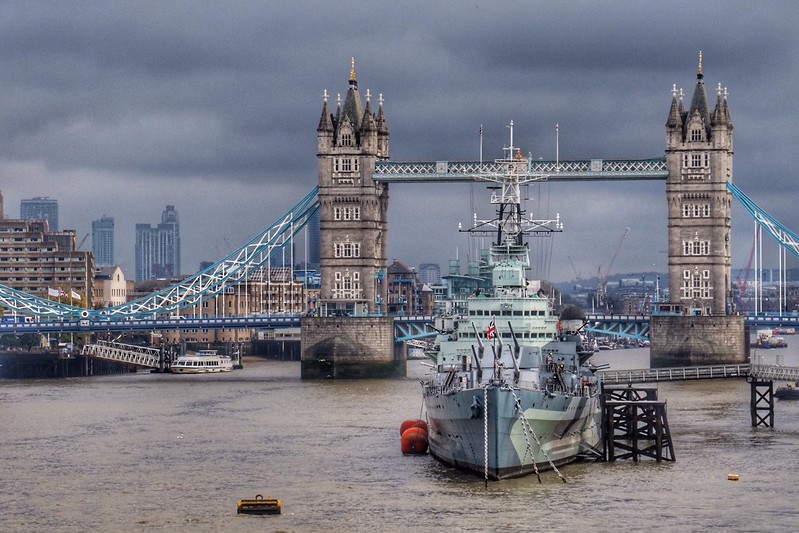 As Britain explores its options in a post-Brexit world, some are proposing a closer association with three of its wealthiest, English-speaking Commonwealth partners – to create a powerful political and economic bloc. A loose alliance with Canada, Australia, and New Zealand – or CANZUK – would also create the ‘third largest military’ in the world.

This proposal has been around since 2015 but may be gaining new steam today.

As reported by Express.co.uk, “Toronto based James Skinner is the founder and chief executive of CANZUK International, a group launched under a different name in 2015.” Under the proposal Britain, Canada, Australia, and New Zealand would agree to free trade and reciprocal migration. The four allied powers would also cooperate more closely in foreign policy and defense.

This new association, according to Skinner, “would immediately become the third most powerful military force in the world, behind only the United States and China.”

This idea may not be far-fetched. The UK is already a close ally of Australia, Canada and New Zealand and their militaries regularly cooperate. As noted by Express, the UK has worked closely with Australia and Canada over the crisis in Hong Kong with the three powers issuing joint statements.

The combined defense spending of these four countries would likely top US $110 billion which would make the bloc the third largest in the world. As Skinner notes, this would provide “a significant deterrent against adversarial countries like perhaps China, Iran, North Korea both in terms of physical military capacity but also in terms of cyber security as well.”

Adding to its plausibility, a CANZUK International poll “found free movement between the four countries has the support of 82 percent of New Zealanders, 76 percent of Canadians, 73 percent of Australians and 68 percent of Britons.” The proposal, reports Express, has been endorsed by Erin O’Toole, the Canadian opposition leader, and is part of the official platform of the Conservative Party of Canada.

With an increasingly dangerous world, this proposal could provide post-Brexit Britain a solid answer to the question of what role to play on the global stage. For the United States, having a strong CANZUK bloc as a powerful ally would also provide immense strategic value, especially against a hostile, expansionist China in the Pacific.

As with the U.S., Britain may want to consider a new system of coalitions and alliances that better reflect the 21st century threats, needs and priorities of the world’s top democracies.

They are to far separated from each other,the supplie line would be a logistical nightmare,nice thought though.

Having our troops all over the world is a logistical nightmare.
There troops are already all over the world.
They could the the new arraignment The United States of Civilized English Speaking People – USCESP for short.

Dennis, it’s actually a positive not a negative. They can be mobilized in many places and close to home ports and bases.

Canada, the UK, Australia and New Zealand had similar agreements in place until about 50 years ago, when the UK threw the rest of us under the bus to join the EEC.

The British model of civilization re-unified. Have no fear but Biden will oppose that.

Why would Biden oppose that?
Is he concerned that England will also want to bring India and the US back into their model of civilization?

How many excuses does the media and dumbocraps need to convince Americans to globalize? All they are after is power and destruction.

Transportation and communication have globalized the world.
It ain’t gong back.
All major US companies have some kind of a Global footprint.
Think the Trump Origination.
Well over half of it’s assets are outside the US.
That is why it uses German banks.

If the US government were to propose punishing bad behavior by totalitarian countries, the first in line to support China’s “right” to demand access to Apple technology, disciplining NBA personnel who support Hong Kong protestors and pro-CCP changes in movies distributed world-wide would be Apple, NBA and MPA.

I think that the NBA and MPA are profit seeking capitalists.
As Americans we have the right to pursue profits, all around the globe.

Apple gave China it’s technology.
If you can figure out how to build someone else’s high technology you are smart enough to build your own.

Americans stole all of its early steam engine and textile machine technology from the British.

GM has has had a significant global foot print for over 70 years.
Are GM’s interests national or global?
70% of Coke’s sales are overseas, in your mind are they Nationalists or Globalists?
Intel is at 80%
.
B School 101 – The business of business is profit, the Globe is your market.
.
As for the rest of your post, it is pure babel.
.
Does Trump think that the President should have more or less control?
Should it have a more authoritarian role?
Totalitarian role?

If you lived in Switzerland would you be Nationalist or a Globalist?
Do you own any stock in a Globalist company?

Works for me. After 75 years of America being the world’s policemen its time others bellied up to that bar on behalf of the “free world “

When you have the world’s cop shop you get to say how the world runs.
Just think about your local chief of police, and then crank it up.

Something is brewing… nations feel the need to make military alliances. However, Can Canada be trusted when it has a quarter million Chinese military actives in the country close to the border with the US and Justin Beaver Trudeau belongs as much to the Chinese s China Joe?

I trust China more than I do Canada.
Where in Canada are the 250,000 Chinese troops stationed?
How many top level fighter jets do they have in country?
Bombers?
Nukes?
Where are the the Chinese naval bases, in Canada?
Ehhhh…..

Thinking the proposed coalition “would immediately become the third most powerful military force in the world, behind only the United States and China,” seems unlikely in that the sum of the parts is likely to be less effective than the parts on their own, even with the benefit of a common language, given the lack of unified command and will to go to war. Moreover, the fact that the military spending of the four together would be the third highest in the world is hardly relevant, because in adversarial countries, say China, the military spending is laser-focused on military/political power — not on things like good salaries/benefits, paying for gender-assignment surgery, indoctrination in victimization studies and the like.

I love it. The Chinese and Russia need someone else to hold them accountable and the US can’t do it alone and will take the burden off of the US. Also, if this country gets too crazy and radical, I would love to live in the UK or NZ or Australia. Canada would be ok but too damn cold.

What makes you think UK, NZ, AU and CA will be align themselves with the US?
Trump certainly had no use for the Socialist regime in Ottawa.
He thinks that Boris Johnson is a jerk.

The largest will be at the battle of Gog and Magog. And they lose – bigly

This is like a lot of things – it looks and sounds like a great idea… They would have combined forces around the world and mobility today is much greater than in the past.

I do see that it could easily cause a struggle in time – one nation may want more control than another – are they combined or are they just partners? And that could change over time.

Interesting how the times are looking and lining up for what The Bible says will happen with the one world government and such…. And, if some little battle breaks out, it could cause a major war when so much power and so many countries get involved… But, will they “really” have each other’s backs?

I am sure the CANZUK army will be diverse and committed to the prevention of climate change. That will intimidate any adversary.

I am sure that the climate is changing, that is easy enough to measure.
I am not sure why it is changing.
Do you know?

Just wish here in South Africa we had a genuine Military that follow God and the Constitution. Sadly South Africa is so corrupt and the military are paid by ANC who are Communist puppets of the CCP. Our Police too. We only have private Security Companies to protect us (Paid by us too)

Interesting thought. As a military expression of a political alliance, it would enhance said, just as inter-collegiate projects already do. Note takers and historians please to pay attention. In the last “Great War” the named powers-states already had significant cooperation. Maritime Intel, general intel, diplomatic efforts, and military support (the RN was principal supplier to RCN, RAN, RNZN for cruisers, destroyers, and submarines – later in the war, those states were producing in limited numbers destroyers and frigates of their own.)
Diplomats and military/naval types generally hit the archives and dust them off, loooking for previous clues and solutions.
Pre 1977 this arrangement had been maintained (SEATO, 5 EYES and the like, other more directed efforts such as the Far East Strategic Reserve) but with the UK accession into the European Economic Community (EU predecessor) and with the US taking leave of it’s senses (again) things like SEATO was ditched, FESR dismantled and so on.
CANZUK makes greater sense as again the US has taken leave of it’s senses and will be throwing friends under the bus one way or another – all in the spirit of “internationalism” and “globalism” – forgetting that the greatest mass murder in history has occurred under the oversight, guidance and direction of the “international” “globalist” “transnationalist” elites. (Or the Communist, Nazi, and like Socialists.)