China and Russia are Massively Hacking U.S. – Which is Bigger Hacking Threat?

China and Russia are Massively Hacking U.S. – Which is Bigger Hacking Threat? 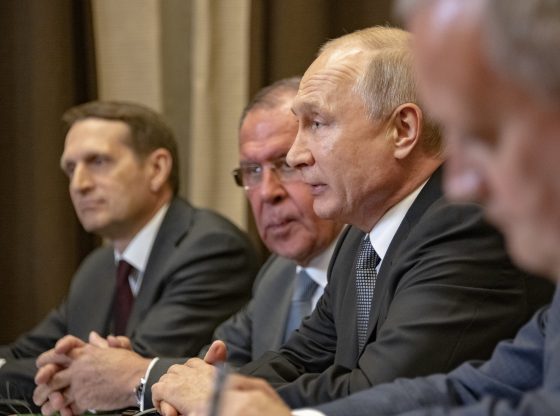 Microsoft has stated that this massive attack began with a Chinese government-backed hacking group, and has so far claimed at least 60,000 known victims globally, reports the LA Times. Many of them, the Times notes, “appear to be businesses caught in a wide net the attackers cast as Microsoft worked to shut down the hack.”

“The European Banking Authority became one of the latest victims as it said Sunday that access to personal data through emails held on the Microsoft server may have been compromised. Others identified so far include banks and electricity providers,” explained the Times.

But the Chinese hack goes much deeper. Biden’s national security adviser, Jake Sullivan, said on Twitter that the White House was “closely tracking” the reports that the vulnerabilities in Microsoft Exchange were being used in “potential compromises of U.S. think tanks and defense industrial base entities.”

However, the White House needs to do more than just “track’ these attacks. This rapidly escalating attack comes months after the SolarWinds breaches by suspected Russian intelligence. The Biden administration has focused primarily on the Russian hacks and plans retaliation against Moscow. The New York Times reports that:

The first major move is expected over the next three weeks, officials said, with a series of clandestine actions across Russian networks that are intended to be evident to President Vladimir V. Putin and his intelligence services and military but not to the wider world.

The officials added that these clandestine actions would be combined with economic sanctions — though, as the NYT notes, “there are few truly effective sanctions left to impose.” This, especially after the extensive and expansive list of sanctions imposed by President Trump against Russia.

But now the Biden administration must face the reality that Russia isn’t the only hacking threat, something Team Trump repeatedly emphasized. Russia may not even be the most serious hacking threat.

These latest Chinese backed cyberattacks may force a reluctant Joe Biden to finally accept this reality and strike back at America’s other major, if not primary, adversary: China.

US Admiral: China’s Million-Man Propaganda Army Fights to Subvert US – America Needs to Fight Back
US, Japan, India and Australia Meeting to Plan Counter-China While QUAD Leaders Also Meet For Same Goal

Joe Biden is the biggest threat along with the democrat congress

Agreed! However, Pelosi, Schumer are the threat of a decade!

Everyone is determined to destroy America and though both China and Russia are hacking our software what Biden and his crew are doing to the nation is even worse. There is no patriotism thinking left in this administration.

Keep hacking until they get a ICBM launch by accident. Then they won’t have worry about it. This whole mess is just spinning faster and faster until it self destructs with no winners.

Communist China is the greatest threat to the rest of the world’s peoples’ freedom, security, safety and prosperity than the world, as it is now known, has ever had since the beginning of recorded history.

All American citizens voted their conscience and have to live with that. If they feel they erred, then they can learn from their mistakes and get educated on the truth. Pray for Americans to turn back to God’s Word, the Bible. Jesus Christ, the promised Messiah, in Matthew 5 did not come to abolish the Law of Moses, but to fulfill it. Christ bore our sins on the cross and became a curse for us that those who place their complete faith and trust in Him, will be pardoned of all their sins and promises to give you an inheritance with the saints, by the power of the Holy Spirit. Pray that God will raise up new leaders and raise a standard of righteousness to fight for truth and liberty. God bless.

Dems collusion with Russia and the CCP to commit election fraud
Don’t wait today MUST sue Nancy Pelosi for gross negligence causing the wrongful dead of Ashli Babbit in the Capitol riot, she was unarmed, who gave those orders to the the Capitol police to shot an unarmed person without first giving prior notice of that they will be shooting at them , violating the law.
No one is above the Law not even the POTUS, Nancy fired the experienced Capitol chief of police days before the riots and placed an inexperienced person to be in charge, refused the offer from the POTUS TRUMP to have 10,000 troops to stop riots in DC, there are multiple videos that show how the Capitol Police let the rioters in the Capitol and also guide them to the chambers then inside to ambush them and gun down an innocent person.
We The People want the Law to be upheld even to everyone, no one is above the LAW.
Now the say the Capitol police that shot Babbit is in hiding who is helping him to do so, and why they haven’t open an investigation!!!.

The SOLAR WINDS attack on the US Dept of the Treasusry was to dermine the Evidenciary Data held by the Dept of the Treasury on those who sold out the 3030 Election fraud. The Treasury Investigation started compiling the Data since October of 2018 under EO 13848 foreign powers wanted to secure the intel before the incoming Biden administratios ordered it destroyed.
Simple to figure out really.

YOU VOTE IT OUT~!

The Plan Is Simple and Stupid. 1.) OVER-POPULATE AMERICA With WIDE-OPEN BORDERS. …2.) OFFER FREE EVERYTHING UNTIL “ALL OF AMERICA” … BECOMES “DEPENDENT” … On LARGE GOVERNMENT. …3.) The DOWN SIDE? You give complete CONTROL AND ALL YOUR FREEDOM’S To The BIG GOVERNMENT. … 4.) YOU Become A SLAVE Accepting Scraps. (Little to NO EDUCATION? itty-bitty Government Monthly check? Shoddy Medical Care.) … 5.) Get YOUR Rear End Beaten Into Submission. .. #6.) COMMUNISM BABY. . Is A SCARY DISGUSTING CHOICE. … 7.) It is ALMOST TO LATE To STOP IT! … How do you STOP IT? … You VOTE IT OUT!

First Debbie Wasserman Schultz hire the 3 Pakistani IT guys to maintain her computer systems. Then she introduced them all of her colleagues around D.C. – even getting them access to the White House. Pakistan has excellent relations with both Russia & China. Then Hillary Clinton played fast and loose with classified and James Comey covered in up. Then Hunter Biden was photographed partying in his hotel room in China with drugs and “hookers”. Want to bet those “hookers” were not also spies? Alone with passed out Hunter and all of his electronic devices. Makes you wonder just what kinds of spyware they could have placed on those devices and what capabilities that spyware had to migrate to every device Hunter communicated with. Then from device to device on down the line.
Remember – these are the very people who told us Trump could not be trusted with classified.

If anyone thinks the Obiden bunch will do anything to benefit The USA you are living in La La land. They do everything for themselves.

China Joe Biden and his Clan of Grifters has committed a form of treason against the USA.. He is a Quisling. His son still has deep financial ties to the CCP. The Bidens care nothing about the USA–only the foreign powers who are unfriencdly to the USA are friends of the Bidens.

Wow, there are a shit-load of whack-a-doodles commenting here.