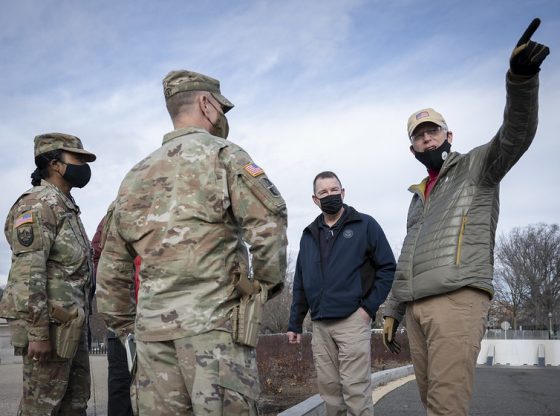 Plus did a Capitol Rioter/Army Reservists have a Hitler moustache?

These recruits were promised citizenship in exchange for military service. Now they Fear the US has forgotten them

For a small group of young immigrants who were pitched a dream of gaining U.S. citizenship through military service, even a call home can jeopardize their status and flag them to the FBI.

Military strained to find enough Guard members to serve at Capitol after a year of repeated deployments, officials say

Army reservist charged in Capitol riot had a Hitler mustache

An Army reservist charged with taking part in the attack on the U.S. Capitol was known as a Nazi sympathizer who wore a Hitler mustache, coworkers told federal investigators.

the world is spiraling into to the danger zone, and we have a brain-addled president with dementia. perfect.