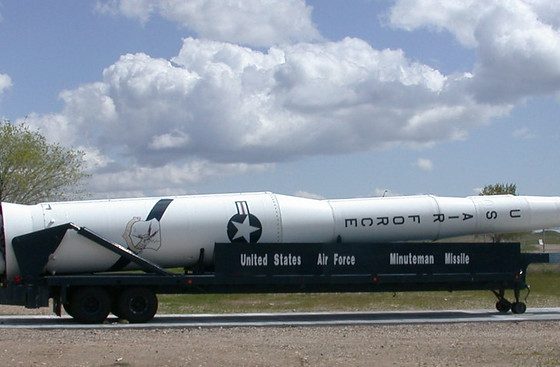 FOR YOUR EYES ONLY – Today’s PDB includes the China Threat to Dominate Latin America, the Russia Threat to the U.S. Homeland, Possible upcoming North Korea ICBM Test, U.S. Special Operations Update. Plus, how the Pentagon is countering the danger of ‘aggressive’ foreign investors.

Just as top U.S. defense and diplomatic officials are meeting with allies in Asia to find ways to counter the threat from a rising, more aggressive China, a key military commander is warning the front line in the competition for global dominance between Washington and Beijing is much closer to home.

The four-star general who oversees the military command dedicated to defending the U.S. from attack says Russia remains the most “acute challenge to our homeland defense mission,” even as attention turns to China as the biggest emerging threat.

North Korea might begin flight testing an improved design for its inter-continental ballistic missiles “in the near future,” the head of the U.S. military’s Northern Command said on Tuesday, a move that would sharply increase tensions between Pyongyang and Washington.

U.S. special operations troops have launched a mission to assist counterterrorism forces in Mozambique, where there are growing concerns about escalating violence by Islamic State militants.

The Pentagon’s lead innovation office expanded its business accelerator to compete against “aggressive” foreign investment possibly tied to unfriendly governments and instead is courting U.S. investors to push its desired products to market.

I appreciate your PDB!

And we have a leader that is incoherant,incompetent,puppet, that senario, is a living nightmare for America.

We have a new guy now.
The  incoherent, incompetent, fat, loud mouthed bore is gone.

YEA
& A COMMUNEST DEMOCRAT IS IN
DESTROYING AMERICA
A PROUD MOMENT FOR IDIOTS !!!!!

I am proud that we have eliminated an Authoritarian in the style of Putin.
Their leadership style is so similar.

You have to label them to hate them.
And use all caps.
XpresidentRump style.

Name 1 accomplishment from Bungaloo Joe. Even Jimmy Carter was off to a better start than this fool.

Do you have list for Trump?
Why do you use such demeaning names for the President of the United States.
It is hurtful an cruel.
Trump would never do that.
He is to smart.

But but our troops are trained trannies, they are woke and get their operations free, and the pregnant ones, well they have to fight anyway in their special uniforms. Paul, i see no problem, can you address it further?

The M to F trannies gross me out.
With F to M trannies you still have all three penetration options.
I love talking about sex as much as you do.

If Trump had won Russia would be no problem.
Putin loves Trump.
He has made generous donations to his campaigns.
Not cash of course.
Just support services.
No wet work.