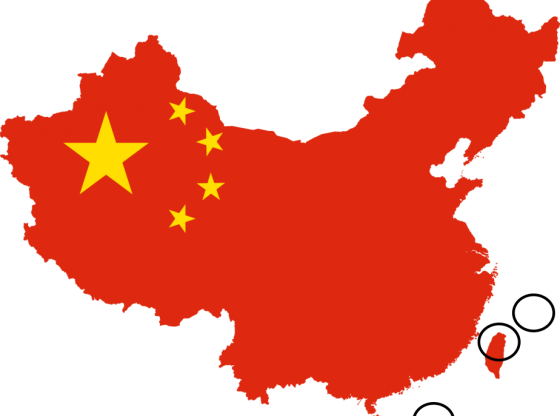 The Chinese Communist Party (CCP) leadership has been testing President Joe Biden in the Pacific since before he assumed office, but increasingly since January 20. As I have written, China has flown dozens of combat aircraft near America’s island ally – Taiwan – and announced a policy allowing its coast guard to fire on foreign vessels in the South China Sea (SCS) and elsewhere. More recently, China has been bullying Japan and threatening Japan’s Senkaku Islands.

While there are several more, these are likely the three biggest flashpoints in the Pacific today – Taiwan, and Taiwan Straits, the South China Sea, and Japan and the Senkaku Islands.

As CNN notes: “Analysts say such moves are likely only the beginning of what is expected to be a potentially uneasy initial relationship between the new Biden administration and Beijing.”

After Team Biden’s disastrous first meeting with Chinese officials in Alaska, where Chinese officials berated the U.S. for over 15 minutes uninterrupted, expect the tests to increase and become more serious. Carl Schuster, a former director of operations at the US Pacific Command’s Joint Intelligence Center told CNN:

China often uses a series of ‘tests’ to determine a competitor’s intentions or willingness to respond to China’s actions.

Schuster added that the next tests from Beijing could include large-scale military exercises near Taiwan or using its armed coast guard to stop foreign vessels in the name of enforcing Chinese maritime laws. China will be trying to see where Team Biden’s “red lines” are, said Schuster.

Expect these Chinese tests to center around the three major flashpoints noted above.

China is obsessively focused on retaking what it considers the renegade province of Taiwan, increasingly conducting invasion drills near the island. In response, U.S. warships transited the Taiwan Straits separating Taiwan from China, 13 times in 2020, according to the U.S 7th Fleet – an all-time high.

Under President Trump, the U.S. ramped up its commitment to Taiwan in other ways as well by approving the sale of sophisticated military hardware to Taipei, including F-16 jet fighters, advanced offensive missiles for the first time in four decades, and main battle tanks, while sending high-level representatives to the island.

Despite initial concerns of a Biden pullback on Trump China policies, recent statements from Team Biden suggest there will be no pullback on these actions backing Taiwan. Biden even invited Taiwan’s de facto Ambassador to the U.S. to his inauguration.

However, expect a big Gray Zone test for Biden on Taiwan soon.

China illegally claims almost the entire 1.3 million square miles of the South China Sea creating potential conflicts with most of its smaller neighbors including: Philippines, Vietnam, Malaysia, Indonesia, Brunei, and Taiwan. As I have noted, these claims have been rebuffed by the U.S., UN, and international tribunals, but that has not stopped China.

Since 2014 it has built up small reefs into man-made artificial islands to establish their presence and de facto control of the area. While initially claiming the islands would not be militarized, China has since reinforced these new outposts with missiles, airfields, and other armaments. It has also recently increased the frequency and size of its military drills in the area.

Under Trump, the U.S. officially rejected China’s claims and increased its Freedom of Navigation Operations (FONOPS) by sending warships and aircraft throughout the SCS. Hopefully, these operations won’t diminish under Biden.

CNN notes that during his campaign last year, Biden said that as vice president he told Chinese leader Xi Jinping how the US military would deal with Beijing’s self-declared air defense identification zones in the region. “I said we’re going to fly through them … We’re not going to pay attention.”

While continuing these FONOPS are critical, expect China to challenge the status quo by devising a new Gray Zone test for Biden in the SCS.

The U.S. alliance with Japan is one of the most important in the Pacific with the U.S. Navy’s powerful 7th Fleet based in Yokosuka, and Kadena Air Force base in Okinawa (known as the ‘Keystone of the Pacific’) hosting F-15 jet fighters and P-8A anti-submarine warfare planes, and the island also serves as the base for the Marine Corps’ Third Marine Division.

Japan’s Self-Defense Forces are one of the world’s best militaries, and Japanese troops regularly train with their U.S. counterparts. Recently that training has been focused on defending Japan’s far-flung island chains from Chinese invasion and encroachment. The biggest flashpoint here includes Japan’s uninhabited Senkaku Islands over 1,000 miles from Tokyo.

Late last year, China attempted to assert its claims on the islands, which it calls the Diaoyus, with coast guard vessels swarming and surrounding the islands for record lengths of time. Since February Chinese ships continue to enter Japanese waters near the islands.

However, China is not likely to invade the islands. Instead, expect greater Gray Zone tests employing its coast guard to possibly board and inspect foreign ships in the waters around the islands.

How Biden responds to CCP Gray Zone tests in any of these or all three Pacific flashpoints could lead to even greater Chinese tests, or to actual conflict.

INTELLIGENCE – Iran Plans to Attack Vital US Base in Washington DC, and Kill a Top US General
Growing Media Coverage of Biden’s Border Crisis Spotlights His Failed Policies and Derails his Agenda

The Marshall Islands Are Key…

China Backs Down in South…

Under the Obama administration, John Kerry took the stupid action of ending the Monroe Doctrine. I had hoped President Trump would have reinstituted that doctrine. Alas, he did not. Peking Joe will never do so, nor will Tehran Kamala…yet it would be, IMHO, a bold countermove to what China is doing in the SCS. I would then institute a policy of performing health and welfare inspections of all Chinese flagged vessels to and from Venezuela ports. Any contraband found would be seized under international law…

What we need to do is to send an unarmed merchant ship near where China claims their waters start, with a nuclear attack sub underneath. When the ChiComs fire at the American ship, the sub fires a torpedo back and sinks the ship. Sometimes the only thing a bully understands is someone to bloody his nose.

Of course he will, he is halfway up China’s azz anyway !!

It is a shame that America does not have a real President. China would never have pressed President Trump they are doing to Biden – The Republic Standard News is appealing to the Texas State Republican Senators and Congressmen to start abolishment proceedings against the Biden administration – which is not insurrection are revolution unless it comes to, if needs be, a force of arms. The Declaration of Independence makes it every citizen’s RIGHT, as well as, more importantly, our DUTY to abolish the damaging Biden administration. All patriotic Americans must participate to make this abolishment come to fruition if we are to save our nation – and do not start talking about will get the House and Senate back in the midterm election. Biden is allowed to continue along the course he has chosen there may not be enough of America’s initial endemic and ethos as our founding fathers intended when they established the Declaration of Independence and our United States Constitution.

Query: Will Nancy Pelosi be approaching the Joint Chiefs about preventing non compos mentis Joe about getting access to the nuclear codes?

I’m really surprised we have not been attacked already. The U.S. has never been weaker and more vulnerable than it is right now.

More gifts for the Biden Crime Syndicate as usual at the expense of our country. Of course they remained silent during the berating of the United States – guess we’re respected by the world now.

This is absolutely one of the scariest things I’ve ever read, except for the book “Ghost Fleet”. Most of America is not paying any attention to what China is doing. And people have totally forgotten it is Communist China.

India and Japan are the key to restraining the CCPs ambitions and preventing the fall of the Republic of Taiwan, the purest Constitutional Republic in Asia.
If the CCP successfully takes Taiwan, the Japanese will lose access to the SCS and also be challenged on three fronts in regard to the Senkakus. That would not end well for Japan, and the PLAN would have unconstrained access to the Pacific.

Pray that China doesn’t invade Taiwan – remember when Russia invaded Ukraine under Obama/Biden? Russia took over a third of the country and Obama sent blankets and MREs

Another target, and perhaps equally “gray,” would be Pratas Island, owned by Taiwan, closer to China than to Taiwan and inhabited only by about 500 Taiwanese military personnel. After all, Putin invaded Ukraine, killing a lot of Ukrainians, and still holds the chunks of it that he conquered, with minimal push-back from the US/Europe.

This sounds an awful lot like a prearranged setup between Joe and his team and China for yet another military action somewhere.