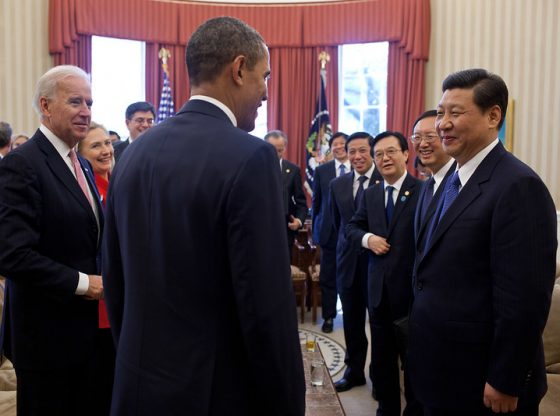 As China daily ramps up its threats and bullying against small neighbors and major powers alike, a few excellent books help shed light on the Chinese Communist Party’s (CCP’s) hegemonic ambitions, covert strategy, and the West’s lack of response. One of the best is Stealth War by Brigadier General Robert Spalding, U.S. Air Force (USAF), retired. Spalding is a Senior Advisor with the Center for American Defense Studies (CADS). 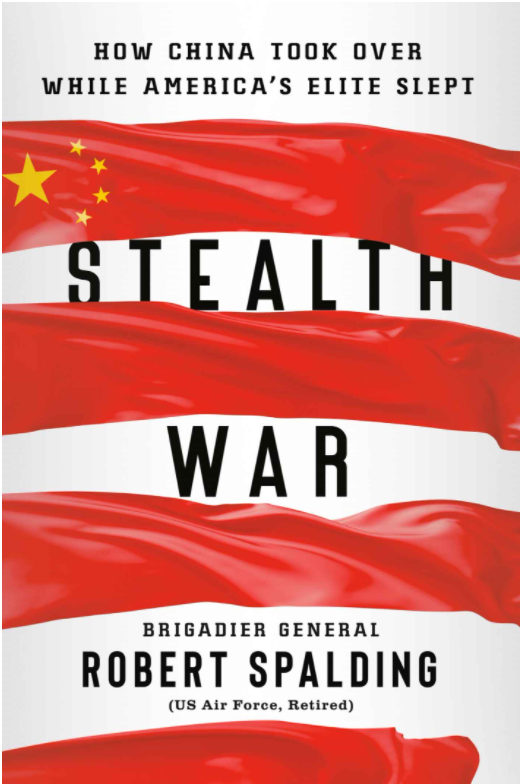 While the book was written in 2019, it is as important today as it was three years ago. And Dr. Spalding’s expertise is unmatched. He most recently served as Senior Director for Strategy on the National Security Council (NSC) under President Donald Trump. There he was the chief architect for the still current 2017 National Security Strategy.

Earlier Spalding was a China strategist for the chairman of the Joint Chiefs of Staff and the Joint Staff at the Pentagon. Dr. Spalding also served as the senior defense official and defense attaché at the U.S. Embassy in Beijing.

As I have often noted, the media and some partisans often suggest that Russia poses the greatest threat to America’s national security. And yes, Russia is a serious threat, and the only country able to destroy the U.S. with nuclear weapons. However, as Spalding notes, the real long-term danger lies farther east.

China has the economic muscle and growing power to try to supplant the U.S. as the world’s primary superpower by 2049 – the 100th anniversary of the founding of the People’s Republic of China.

Spalding argues that while those in power have been distracted, China has waged a six-front war on America’s economy, military, diplomacy, technology, education, and infrastructure – and they’re winning. Per his book summary:

In Stealth War, Dr. Spalding reveals China’s motives and secret attacks on the West. Chronicling how our leaders have failed to protect us over recent decades, he provides shocking evidence of some of China’s most brilliant ploys, including:

Spalding’s concern isn’t merely that America could lose its position on the world stage. More urgently, the CCP has a fundamental loathing of the legal protections America grants its people and seeks to create a world without those rights.

China ruled by the CCP threatens the U.S. constitutional system and the entire democratic world.

While some say that it’s almost too late to undo the shocking, though nearly invisible, CCP victories, President Trump and his team finally pushed back after three decades of American leaders ignoring or enabling China’s rise. Despite all the damage done so far, Spalding shows in his great book – Stealth War – How China Took Over as America’s Elites Slept– how it’s still possible for the U.S. and the rest of the free world to combat – and win – China’s stealth war.

If only President Biden and his team will build on Trump’s successes in the fight against Chinese dominance.

The headline suggests you haven’t a clue. The elites sponsored China and nursed them along deliberately. Their intended goal was to replace America with communist China.

Our Country is in trouble and all the Leaders care about the Dollar.. I sent a message to my Senator 2 weeks ago and still waiting for a response.. Our Leaders certainly care about us..

Bidens too stupid to see something coming right at him, as well as the rest of the Democratic party. When the Chinese march down Pennsylvania Avenue and declare or Constitution illegal and no longer in affect. When our flags are declared illegal, then maybe Wash DC will wake up. Only it will be too late. Goodbye America

The corrupt satanic Nazi democrats weren’t sleeping, they were aiding the ChiDems every step of the way while the moronic corrupt republicans partied it up!

Our “elites” weren’t sleeping. They were helping. As we lost nearly 30 million jobs and hundreds of billions in tax revenue, China’s trade deficit with us went through the roof. . . $317 billion plus in 2019 and more than $9 Trillion over 20 years. Look at the lobbying by Americans for foreign entities under FARA, the Foreign Agents Registration Act. While Manafort was lobbying for Russia, everyone else in Washington was lobbying Congress to keep them from enacting any kind of protection for the American people. Chinese agents all got rich. . . especially the largest distributor of Chinese-made products in the World, Jeff Bezos at Amazon. We have already lost the economic war. And we did it to ourselves.

WE THE PEOPLE (aka SILENT MAJORITY) had countless opportunities to have stopped this nightmare, but we chose to give the DEMOCRATS what they expected of us, to REMAIN SILENT!

Thus, making us equally complicit in the fraud perpetrated against United States Americans!

Hidenbiden is in china’s pocket, how dangerous is that, u bet it’s bad news,senile,old,fool,puppet,frail,slo,joe is a pushover, and china knows it. He is a danger to our national security, because his foreign policy is a joke. like him.He is the laughing stock of the world, with allies and adversaries, everyone can see his mental faculties are absent, he isn’t fit to lead, and neither is activist, harris. China is years ahead of us every where thanks to bush,and obummer who did nothing while they built up everywhere. Trump is the only one that kept china in check, they knew he was no bullshitter, like hidemeawaybiden.

“If only President Biden and his team will build on Trump’s successes in the fight against Chinese dominance.”
Yeah, right. If only Adolf Hitler had pursued peace, the Holocaust and WW2 wouldn’t have happened.
We need a policy of brinkmanship and the isolation (even a derecognition) of Communist Red China. But it simply isn’t going to happen.

America’s “elite” were not asleep…they were padding their portfolios…

Is hilarious the CCP is trying be the leader by destroying everyone around like they are doing to their own people, everything the CCP touches becomes a necrotized society, the CCP killed 69million Chinese and enslaved the rest, a tyrannical regime will always destroy never creates, expect worse than the dark ages under the commies.
Don’t wait today MUST sue Nancy Pelosi for gross negligence causing the wrongful dead of Ashli Babbit in the Capitol riot, she was unarmed, who gave those orders to the the Capitol police to shot an unarmed person without first giving prior notice of that they will be shooting at them , violating the law.
No one is above the Law not even the POTUS, Nancy fired the experienced Capitol chief of police days before the riots and placed an inexperienced person to be in charge, refused the offer from the POTUS TRUMP to have 10,000 troops to stop riots in DC, there are multiple videos that show how the Capitol Police let the rioters in the Capitol and also guide them to the chambers then inside to ambush them and gun down an innocent person.
We The People want the Law to be upheld even to everyone, no one is above the LAW.
Now the say the Capitol police that shot Babbit is in hiding who is helping him to do so, and why they haven’t open an investigation!!!.

Is hilarious the C CP is trying be the leader by destroying everyone around like they are doing to their own people, everything the C CP touches becomes a necrotized society, the C CP killed 69million Chi nese and en slaved the rest, a ty ran nical regime will always destroy never creates, expect worse than the dark ages under the com mies.

Is hilarious the c c p is trying be the leader by destroying everyone around like they are doing to their own people, everything the c c p touches becomes a necrotized society, the c c p kil led 69 mil lion Chi nese and en slaved the rest, a ty ran nical regime will always destroy never creates, expect worse than the dark ages under the commies.

Some of us were awake, trying to get the elites to see what was going on right under their noses. They did not want to see though, and they do not want to see the problem now. I think that we are our own enemy, due to the lack of care that Biden has had with China. I just know that he will be teetering toward China because of all of the money that he has made in his son’s business ventures with China.

All Americans did not sleep. The American political leaders have been selling us out to China and Russia for years. They will do and say anything for a dollar. That spilled over into the higher education bunch for those big buck donations which lead to big buck salaries. On top of that our glorious leaders sold us to the unions and special interest lobbyists for campaign funds to keep them in power. The never-ending wars we seem compelled to fight and our wasteful programs keep us deeply in debt so we can’t afford to keep up with those that might harm us. My hope is that first, China bought what was sold to them by a bunch of scam artists starting with Obama and Clinton for the sake of some bucks and finds out that secondly, they have seriously underestimated the strength and will of the American people, and third, that there own global ambitions have spread them to thin to defend their no longer hidden agenda.

Biden has read the book title and already forgotten what it is about. Pathetic!