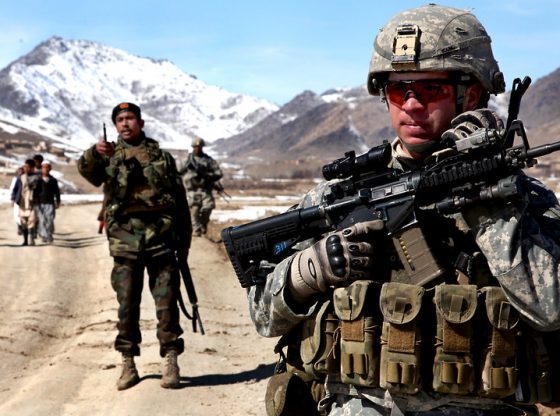 Plus, what is behind the reported Iranian plan to attack a base in Washington, DC?

And the Pentagon to house illegal migrants on military bases.

‘Running for the exits pell-mell by May 1 is dangerous,’ said HASC Chairman Rep. Adam Smith, who backs pulling out ‘responsibly.’

The Biden administration has been so slow to nominate staff that it is “unlikely that his security agencies will be fully staffed until fall.”

“The United States and European countries are closing ranks to respond to what the U.S. calls ‘aggressive and coercive’ behavior by China, days after the U.S. and its allies launched coordinated sanctions against Chinese officials accused of rights abuses in the far-western Xinjiang region.”

Why Nigerian Schoolchildren Keep Getting Kidnapped: A Brutal Business Model That Pays

There’s a “kidnap-for-ransom economy” in Nigeria, and it’s probably much bigger than you think. The Wall Street Journal put together the available data going back to 2014 and delivers this look at a disrupting trend in West African security.

If Iran’s alleged plan to launch a suicide boat attack on Fort McNair in Washington, D.C., sounds nuts, that’s because it is. But what could be behind the reported threat?

The Pentagon on Wednesday approved a request from the Department of Health and Human Services to temporarily house unaccompanied migrant children at two Texas military bases.

What the hell is wrong with this country? The Pentagon should not be housing illegal beaners. They exist to defend the land not destroy it.

How Stupid is that ?

This is to President Biden: I Know Korea, I have. been to Korea, and, Mr President: you ain’t got a chance, against Korea. Let someone who recognizes Korea, handle things.
James M.

The only thing that is going to get us through the mess Democrats made is the Good Lord! No one in Washington especially Biden knows what the hell is going on!

If our government is so foolish to spend so much money on illegals then by all means have Pentagon house them on military bases but not US States bases, sent them to S. Korea, Japan, Germany, UK, Syria, Saudi, Afghanistan, etc. There are even US military bases in Ecuador, Honduras, Cuba. Send them to one of these places. Heck, for a few dollars more maybe even N. Korea or China might take these illegals even tho’ we have no bases there.