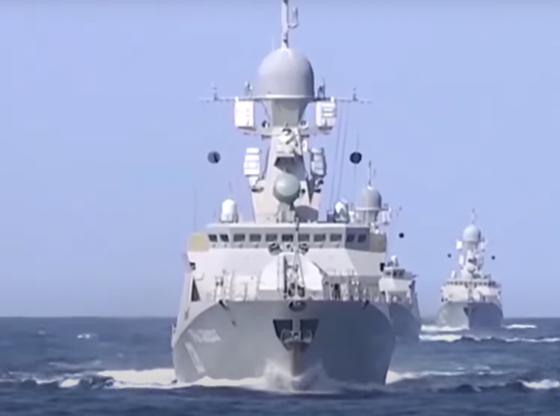 FOR YOUR EYES ONLY – Today’s PDB Includes national security hot topics such as when the U.S. will leave Afghanistan, mobilizing U.S. allies against China, Russia’s Hypersonic missile threat, should South Korea join the Quad, and did Biden help South Korea pay Iran a $1 billion ransom?

Plus, should the National Security Agency (NSA) be allowed to hunt cyber threat actors inside the United States?

Why Is U.S. National Security Run by a Bunch of Benchwarmers?

‘We Will Leave’ Afghanistan Likely This Year, Biden Declares

The United States will remove all of its troops from Afghanistan likely this year, President Joe Biden declared unequivocally on Thursday, but not by the May 1 deadline outlined in the peace agreement with the Taliban signed under the previous administration.

The Russian Navy Is Becoming A Mach 9 Hypersonic Killer

The United States and other Western countries are waging a psychological war on Russia to try to undermine President Vladimir Putin and state institutions, an adviser to Russia’s defense minister said.

Republican foreign policy leaders in Congress are pressing Secretary of State Antony Blinken to fully disclose the contents of secret talks with South Korea that are believed to have paved the way for that country to hand Iran $1 billion as part of a ransom payment.

On Thursday March 25, 2021 the Senate Committee on Armed Services held a hearing on the U.S. Special Operations Command and the U.S. Cyber Command in review of the Defense Authorization Request for Fiscal 2022. Watch video.

After SolarWinds hack, Gen. Nakasone welcomes a fix for the cybersecurity ‘blind spot’ against Russia, China, but others cite privacy concerns.

Right off under Biden none of this will ba accomplished. The democrats have a terrible history of always being on the wrong side of our military. Case in point Clinton & Obamy ground up 1000’s of out best and brightest patriots in futile recent wars while drones hid out in college and basements. Trump in less that 3 years turned out military loose and did what they are trained to do, killed the enemy and crush him to the point he is impatient.