Despite every attempt by Team Biden to deflect, dissemble, disinform or blame Trump, it is almost impossible for impartial observers to ignore how President Biden’s radical immigration policies created the current border catastrophe. But for those who still refuse to accept the facts, a Washington think tank has created a very persuasive ‘data tracker’ to highlight the Biden policies fueling the illegal migrant surge.

With this tool, the cause and effect becomes fairly clear.

As part of its ‘Data Visualization’ effort, the Heritage Foundation recently produced a color-coded ‘data tracker’ to quickly and easily identify actions taken by the Biden Administration in 22 areas of immigration policy, and contrast them to efforts by Team Trump. It will be continuously updated as Team Biden takes more actions.

Many of Biden’s actions directly overturned or reversed actions and policies taken by former President Trump to secure the border and create a more orderly flow and process for legal immigration. These Biden policies quickly forced through in the past two months, and simply the anticipation of these highly publicized policies since Biden’s election, are the primary cause of the surge and border crisis.

The 22 areas of immigration policy covered by the Heritage ‘data tracker’ include:

These, and the rest of the 22 areas in the graphic tables, are then broken down into four color-coded categories identifying how they stand under Biden versus under Trump:

When you click on each category it provides a brief description of the policy and how it has been changed or eliminated by President Biden. From this fact-based table and data effort, it is clear how the Biden efforts have quickly promoted the current surge and crisis.

To see for yourself – Go to ‘Biden Administration’s Border Catastrophe—A Policy Tracker.’ 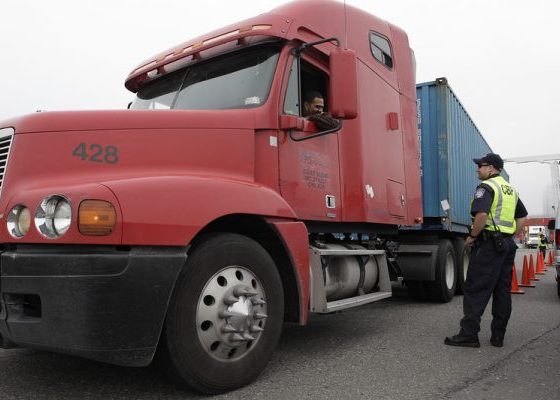 Biden is a senile moron, the rest of the demoncrats hope to be.

He’s the best they have, they say so!

TO HELL WITH PELSOI AND HER DUMB 4 GUARDS FOR EVERY CONGRESS PERSON , SCREW THAT SEND THOSE GUARD DOWN TO THE BORDER AND PROTECT OUR BORDERS NOW.!!! SHE AND THE OTHERS DON’T NEED THAT KIND OF PROTECTION BUT THE CITIZENS OF AMERICA DO AND ESPECIALLY ON THE THE SOUTHERN BORDER.

Barbra, do you really think Congress is interested in protecting YOU?

LISTEN UP…PREZ BIDEN Needs to PAY for the BURIAL of the 9YR Old GIRL Who Just DROWN in the RIO GRANDE. HE invited IMMIGRANTS to the BORDER. THEIR LIVES are in HIS HANDS. HOW MANY More are Going to DIE or Get KILLED???? DON’T TELL ME…Theres NO BORDER CRISIS. IT Brings TEARS to MINE EYES…What the PEOPLE are GOING Thru. From SamuraiQueen. 😩😩😩

For crying out loud, S-T-O-P calling them “migrants”. They are ILLEGAL ALIENS. Just remember, a country is defined by its “Language, Borders, Culture”… don’t let the left continue to destroy AMERICA !!!

The correct term is “INVADER”

We have 10 to 20 million ILLEGALS in this country. Why are people attacking Asian people who are here legally or maybe even born here ???

We need a “think tank” to point out the obvious?

[…] I have written on several occasions, coinciding with his inauguration, President Biden has created a massive illegal […]