How China’s Regime Manipulates U.S. Elections and Investments in U.S.

How China’s Regime Manipulates U.S. Elections and Investments in U.S. 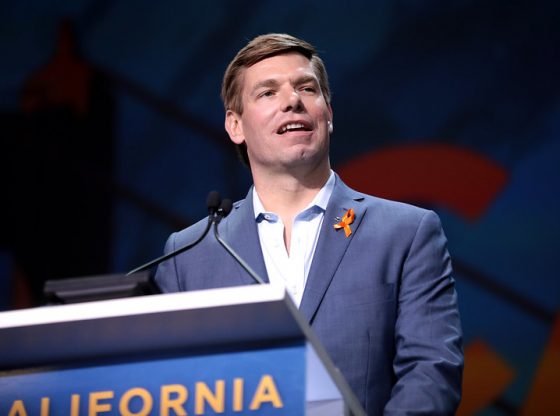 A top advisor to the Chinese Communist party (CCP) gave a speech in 2016 which has been recently revealed to outline China’s multi-pronged grand strategy to defeat and replace the United States as a world power. I introduced this plan in my earlier piece here. In this, and subsequent articles, I will detail specifics of China’s grand strategy, according to this Chinese political scholar and CCP advisor.

As part of the CCP’s strategy to weaken the U.S., and aid China, said Jin Canrong, a professor and associate dean of the School of International Studies at Beijing’s Renmin University of China, the CCP is strategically investing in U.S. congressional districts, and cultivating up-and-coming congressmen. We have seen this most clearly in the recent scandal involving Democrat Representative, Eric Swalwell, who I wrote about earlier.

Swalwell was caught in a compromising relationship with an alleged Chinese spy who raised money for his campaign and placed one or more interns in his office.

Despite this revelation, Swalwell was placed by House Speaker Nancy Pelosi on the House Select Committee on Intelligence – and even more dangerously – on the subcommittee overseeing the CIA.

Hand-in-hand with China’s effort to influence the U.S. political system, ramping up Chinese investments in the United States is another way to exert influence, noted Jin Canrong, as reported in TET. He added that this investment tactic has the extra benefit of enriching Chinese business people and the CCP:

“The investment opportunities in the United States are relatively good,” he said. “The U.S. market is open—more open than the Japanese and European ones,” he continued, adding that its benefits include its size, transparency, and stability.

He said the Chinese regime wants Chinese business people to control the U.S. market, and also for them to develop their businesses in the country.

A major step toward this ‘investment influence’ goal, are Chinese attempts to negotiate a U.S.-China Bilateral Investment Treaty (BIT). The CCP has actively enlisted the help of U.S. companies wishing to enter the Chinese market, as well as the U.S.-China Business Council to advocate and lobby for the signing of a BIT. This highly beneficial agreement to China was actively negotiated during the Obama-Biden years, but thanks to former President Donald Trump, it was dropped during his term.

The Chinese regime also displays a deep and incisive understanding of domestic U.S. electoral politics and how to influence and undermine the process. Using both money and espionage to achieve its objectives.

As the Epoch Times (TET) reported that:

Jin Canrong suggested that the CCP should interfere in U.S. elections to bring pro-Beijing candidates to power. He singled out races for seats in the House of Representatives as an easy target.

“The Chinese government wants to arrange Chinese investments in every single congressional district to control thousands of voters in each district,” Jin said … If China has thousands of votes on hand, China will be the boss of the candidates.”

Jin said China’s ambition is to control at least the House.

“The best scenario is China can buy the United States and change the U.S. House of Representatives into the second Standing Committee of the National People’s Congress,” he said, referring to the committee that oversees the CCP’s rubber-stamp legislature.

Next report will discuss how China builds up America’s enemies and creates international crises and challenges to keep the U.S. distracted, while it continues to work on its plan to defeat and replace America.

As they say, putting the fox in charge of the hen house.

Oh well.. One day closer to The Rapture!

A REAL good man back in the 70’s said on his radio broadcast the OUR government will be stupid enough to let these COMMUNIST bastards to walk right in the front door after all of our men and women fought and died for our free country. Paul Harvey and sure as he’ll he was right
The ignorance of DAMOCRAPS is TOTALY intolerable . they all should be in prison and facing a firing squad . For violating the rights of the citizens of UNITED STATES OF AMERICA. NOT ONE DAMOCRAP POLITICIAN OR RINO SHOULD GO UNPUNISHED !!! AND SEVERLY AND PUBLIC EXECUTIONS SHOULD NOT BE OFF THE TABLE !!! WE ALL KNOW THAT THIS “” THING””” biden is not a president. He is a mentally deranged individual that should be in a rubber room till his passing. And PEEELOUSI and hillary should be executed by firing squad 5 years ago AT LEAST !!! NONE OFTHEM SHOULD BE ALOUD TK DRAW ANOTHER BREATH. AND ALL THAT THINK THIS IS A GOOD THING !!! SHOULD GO AS WELL. I HAVE TAKEN MY KIDS FROM SCHOOL AND MOVED TO THE STICKS. I WILL NOT SUBJECT MY KIDS TO THIS IGNORANCE OF DAMOCRAPS THEY ARW BEING TOUGHT SURVIVEL SKILLS HOW SET TRAPS SHOOT GUNS AND AND HAND TO HAND COMBAT. AND WITH THE FRIENDS THAT FOLLOWED AGREE THAT ALL REAL AMERICANS SHOULD BE DOING THE SAME . Do not allow the IGNORANCE rub off on you. We all love our free country and are willing to die fighting . I hoped and prayed Paul Harvey was wrong . The. man was near genius . this. country will become just like. communist China , Venezuela. north Korea . No one will be. safe with idiots like we have in Washington. We HAVE TO SRAD UP FOR OUR FREE COUNTRY AND OUR REAL AMERICANS AND THOSE THAT CAME HERE FOR THE BETTER WAY OF LIFE. I DONT EVEN CIME CLOSE TO CARING WHAT COLOR YOU ARE . YOU ARE HUMAN !!! WE ALL BLEED WE ALL LIVE , LOVE , AND LAUGH. SO THIS BULL CRAP OF RACISM IS ONLY HAPPENING BECAUSE OF THISE DAMOCRAPS. WE ALL DESERVE A REAL LIFE OF PEACE NOT WAR .

We know how the Corona virus was designed in the Wuhan Weapons Virology Labs.. Dr Fauci the highest paid government official in the U.S. Government is paid more than the President of the USA, gave Tax payer money to China and Fauci was in China assisting the Chinese researchers as they worked on Gain of function.. When Fauci left to return to the NIH he warned the Chinese not to play around with gain of function which means to alter a virus in the labs to be more virulent a more deadly killer.. Soon thereafter the CCP knew they had a problem but kept it quiet–they walled off Wuhan to protect the rest of China–they lied to the world–they have never admitted how many dead they had.. Our astronauts circling the Earth daily in the space station reported that they could see the funeral pyres Fires from outer space in a remote area of China.. The CCP then sent their diseased citizens world wide deliberately running a world wide experiment to see just how deadly the designer virus was as a killer of human beings. This is how they will rid the Earth of all but the Chinese Race and all of Earth’s assets will be their property with no damages to repair. We also know they are experimenting with DNA to make their soldiers superhumanly strong Militarily they are ahead of the USA. . .