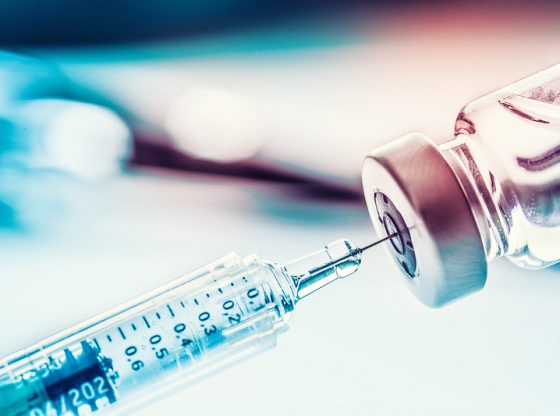 Even as Russia adds bleeding edge hypersonic missiles to its nuclear arsenal, and China is frenetically doubling its nuclear force by 2030, two far left Democrat representatives have submitted a bill to shift the funds for a new U.S. Intercontinental Ballistic Missile (ICBM) to replace our ageing land-based nuclear missile deterrence force, to vaccine research for future pandemics. The cutely phrased Investing in Cures Before Missiles (ICBM) Act, offered by Sen. Edward Markey, D-Mass., and Rep. Ro Khanna, D-Calif., would curtail, if not eliminate spending on the Air Force’s Ground Based Strategic Deterrent program.

It is the second attempt by left wing Democrats to eliminate funds for a much-needed new ICBM.

If enacted, the ICBM Act would prohibit the U.S. government for using fiscal 2022 spending on the GBSD program and the National Nuclear Security Administration’s W87-1 warhead modification program.

Instead, $1 billion of unobligated funds from the GBSD program would be transferred to the National Institute of Allergy and Infectious Diseases for research on a universal coronavirus vaccine that would protect against future pandemics. Unobligated funds from the W87-1 modification program would go to the Centers for Disease Control and Prevention for infectious disease research.

The United States should invest in a vaccine of mass prevention before another new land-based weapon of mass destruction. The ICBM Act makes clear that we can begin to phase out the Cold War nuclear posture that risks accidental nuclear war while still deterring adversaries and assuring allies, and redirect those savings to the clear and present dangers presented by coronaviruses and other emerging and infectious diseases.

The GBSD is a $93-$96 billion program designed as a replacement for the extremely old LGM-30G Minuteman III nuclear missile. Representative Khanna stated that instead of wasting money on a new missile, the Air Force should simply extend the life of the current Minuteman IIIs.

STRATCOM and the Air Force have repeatedly stated that the GBSD program is the only way forward to cost-effectively modernize the land-based missile leg of the U.S. nuclear triad and maintain a strong nuclear deterrence. Fortunately, even with a  favorable administration in the White House, this bill faces strong bipartisan opposition in Congress. ADN

There is only one answer to dealing with the liberal dem bloodsucking parasitical ticks, why are we waiting?

I am so ashamed,of America letting the democrats steal 2020 election – -GOD HELP US ALL

I place much of the blame on PRESIDENT TRUMP. He was aware of the problem with the 2016 election. He had The ultimate authority and Four years in which to ferret out the problems and fix them. Registration roll purges, fake ballots, ballot harvesting, voting machine programing, to name a few of the problems he could have fixed.

Why not defund our nuclear land based forces? Both the USSR, oops, Russian and Communist China are clearly not a threat to the US or any of its allies. Everyone knows this. Beijing Joe will gladly acquiesce when China claims most of the S. China Sea and Russia the Ukraine and the Black Sea.

Joe (Groper) Biden will agree as long as the Big Guy gets his 10 percent!

You are Not in reality if you think China does not want all of American Assets , Natural Resources , Oil , Food , Etc. , The Chinese have eaten everything that swims , fly’s & Crawls in China . They want and need America , the Land , The Resources and they will fight to take it .

The Investing in Cures Before Missiles (ICBM) Act, offered by Sen. Edward Markey, D-Mass., and Rep. Ro Khanna, D-Calif. is a signal to America’s enemies that it is time to attack and they will have the backing of Senator Edward Markey and Rep. Ro Knanna to dismantle the country!

Ed Markey and Ro Khanna are the last people that should be making decisions about our nuclear arsenal. They represent the most dangerous and ignorant ideas to ever come from Mass. and California. What do these 2 yahoos know about the military or medical research?

joe biden has been on the wrong side of every issue for the last 50 years!

China Biden / Harris regime has to be removed from the White House as soon as possible by whatever means necessary . The United States is losing its world status and power daily. Russia is preparing to invade Ukraine and has warned NATO not to send troops to help the Ukrainians. China is poised to crush Hong Kong and invade Taiwan. The American people have been betrayed from within and have to act to save their country . Throw the bums out !

I guess those democrats simply forgot that the first and primary duty of the federal government is to provide for the national defense. That is what the Constitution clearly states. If these short sighted Democrats want more money for then take it from their 2+ trillion dollar infrastructure bill. There is plenty of money there since it appears that at least half of the bill is not for infrastructure!

Sounds to me like a lot of BS. Since China Joe and Knees Harris and their socialist goons would control all the funds you can be guaranteed that the money would go for anything but vaccine research. By the way how do research something you have no idea about what the subject will be? Unless they know what the next planned pandemic will be. This sets us up to be the land of sheep for the wolves of wall street and the world to slaughter. Get the picture?

I strongly urge everyone who reads this to PICK UP THE PHONE and call your REP in DC and DEMAND NANCY PELOSI BE REMOVED FROM OFFICE ABUSE OF POWER! Can we seriously sit back, do nothing, and allow this vile, evil person to continue her senior role in destroying our country and stripping us little by little of our constitutional rights?

Democrats who are traitors continue to push the destruction of the United Stats. I can think of so many of them that should be in Gitmo and wonder when that will happen. Schumer and Pelosi should lead the way to Military tribunal for Treason.

Democrats are Traitors but how about the Republicans that allowed them to just do whatever they wanted and in some cases helped the democrats .

“Those who do not know their history are doomed to repeat it “. Do a little research on what was happening before WW II. We’re about to repeat that history only China instead of Japan!

TWO BRAINLESS CRAPPERS HERE WANTING TO DESTROY OUR SAFETY FOR MORE POISON TO ” STABB ” THE FOLKS WITH! NO WONDER THIS CONGRESS IS WORTHLESS WITH IDIOTS LIKE THESE!

Why spend money on nukes, or any other military stuff? We will just give give it to China when PINO Joe surrenders.
Better learn Mandarin America!

How about instead, we divert congressional salaries and pensions to covid reasearch?

Leaving our butts hanging out in the wind just like good little chinese communist bought and owned “puppets” that they are. When are people going top wake up and admit the “election” was a FRAUD, and we now have “deep state” communists running the show not “demientia-joe or his “HO”?

What ever it takes to make the USA weaker is all good in their minds. Give them the chance and they would just turn the nation over without so much as a peep.

Sen Marky is a Democrap hack!

This jacka$$ should have been booted out of Congress years ago!

Instead of taking monies from essential self defense projects Lets take it from the senseless spending of the D’genrats. A primary target for cutting back spending would be to stop bailing out those cities/states that have spent themselves so far into debt with asinine projects that it will take decades if ever for them to tax their way back to fiscal responsibility. We could also stop sending pallets of money to governments attempting to bribe them into peace. The essential self defense projects would offer better peace prospects than bribes anyday.

Utterly dismayed by the politics of Ro Khanna. Ed Markey had surrendered his weapons, in complete obeisance, to AOC (Another Offensive Communist.

Do not know his full name, but the word “RO” in Hindi means “CRY”.
Cry Ro, Cry, as you destroy the country you migrated to and took the oath to protect. Talk about ANTONYMICAL behavior.

President Trump Rebuilt our Military,and the democrats are hell bent on cutting our Military to the bone – – – – SHAME ON THOES BARTARDS !

A dose of reality – check out the great reset website. That is what the dems are pushing us to. Once our country falls flat, whether financially or by war of some type, we will be open for the taking.

You need to be ready for this. Financially? Nope…. Can’t eat gold. You can only store up so much food and once people know you have it, they will come and take it from you. The only way to be ready for anything is to be ready to meet God today. Are you ready?

[…] stark warning is likely aimed at wavering Democrat lawmakers, who, as I have written here, are under pressure from the left wing of their party to reduce or eliminate many U.S. nuclear […]