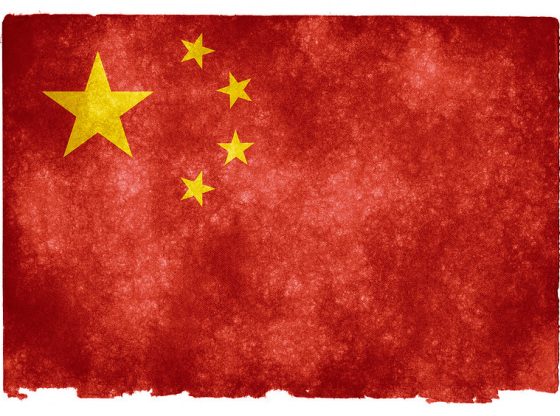 A top advisor to the Chinese Communist party (CCP) gave a speech in 2016 which has been recently revealed to outline China’s multi-pronged grand strategy to defeat and replace the United States as a world power. I introduced this plan in my earlier piece here, and followed up with another piece on how China manipulates U.S. elections and investments in America.

In this piece I will detail other specifics of China’s grand strategy, according to this Chinese political scholar and CCP advisor. These include how China is fostering multiple enemies of the U.S. and creating international crises for America to distract and drain the United States.

Jin Canrong, a professor, and associate dean of the School of International Studies at Beijing’s Renmin University of China, explained that the CCP’s “strategic task” is to ensure that America has no less than four enemies at any one time to stretch U.S. resources while bogging the government down in domestic debates over which threat to prioritize.

“If the United States has four enemies, it will totally lose its direction.”

According to Jin, reported the Epoch Times – as of 2016 – the U.S. only had three adversaries: “Terrorism,” and “Russia looks like another one,” while the United States treats us [China] as a competitor”. But, Jin adds, “It’s not enough.”

Jin added that the CCP had tried to cultivate Brazil into an adversary of the U.S. but was unsuccessful despite the CCP having invested heavily in Brazil in its bid to draw its support on global issues. China’s leader for life, Xi Jinping even visited Brazil in 2014 and agreed to invest in infrastructure in the country’s western region, as well as a railway to link ports in Brazil and Peru.

However, the Chinese regime had given up on this approach and was now trying to find a new candidate to develop into a U.S. adversary.

While not noted by Jin, it is becoming increasingly clear that Revolutionary Iran is a new focus of China’s strategy to find a fourth adversary of the United States to cultivate. The recent 25-year, $400 billion strategic investment deal with Iran certainly points in that direction, as do increased naval exercises.

Then there is China’s role in fomenting or exacerbating international crises to distract and diminish America.

According to the Epoch Times, Jin said the “Chinese regime was at a strategic advantage, due to the U.S. role as global enforcer: Whenever there is a crisis in the world, the United States is obligated to intervene to maintain global stability, which, in turn, drains U.S. resources and diverts attention away from China.” China can sit back and watch the U.S. fight these global wildfires, or help foment them.

The Afghanistan and Iraq wars were excellent examples that cost the United States “$6 trillion and 10,000 soldiers’ lives” and “wasted 10 years” while the U.S. “let China grow big,” he said. Expect China to be involved discreetly in almost every possible global trouble spot or crisis.

Due to America’s economic dependence on China, the possibility of the CCP prompting an economic crisis is also always a consideration for the regime – with one option being for China to dump its holdings of nearly $1.1 trillion in U.S. Treasury securities to precipitate a debt crisis, he said.

And there is always the constant fixture in Chinese foreign policy – engaging in drawn-out negotiations to bog down the United States while giving the Chinese regime time to focus on developing itself. In the past, with the notable exception of President Trump, during such negotiations, the U.S. hasn’t taken punitive actions against the CCP, instead focusing only on preparing and carrying out the discussions.

In February, former Trump deputy national security adviser Matthew Pottinger warned of the CCP’s “negotiation traps,” saying that years of formal dialogues between the two sides, such as the “Strategic Economic Dialogue” allowed China to simply “draw out the clock” while continuing to pound the United States in every way.

Next, I will describe how Professor Jin admits that China built itself into a global economic, technological and military powerhouse by stealing U.S. technology.

And our Government officials fell into the trap. They increased taxes on companies forcing them to move out of the USA, While allowing cheap Chinese Government subsidized goods into the country. These Foreign goods should attract a higher import tax to make domestic products a more viable option. And lower taxes on domestic companies that employ. US workers who in turn pay taxes and spend money to support our local economy which in turn pays taxes. When you really look at any form of money, Its just a bartering tool implemented by government to obtain a share of every citizens hard work. Every dollar which is traded so many times eventually goes back to the US TREASURY in the form of Taxation. So the money is Taxed to Death. At this point the whole cycle starts again and the only winner is the US TREASURY and we are slaves to the system.

China’s plan to defeat the US is Biden and the Democrats. They worked to put them in office and they’re paying off like a friendly slot machine.

Well one way to counter China is not to play their game . And let’s stop buying their rather shoddy made goods . Let them spend their cash financing third world countries and those middle east morons that seem to be in a constant state of fighting amongst themselves . We have only Israel and Saudi Arabia as any sort of allies there to worry about . .Let the zipperheads deal with the rest . They will regret it .

The looming chinese communist tyrannical patriarchy, as I walk thru stores and checked many objects, most are made in China, I can sense the tears of sorrow of the enslaved children and women that have lost their life, liberty and happiness making those objects and barely survive,the tyrannical chinese patriarchy has their citizens enslaved in the name of profit, the CCP needs to pay their enslaved workers $15 per hr.

While this was going on with Communist China our lazy no good politician’s were to busy getting fat and could care less about the country and it’s citizens. Hollywood Elite big Corporations, and the Democratic Machine have sold out the United States. Our country is in A Clear and Present Danger to the Republic. China has outsmarted the misfits who’ve been in government far too long. None of this would have been exposed if it were not for President Trump. The insurrection Act must be acted on and remove these criminals in office.

Our leaders were not “outsmarted”. They were willing recipients of the Chinese payments to benefit themselves, their families or their companies. They know what is happening but, as is true with most politicians, are only concerned with the next election or their future economic interests. When tshtf, these politicians will be long gone, retired with the other elites, or using their lapdog media to say it was ——Trumps fault, Russian disinformation, the climate, whatever excuse looks good at the moment. We, the people, are the stupid ones because we keep electing the same people and expect a different outcome. We are gladly following the path that produced the ccp, maoism, cultural revolution.

You have to be honest with yourself. China is wanting to be king. When we have morons like Pelosi. Schumer. AOC. Swalwell. And on and on. They laughing at us. Over half of the people occupying seats in our government have intelligence of a twelve year old pothead. Time to stop this insanity. Recall. Impeach. Whatever it takes to get this country on track. Needs to be done sooner than later. Wake up America.

China will start a war with the US, thinking they can limit it to Asia and that the US will not respond with nuclear weapons if Chinese nuclear strikes do not target US cities. They are wrong.

NUKE THEM BEFORE THEY NUKE US

Time to TURN THE ” SCREWS ” ON CHINA AND ORDER ALL USA COMPANIES BACK INTO THE COUNTRY!

Under the thumb of, Chinas’ personal Buffoon Biden the bomber, it will be bend over USA the Chines want what they paid for and the, “Buffoon will comply.”

With this administration at the helm, we are in deep kimchee! You also forgot to mention dual North Korea, with Iran…and China advising and financing them….China produces cheep goods and labor for the US and the western world and now are busy threatening the US if they don’t participate in the Olympics. Meanwhile back in the stable, Biden keeps upping the taxes to pay for the Trillion dollar loses Pelosi and the gang are creating with their nefarious bills to drain us further! The press just keeps stirring the pot with false news…May God Bless the United States of America! We are toast!

How many times must I tell my kids: China is NOT our little friend. They killed many of my Dad’s buddies in Korea. Tell you what: we now try to avoid the purchase of any products made in China…Think about it.