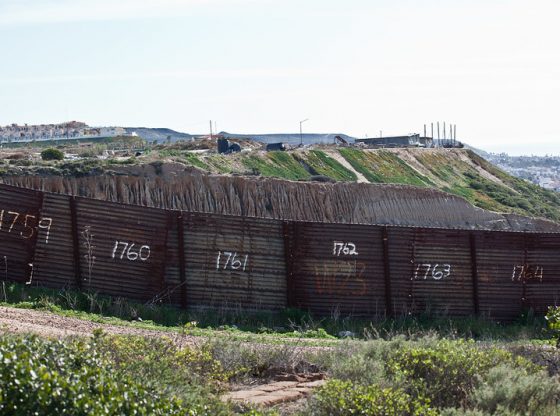 ANALYSIS – President Joe Biden hasn’t only reversed former President Trump’s stricter and effective immigration and border security policies, he is enacting the most radical and sweeping immigration plan in U.S. history. These radical, and likely unconstitutional, policies have immediately created a massive border crisis, unprecedented in decades, but their impact will extend well beyond the current chaos and dangers.

In the interview Bartiromo noted that Miller has studied immigration issues for more than a decade as a congressional staffer in the House and the Senate before joining the Trump administration.

The reason why I have studied immigration so closely is because it’s so fundamental to what it is to be a nation, the right of the people living in a country to decide who enters that country, on what conditions, for how long, and how to establish national boundaries and borders. That’s fundamental to what it means to be a country. The legislation put forward by President Biden and congressional Democrats would fundamentally erase the very essence of America’s nationhood. For the first time, I believe in human history, this legislation proposes sending applications to previously deported illegal immigrants and giving them the chance to reenter the country on a rapid path to citizenship. This is unheard of.

These are the people that ICE officers, at great time and expense, found, large numbers of them with criminal records, returned to their home countries at taxpayer expense. And now we’re going to have the secretary of state and homeland security mailing applications for readmission and amnesty to previously deported illegal immigrants? This is madness.

Now, this is on top of the fact that the current administration has already dismantled border security, canceling President Trump’s historic agreements with Mexico and with the Northern Triangle countries, restoring catch and release, and, additionally, gutting interior enforcement, issuing a memo preventing ICE from removing the vast majority of criminal illegal immigrants that it encounters.

Baritromo also showed a clip of Ken Paxton, the Republican Attorney General of Texas who has sued the Biden administration over his radical agenda. In the clip Paxton argued Biden’s actions are unconstitutional and circumventing U.S. law. He said:

These were laws put in place by elected representatives basically requiring that, if you come here illegally and you’re caught, that you would be deported. And he [Biden] basically said, no, we’re not going to do that anymore. The border is open. You can stay. And we’re not going to deport you.

Is Barack Obama the Mastermind behind the destruction of the USA?
Breaking: Obama Admits Telling Biden What To Do? Third Term …

Obummer didn’t finish destroying America when he was in office. Now he has another opportunity. President Trump corrected all the mistakes Obama made plus put America first. That should be what any elected official should want. I’m confident President Trump will do it again, when given the opportunity. He was well on the way to give us better and Lower health care until another reversed it. President Trump gave us the opportunity to see how the American people could prosper if America was put first ,not congress, wasting our money.

obummer was going to finish with killery in the oval office. No wonder they were pissed off when we the people decided the right way.

Trump cannot do it with only half of the US just agreeing. The leftist schools are turning out hate-America kids that are falling in line lock-step with our enemies, both foreign and domestic. These brain-washed mush-heads go to the polls, and, in their ignorance, keep people like Pelosi, the squat (You read that right) and other Commies where they can, eventually, overturn our Constitution. First, our voice, because of systemic apathy and fear of reprisal, then our guns, then the rest of our precious freedoms go out the window. Any Evil is possible when good people do nothing to stop it. You might lose your job if you stand up. You WILL lose a whole lot more if you don’t.

You know that POS is.

Adios America is coming to a city near you soon if Beijing Briben and the dimokraps have their way!

This is Obama’s Third term.. There is no more log ue for phone calls or visitors to the oval office. Guess Why–everything is done in secrecy to further injure the USA and her legal citizens. Biden is the worst enemy we could ever have imagined. He is taking us down , down ,down to a place where we can never recover. Get him out of the WhiteHouse . Biden now resides in NEVR NEVER LAND. HE IS CUCKOO IN THE BRAIN.REMOVE HIM.

That is going on the assumption that biden HAS a brain. He is just the Odicktasters errand boy, destroying the USA as his master wants.

Hidenbiden needs to be stopped, he can’t open our borders up, this is a sovereign nation, that has borders, no one can’endanger, the national security of our country,hidenbiden is doing exactly that, even he doesn’t have that power.When are u spineless repukes and few dumbocraps going to stop this lying,corrupt,racist,sexualpervert,china,ukrainian,unfit,unstable,unhinged,puppet,of the deep state,and radical,liberal,progressive,socialist,marxist,commies,allowing terrorists,cartels,criminal gangs from around the world, and criminals, walking across our borders. People from 60 countries, coming as they please, and bad fkg hombres. Not even this president can do what he is doing, so stop him, he is unfit,and his mental aquity is gone. Wake the hell up before we don’t have a country any more, these aren’t kids there adults everywhere getting in and shipped out. There all going to red states, u think there might be a reason for that,dah. For everyone they catch,or turn themselves in, 3/4 others got in across the border and gone. So are the drugs, so is covid and other diseases, and people dying,and killed along the way.Hidenbiden has created a nightmare for these immigrants and the american people, he has caused enough harm in 60 days. Jobs lost,Americans barely getting by and he opens the border. Get off your asses u worthless, spineless, politicians and stop this maniac, before war breaks out,throughout this country.

You’re a misguided fool, Republicans didn’t vote for your pukes biden or odicktaster, that is on YOU.

To refer to the Biden plan as madness is inaccurate. It is a plan and the results thus far are exactly what was planned and intended. The Democrats hate, fear and resent most of the present American population because it is, in their view, too White, too racist, too free, too entrepreneurial and too addicted to personal responsibility. The plan is to import as many illegals, preferably ignorant peasants, as is politically possible and give them American citizenship in return for their voting for Democrats. If successful, they will create a Democrat-run, one-party state for at least a few generations.

Parents, grandparents and concerned citizens have to contest what is being taught to their children in universities, high schools and even kindergarten today if it is fiction and Commie-based. Find out what they don’t want you to know about their agenda. Many college profs are spouting Marxism and Mao instead of Pi R2 (Pie are squared, for those in Calif.) They’ve been anti-America educating our kids for years to keep the Democrats in power. Did our Sons and Daughters, or brothers and Sisters, or Mothers and Fathers go to their deaths in the name of Freedom so we could be ruled by selfish, greedy, lying dictators? I heard Biden, near the end of his speech, indicate that he, and those in Congress are WE, THE PEOPLE! I haven’t heard anybody address that, yet. The only powers those people have are what WE, THE PEOPLE are willing to allow them to usurp. That is why they are striving to drive wedges between us. When we are the UNITED States of America, we are unbeatable. Remember Pearl Harbor? Remember 9/11? We came together in times of crisis. America is in crisis today and we need to unite.

I are kind of slow so who can tell me how adding more people to the US is good for climate change??

Rational thinking people see Biden’s actions as a failure and a mistake.
The radical left now in charge of the Nation sees this as fullfiling a goals to destroy America before the inevitable consequence of the election theft.

We will have the entire POOR Population of Central, South America and Mexico HERE! So glad I’m Literate and fluent in Spanish!!!