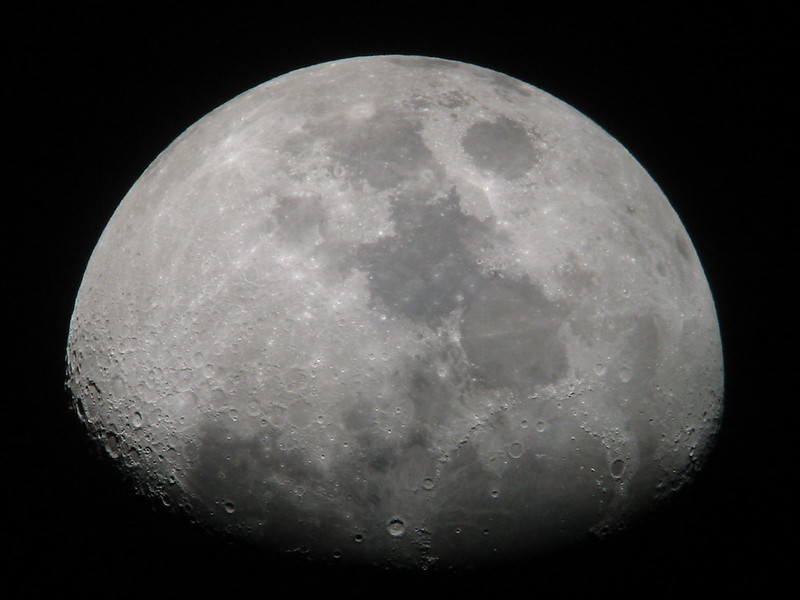 America’s Space Force has a new threat to consider – A joint Russian-Chinese moon base in the next decade. This could include lunar outposts on, and in orbit around, the Moon.

Despite extensive collaboration with the U.S. and NASA for more than two decades building and manning the International Space Station (ISS), Russia is now moving toward more direct cooperation with China in space. This, even as Russian and American astronauts just traveled to the International Space Station together today in a Soyuz MS-18 spacecraft that took off from Kazakhstan “The three will work on hundreds of experiments in biology, biotechnology, physical science and Earth science,” AP reports.

The heads of the Chinese and Russian space agencies signed an agreement on Tuesday to work together to build a “scientific” station on the Moon.

Under terms of a memorandum of understanding, the two countries will cooperate on creation of an “International Lunar Science Station” and plan to invite other countries to participate. The agreement was signed by Zhang Kejian, director of the China National Space Administration, and Dmitry Rogozin, the chief of Russia’s space corporation, Roscosmos.

The goal appears to both establish long-term, unmanned facilities on the Moon while building capabilities for a long-term human presence. And while both nations claim scientific motivations for these bases, few believe they will not also have military applications.

China has previously disclosed its ambitions to build an international lunar station at the South Pole of the Moon, beginning with robotic missions and followed by short-term human missions in the early 2030s. The country plans to establish a long-term human presence at the South Pole—which is believed to contain vast reserves of water ice—during the period of 2036 to 2045. These plans were initially discussed at a meeting of the Subcommittee of the Committee on the Peaceful Uses of Outer Space last year and were reported by Space News.

Meanwhile, under intense pressure from the U.S. Senate, President Biden has confirmed the goal set by former President Trump to have a manned lunar presence, with partner nations, on the moon by the mid-2020s via the Artemis plan. Separately, NASA would also like to establish a lunar base and assess the viability of the water resources at the South Pole.

Russia’s Rogozin has stated that the Artemis plan is too “US-centric,” hence the Russian effort to work with China. Of concern, the European Space Agency (ESA) has previously also expressed interest in partnering with China on future missions to the Moon. ADN

Note to the United States Joint Chiefs of Staff,

Re: Transvestites in the military

Adding transvestites to the armed forces kinda signals the enemy to attack.

And we have a demented old man ruining our military. Our real president, djt, would have handled that.

Trump did handle it! The Space Force! But now we have the slojo in charge and he and his administration have laughed at the idea. Trump had vision and Trump had a set! slojo has none!

I am not going to panic. I’m a retired 33-year Air Force R&D officer and military attache. This is, for one, a test of Biden’s strength; however, they don’t seem to realize that Biden is nothing more than a puppet. His strength is irrelevant! The US recently put a rover onto Mars with great precision. Were it necessary, we could also put an “ICBM” onto the moon with equal precision. Both Russia and China realize it and will act accordingly! After all, the US has already been to the moon once! The article says this is a 10 year venture. The US could have three separate presidents over the next 10 years! One of them might be the next General Patton! That would bring this Russian-Chinese experiment to a quick close! 😄

That would also start WWII. If you are not concerned about this perhaps the DoD is not the place for you.

We can thank the US Democrats and the Deep State, et al, for this bad news. The Deep State apparently hates Putin, but more than that, the Democrats/Deep State undertook to constantly accuse Russia/Putin of collaborating with the Trump Administration, for 4 LONG years, as a massive distraction to hide their OWN spying and harassment of the Trump Presidency itself – a horribly illegal/corrupt crime against the American People.. This culminated in the Democrats/Deep State impeaching POTUS Trump in 2019. Putin believes he can no longer trust the US as a partner in anything; and has been pushed into this “risky” relationship with China on various joint endeavors, like the joint moon base. That’s what the Democrats/Deep State have wrought for the US. POTUS Trump tried his whole term to develop a mutually beneficial relationship with Putin/Russia; but the Democrats/Deep State had other plans. The Russia/China Joint Moon Base is just one of the results. I fear there will be many more, and we and the whole world will suffer the future because of them.

Wonder how long it will take to totally destroy the moon’s environment, space is already riddled with flying junk and getting worse by the day—LEARN FROM THE PAST, CLEAN UP YOUR MESS

They gonna put Russian ‘astro-nuts’ on ‘made in china’ rockets, to go to the moon…what could go wrong?

Good luck Russia, I am sure the Chinese won’t figure out a way to screw you over, they are trustworthy!

I don’t have a problem with Russia working with China to build a Moon Base when we are not flying anything . What I have a problem with is the Pentagon looking into extremism where when I hear the person describing it in the background ” The inquisition what a show , the inquisition here we go, We know your wishing that we’d go away ” . So not good on multiple levels.