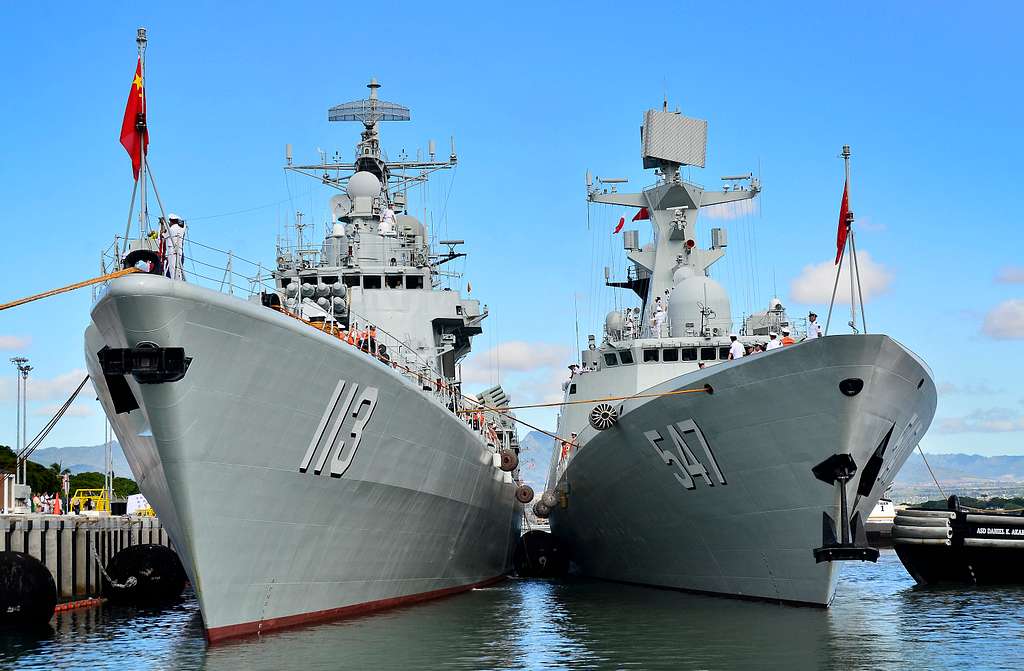 Today’s PDB Includes a variety of critical issues such as – China is winning the Gray Zone war in the South China Sea, Russia’s increasing Arctic military capabilities and new strategy, Pentagon re-affirms US ‘ironclad’ commitment to Israel as Biden plays footsies with Iran. Police excessive force against young Army lieutenant in Virginia provokes outrage and firing of one police officer.

Plus, Biden’s reduced Defense budget will cut troops and weapons at a critical time.

Is the Pentagon finally going to define ‘extremism”?

And how Trump won the COVID pandemic ‘vaccine war.’

Hybrid warfare, pandemic style. When the pandemic hit Trump and his administration, though they acted belatedly they made sure scientists and pharmaceutical companies of the US got together in the rush to develop a vaccine in the shortest possible time.

Beijing has pierced Washington’s deterrence bubble. How can the US recover? The fishing vessels arrived one and two at a time, dropping anchor off the disputed Whitsun Reef near the Philippines.

Russia’s Arctic activity to increase with fresh strategy and more capability tests. The Russian government will soon present a unified document on Arctic development to President Vladimir Putin, meant to combine economic and military aspects of the country’s power projection in the northern region.

Putin vs. the Press. In the old Soviet Union, all media were controlled by the state, and foreign correspondents were severely restricted.

Pentagon chief declares ‘ironclad’ US commitment to Israel. U.S. Defense Secretary Lloyd Austin on Sunday declared an “enduring and ironclad” American commitment to Israel, reinforcing support at a tense time in Israeli politics and amid questions about the Biden administration’s efforts to revive nuclear negotiations with Israel’s archenemy, Iran.

Virginia Gov. Northam announces state investigation into Windsor traffic stop. Hours after Gov. Ralph Northam on Sunday said he directed state police to investigate the treatment of a Black Army second lieutenant by two Windsor police officers, the town announced one of the officers had been fired.

A DoD definition of domestic extremism is on its way. Now that the active-duty military has completed its mandated stand-downs to discuss domestic extremism, the Pentagon is lining up the next moves. Did they put the cart before the horse?

With Bidens help and support they’ll get it done! The CCP and Russia own Biden so he damn sure won’t be standing in their way!

If you give him 10 percent you can own him to

What an embarrassing President and VP we have. The first is senile and the second only knows how to complain and blame with no resolutions. The world laughs at us because they know that there are not 80 million stupid Americans that would have voted for this pair, thus, election stole.