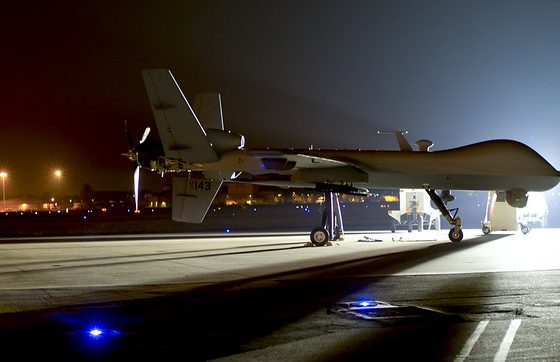 Today’s PDB Includes a variety of critical issues such as – How COVID prepared the U.S. military for biological warfare. U.S. is worried about Taiwan’s defensive weakness, Afghan military will collapse without some military help from the U.S., China’s growing network of military bases in Africa is a big concern. Plus, Russia partly pulls back from Ukraine.

And the U.S. is investigating Russian directed energy attacks against the U.S. military.

The unconventional war between Iran and Israel could escalate into a bigger conflict.

Pentagon’s DARPA plans to use drones to find drones.

And a National Guard officer sues the Guard over his participation in BLM protests and OPEDs.

Afghan military will collapse without some US help, says top general in the Middle East. Afghanistan’s military “will certainly collapse” without some continued American support once all U.S. troops are withdrawn, the top U.S. general for the Middle East told Congress Thursday. Gen. Frank McKenzie also said he was very concerned about the Afghan government’s ability to protect the U.S. Embassy in Kabul.

China Eyes More Bases in Africa, US Military Official Says. “We know the Chinese desire a network of bases around the globe,” the head of U.S. Africa Command, General Stephen Townsend, told lawmakers Thursday, adding, “My concern is the greatest along the Atlantic coast of Africa.”

Russia orders troop pullback but keeps weapons near Ukraine. Russia’s defense minister on Thursday ordered troops back to their permanent bases following massive drills amid tensions with Ukraine but said they should leave their weapons behind in western Russia for another exercise later this year. Message to US and NATO Sent.

The unconventional war between Israel and Iran. There are concerns that the unconventional war that has been taking place between Israel and Iran could escalate into direct conflict. This war does not take place directly between military forces on defined battlefields. Instead, it occurs in cyberspace, via local proxies in other countries, by attacks on commercial shipping, and through diplomatic pressure.

DARPA’s plan to use drones to find drones. The military is developing a number of counter-drone systems, using technologies such as directed energy, microwaves and more to defeat small, unmanned aircraft systems. But in order to hit the drones, the military first needs to be able to see them. That’s difficult enough in the desert or in open areas, and it’s even harder to do in cities.

How COVID-19 prepared the military for future biological warfare. As the COVID-19 pandemic erupted last spring, entire swaths of society shut down or went remote. But the vast majority of the military’s missions, including air transportation, basic training and ships at sea, couldn’t be done through Zoom calls.

Colorado Guard JAG officer suing superiors over his participation in BLM protests. The Colorado National Guard is investigating the disciplinary actions and potential reprisal by a senior officer after one of the state’s part-time soldiers filed a federal lawsuit against his entire chain-of-command, alleging that his superiors infringed upon his First Amendment right to participate in Black Lives Matter protests.

He is finished in the Guard .
Throw him out on a undesireable discharge !
Make sure he receives no pension !

Agreed! Except he should receive a large fine also. Something is required to get through his thick head!