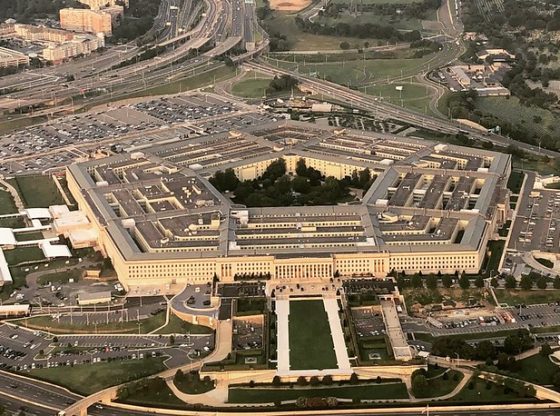 Today’s PDB Includes a variety of critical issues such as – Germany sends warship to South China Sea for first time in 20 years. New information on Russian disinformation operations. Europe must admit Russia is waging war. Why China is desperate to control Taiwan. Plus, MI6 begins spying on world polluters.

And over 500 US biomedical scientists are suspected of spying for China.

And how conservative members of the US military are being targeted by the Pentagon.

Target Taiwan: Why China Is Desperate for Control of Taipei. For Beijing, it is an emotional saga that the ideological conflict has remained the “greatest unresolved legacy” since the founding of the People’s Republic of China in 1949. The CPC believes it is time to bring this issue to closure once and for all.

Why is Germany sending a frigate through the South China Sea? The frigate Bayern is headed for the Indo-Pacific – for the first time in almost twenty years. But Berlin is not trying to intimidate Beijing. Its real message is for Germany’s regional allies – Japan, Australia and the US.

Europe must admit Russia is waging war. The persistent lack of response from the EU, NATO, or individual countries only convinces Russia it is free to carry out attacks across Europe with impunity. The idea that Russia ‘not invading any deeper into Ukraine’ is somehow a positive outcome betrays a highly dangerous mindset of submission to Europe’s serial abuser.

MI6 begins ‘green spying’ on big polluting countries. Richard Moore, the new chief of the secret service, suggested countries such as China will be watched to ensure climate commitments are kept.

CIA Agents in Thailand, Please Raise Your Hand. It’s CIA-spotting season in Thailand. The latest conspiracy theory has it that one was spotted, or exposed, in Khon Kaen province. But then, many other Americans would fit the profile of a CIA agent as well. A CIA operative could be an American businessman, a foreign correspondent, a local English-language teacher, a diplomat, you name it.

The big Pentagon internet mystery now partially solved. After weeks of wonder by the networking community, the Pentagon has now provided a very terse explanation for why it hired a shadowy company residing at a shared workspace above a Florida bank to manage a colossal, previously idle chunk of the internet that it owns.

Some Right-Wing Troops Find Themselves Targeted by Their Own War Machine. Conflating America’s overseas conflicts with so-called right wing domestic extremism is dangerous. “There are a lot of international terrorism experts who aren’t getting the same attention they got years ago and are going to be [moving over to] this,” he said. “It’s going to become a cottage industry.”

America needs to revisit Anti-Communist legislation and finish what Hon. Senator Joseph McCarthy started. Yes. Hon. William John Donovan warned that if the United States ever ended the cold war it would become a Communist Nation in 100 years.🇺🇸

WTF This is unreal.

China has the controlling puppet in Charge. They want America to cave in so China can become the Controlling Government. Then they will change our Country to a different name.

The author of the Taiwan article is full of s__t! Trump had the communist in check and our allies in unison now. I hate authors who have no journalistic talent.