After Biden Harmed Relations with India, He Finally Vows to Help Critical Ally with COVID Crisis

After Biden Harmed Relations with India, He Finally Vows to Help Critical Ally with COVID Crisis 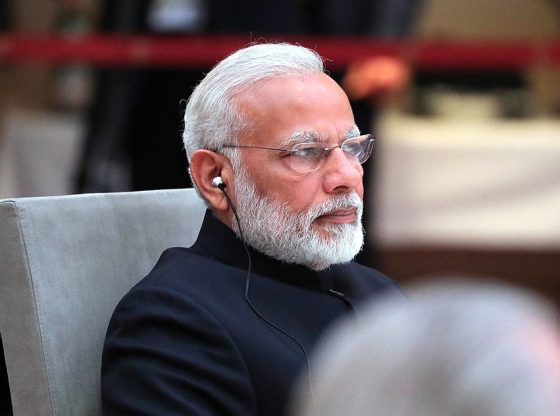 Finally, two days ago, under extreme pressure, and in an abrupt reversal, Team Biden announced it would help.

This sounded to the Indians like Biden was saying – ‘America First.’  The problem isn’t ‘America First’ though, it is that the U.S. has tens of millions of doses of COVID vaccines it cant use.

This created severe resentment in India, which under Trump had ramped up its integration with the anti-China pact, the QUAD (U.S., Japan, Australia, and India), and I was flooded with pleas from Indians to write about it so Biden would help.

It also provoked outrage from supporters inside the U.S.:

The Biden administration is losing any goodwill it gained in the last few months, Tanvi Madan from the Brookings Institute said one tweet.

Indian public has now seen tweets from Pakistani PM & Iranian FM; had offers of help from Russia & China — i.e. even a country it has had hostilities with. It has not heard from any senior US officials. The Biden administration is losing any goodwill it gained in the last few months w Indians.

In another tweet, she showed a former Indian Army Chief noting this as a lesson about how unreliable the U.S. is as a partner.

Want to know how this last week spills over into perceptions of the US in the India, even strategically?

(can argue that US regs weren’t directed vs India or that reliability concerns always existed, sure, but they just got a new burst of life) pic.twitter.com/O5JiQ93lwU

According to India’s Business Standard, Indian-American Congressman Raja Krishnamoorthi urged the Biden administration to release doses of the AstraZeneca vaccine to countries currently experiencing the deadly surge in COVID-19 cases.

“When people in India and elsewhere desperately need help, we can’t let vaccines sit in a warehouse, we need to get them where they’ll save lives,” he said. “We are currently sitting on close to 40 million doses of the AstraZeneca vaccine in the US stockpile, a stockpile which we’re not using and which we’ve already opened to combat COVID-19 in Mexico and Canada,” he said.

We need to get these doses donated to countries where supply is limited. Immediately. They do absolutely no good to anyone just sitting on a shelf. Donating money isn’t enough. Committing to future initiatives isn’t either.”

On Monday, April 26, Biden finally told Prime Minister Narendra Modi that the United States will provide “oxygen-related supplies, vaccine materials, and therapeutics,” according to a readout from the White House on the call, reported by the Washington Post. CNN reported a longer list of specific pledged U.S. assistance.

But the lesson here is that Biden, who unfairly bashed Trump about ‘fraying’ relations with allies, such as ‘delinquent’Germany, just frayed ties with one of the most important U.S. allies in the fight with China, over life-saving COVID help.

Unreported – Iranian Fast Boats ‘Swarm’ US Coast Guard Ships in Persian Gulf for 3 Hours
‘EXTREMISM’ Means Nothing, or Anything – Pentagon Should Drop Term – Not Define It

The demonazis will not help anyone if it does not benefit them. To the world stage, remember this when dealing with America, if democrats are in charge you get nothing with out a high charge from the fascist left.

You’re right…we deserve it, but those in India shouldn’t be punished because we screwed up. I hope they can be patient. We plan to fix this as soon as possible, and in the meantime some help is on the way, and we deeply regret the poor response from our present non-leadership.

Evaluating allies is a difficult exercise but in terms of commitment, India would seem to come before Canada and Mexico.

very possible that India doesn’t give KICKBACKS to byden’s group of communists.

Mr. Modi……..B E W A R E……..
This guy is what, One would call….THE LOCAL VILLAGE IDIOT……….
He is not only INSANE…He is DEMENTED & an ‘epitome’ of IDIOCITY…..
Mr. Modi, you should not even waste your time, talking to him…..He is just A PASSING SHOWER…. PERIOD. a product of corruption……

Biden makes those poor choices, by not helping India. Doesn’t mean the whole USA is not willing to help. We Patriots just don’t have any control to make the COVID-19 vaccine available. We the people are very heart broken to know that your country is experiencing hardships because lack of assistance from the Biden administration. Our heart goes out with prayers to our neighbors in India. God bless you all.

Ol’ Joe is trying hard to be tough but can’t seem to figure out who he should be tough with. Four years of ol’ Joe will leave us friendless in this new world of ours.

more likely six months will do it…

The Democrats treat Americans the same way if their not liberal socialists, but instead are conservative Christians, they hate American patriots even more than they hate India, a country that became a better ally to the USA under President Trump.

Biden’s policies and actions have clearly highlighted the fundamental operational principle of the U.S. Government – Buy friendship and loyalty, domestically and overseas, through bribery, financial assistance, and toe-the line if you need us to help you.

The world would have been wiser with Biden’s dealings with Ukraine during the Obama administration – using foreign aid as a bribe to get the Attorney General of Ukraine fired for one billion dollar in loan guarantee. Ukraine should have maintained its dignity and told Biden to “TAKE A HIKE’.

INDIA SHOULD DO THE SAME AND MAINTAIN ITS DIGNITY.

Was Joe asleep in the basement again when one of our allies needed our help?

the babbling idiot is not in control of anything calls must be to the Soros group that is pulling bidet’s strings.