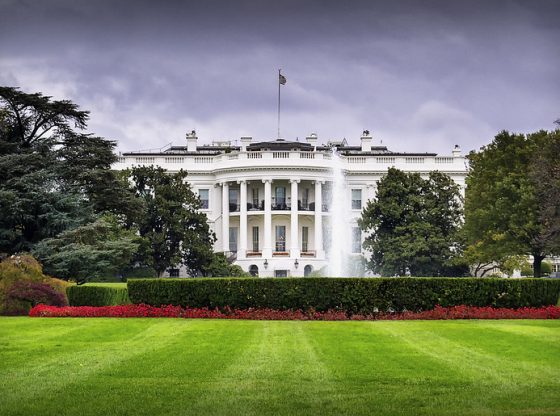 STRANGER THAN FICTION – Years after U.S. diplomats in Havana, Cuba reported strange illnesses in 2016 believed to be tied to some type of directed energy or ‘sonic’ weapon attack, and later similar incidents in Beijing and elsewhere, federal agents are reportedly now looking into similar suspected attacks near the White House. Defense officials briefed lawmakers on the Senate and House Armed Services Committees on the threat earlier this month.

The attacks occurred last year while President Donald Trump was still in office, in addition to another suspected attack on a White House staffer in Arlington, Virginia the year prior. While the Pentagon and other agencies probing the matter still aren’t totally certain about what occurred, notes CNN, the fact that such an attack might have taken place so close to the White House is particularly alarming.

The suspected White House attack took place near the Ellipse, the large oval lawn on the south side of the White House where the Marine One presidential helicopter lands, according to CNN. The attacks sickened one National Security Council official as well as U.S. Secret Service agents, according to multiple current and former officials.

Based on the original symptoms from attacks in Cuba, federal officials have dubbed these attack symptoms as ‘Havana Syndrome.’ The symptoms included a varying set of complaints that includes ear popping, vertigo, pounding headaches and nausea, sometimes accompanied by an unidentified “piercing directional noise.”

The US has struggled to understand these attacks since 2016, with some complaining that neither the State Department nor Intelligence Community (IC) was taking the threat seriously. Out of this frustration, Trump’s acting Defense Secretary sought to take the lead on the issue in late 2020.

“I knew CIA and Department of State were not taking this sh*t seriously and we wanted to shame them into it by establishing our task force,” Chris Miller, who was acting defense secretary at the time, told CNN last week. CNN continued:

Pentagon leaders set up the task force to track reports of such symptoms hitting Defense Department personnel overseas, an effort that Miller said was intended in part as a “bureaucratic power play” to force CIA and State to take the problem more seriously in their own personnel.

Miller said he began to see reports of these mysterious symptoms as a higher priority in December, after interviewing an alleged victim with extensive combat experience.

“When this officer came in and I knew his background and he explained in an extraordinarily detailed but more military style that I could understand, I was like this is actually for real,” Miller said. “This kid had been in combat a bunch and he knew.”

The CIA began its task force in December 2020, and expanded its efforts under new Director William Burns, who vowed during his confirmation hearings to review the evidence on the alleged attacks on CIA personnel overseas, which have long been publicly reported. The State Department named a senior official to lead the department’s response to the “Havana syndrome” attacks in March.

A New York Times report from December suggests the weapons used could be microwave based.  Specifically, it noted the source could be “radiofrequency energy, a type of radiation that includes microwaves.” This according to the National Academies of Sciences, Engineering, and Medicine.

More to the point, the NYT noted:

The conclusion by a committee of 19 experts in medicine and other fields cited “directed, pulsed radiofrequency energy” as “the most plausible mechanism” to explain the illness, which came to be known as Havana syndrome.

While the government may be closing in on the type of weapon used, it still isn’t sure who might be behind the attacks. Still, America’s two major adversaries top the list of suspects. Defense officials who briefed lawmakers said Russia could be behind the attacks, but they still could not be certain. Another former US official involved in the investigation said China was also among the suspects. ADN

Russian Tanks Near Ukraine Have…

It was John Brennan.

OH- SMART THINKING OUT SIDE THE BOX.——— I FORGET THAT BAD GUY. WHO KNOWS PEOPLE IN THE CIA AND HIS CONNECTION TO OBAMA -LET ALONE THEY HAVE CONNECTIONS I’ SURE WITH THE CABAL AND GLOBALIST THE WANT OT MOVE INTO YOUR COUNTRY AND TAKE OVER.. PEOPLE WE HAVE TO WIN NO MATTER WHAT IT IS THAT SERIOUS. AS ALL OF US CAN SEE WHAT IS UNFOLDING AND YES KEEP PRAYING THAT ONY GOOD COMES OUR WAY AND WE CAN SEE HOW THE DEMS ARE WANTING OT CRACK DOWN ON US AND THEIR PUTTING THE PRESSURE ON US. GROW YOUR GARDEN ON THE PORCH OR WHERE EVER TO KEEP FROM STARVING. THEY HAVE BEEN USING THEIR WEATHER WEAPON ON US -THROUGH HAARP AND THE DEW AND LAZER WEAPON LIKE RIGHT NOW IN OREG I THINK THAT ISI FORREST FIRE..– WE ARE DEALING WITH SOME DIRTY CRIMINAL PEOPLE AT THE MOMENT. WHAT WE CNA DO IS KEEP YOUR NIEGHBORS THAT YOU CAN TRUST INFORMED AND SPREAD THE WORD WE SEE AND COME ON YOU CAN GUESS WHAT IS GOING ON IN AZ AND WHAT THE RESULTS MIGHT BRING US TOO. KEEP YOUR FINGERS CROSSED.

Yes China needs our Natural Resources . They could care less about American People . They are in the way but they have devised a scam being used right now to depopulate America ,One way or the other their plan is to infiltrate America .

You do know that typing in ALL CAPS Does Not make your opinion any more real, true, or Loud, it just makes it annoying.

I appreciate when a post is in upper case because it makes it much easier for me to see with my failing eyesight. If you are bothered by the post, don’t read it.

Amen, it is an aid to me also.

good barbara, you are close, What Russia has, we have, what China has we have, probably stolen from us, we drove Norriega completely nuts, with sound. we have dispersed enemies with sound, and lazers, All kinds of sound weapons, that produce nauseating results, and can be directed at will channeled close knit or wide angle, Not even top secret. I saw all this on TV way back in the 80’s. Probably got it really perfected now.

China has already taken over america, now puppet, hidenbiden is completing the sell out.

Hopefully, our investigative services will determine which nation is behind this undiplomatic nastiness and our military will eliminate its ability to function, with maximum violence if necessary.

Russians used some sort of sound weapon on our embassies in moscow years ago.. Remember that? China and Russia are shall we say, cozy.

This story is based on something that CNN reported. I’ll wait until a REAL New Source reports on this issue.

Could be the first story they got right. thinking it fake news and needing publication.

If there is a device to detect and triangulate directional weapons of electromagnetic force, it would be doomed to founder and fail, for we already have our atmosphere and biosphere saturated with radio waves of many frequencies and these already must be sonicating our brains.

great observance, only certain wave lengths are effective though, we can tolerate anything near the 60db level, our ears and soft tissue like that range, UHF is acceptable, VHF us fine, low freq is the range where we dwell daily, 60cps, Most mufflers silence cars to 82db, pretty quite, the freq we are talking about is ultra ultra sonic, in a range we can’t hear. But can do damage to us, some of these are produced by jet engines, destroys your upper range hearing, a normal person hears a lot of what you don’t if you didn’t protect yourself from this loss, other mild reactions, 6 minutes and you have to get away from them. Very uncomfortable, but still in the audible range, these can’t be heard, only feel the results..

Whether it is a rock, a stick, an arrow, a knife, a gun, an EMP, a nuclear device, germ warfare, financial attack, electronic attack, or space junk, China has us in their target zone. To a point, I don’t think they even realize the real reason why. God is on the side of Israel, no matter how terrible their people may act, The Bible shows that. The US has (almost) always been on the side of Israel. The US is the most powerful ally Israel has. Many of our enemies hate Israel because they hate God and how He has continued to protect Israel.

The US has been under the impression that no country would mess with us. So, we have allowed other countries to move forward with various attack plans and tests. Then, we tend to overlook the obvious and shrug it off. All the while, the attackers celebrate and plan for more attacks. So more and varied attacks can and should be expected.

Here’s the real deal….no matter how long from this second, sometime you will stand before God. What will you tell Him? Are you ready to meet him now? Get ready! Your next breath is not promised to you.

Psyops is old hat now, with this weapon and how directed, it leaves no footprint, mimics PSD, produces physical reactions of reflex, and depressive thoughts, pounding headaches, blurred vision, inner ear balance mechs, nausea,severe tinnitus, a roaring noise, and the ones that experienced the attacks, say, I could not have fought a fly and won, i was immobilized. It is real, it is a weapon, it is invisible, it can be heard in the brain, it must be a microwave device.

they need some RF scanners and experienced technicians to determine what frequency they are using. then they can track it down to the origin.