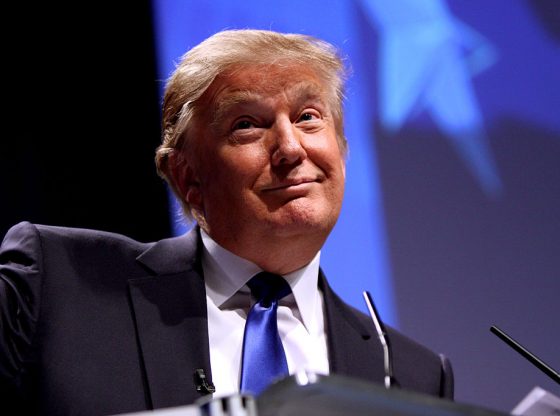 ANALYSIS – As the COVID crisis mushrooms in India, first President Biden dithered and denied vaccines and other aid to our critical Asian ally, and now he is banning travel. While this is the correct move to slow the spread of COVID from a global hotspot to the U.S., Biden was singing a very different tune last year when he bashed former President Trump for very quickly doing the same thing with China.

On Friday Team Biden announced it’s barring most travel from India starting next week, but in 2020 Biden famously said that travel bans would “not stop the coronavirus.” More specifically, on the same day Trump announced travel restrictions on China last January, Biden said, “This is no time for Donald Trump’s record of hysterical xenophobia and fear mongering to lead the way instead of science.”

In an op-ed four days earlier, Biden denounced Trump for pushing “reactionary travel bans that would only have made things worse” in reference to the 2014 Ebola epidemic.

As Business Insider (BI) notes, Biden was also critical of Trump’s restrictions on travel with regard to Europe:

In a tweet last March after Trump suspended travel both to and from a number of European countries, Biden said, “A wall will not stop the coronavirus. Banning all travel from Europe – or any other part of the world – will not stop it. This disease could impact every nation and any person on the planet – and we need a plan to combat it.”

But Biden has also flip flopped on the issue, BI reminds us. In early April he eventually expressed support for Trump’s travel ban on China. “Joe Biden supports travel bans that are guided by medical experts, advocated by public health officials, and backed by a full strategy, “Kate Bedingfield, Biden’s deputy campaign manager at the time,  told CNN. “Science supported this ban, therefore he did too.”

We will see where Biden stands on travel bans next week. But for now, apparently, COVID travel bans are good in Biden land. ADN

Well said Paul Crespo. There is a difference between the two presidents viz Trump and Biden. Trump valued friends and allies but Biden does not.Trump did care for the American long term interest because he had identified the real enemy of the US and all like minded democracies ie the Dragon. On the other hand Biden administration has cozied up with China. The Quad should have been strengthened but with the present US policy under Bidem will kill Quad
Noe Australia Japan and India have to defend their trade and commerce in a highly militarized SCC

joe biden is a Dick Head,and the head of a crime family,and he will never be my president !

BIDEN IS A BRAINLESS CRIMINAL DICKHEAD.

I only the “do nothing” RNC would realize they could jump on this. Why don’t they listen to Conservative reporting experts?

Neither side cares. The root of everything right now is GLOBALIZATION. One way or another. Doesn’t matter which side wins. Socialism is on it’s way.

Because as i have told trump many times. stop patting your self on the back. and work on blindsiding the democrats. Because they think they know it all and no one is going to tell them any different.

Lefties: if they weren’t hypocritical they would have nothing in their lives.

Clueless Democrat, senile sleepy Joe Biden is in deep yogurt on every issue he is involved with!

Did you see today where Kamala said the crisis is because of the climate change. I swear that whore doesn’t have a brain in her useless head

And could not make it past the first debate, which is exactly why she was chosen. She will mind the masters!

Did you read today where Kamala said the border crisis is because of climate change.

Kamala Harris is a Sociopath! She laughs whenever she is asked about the crisis at the border. She doesn’t care that this administration is enabling Sex Trafficking to happen at the border. Not one Democrat has been to see the catastrophe that is ongoing there. Kamala had the audacity to come out and say they have the border under control. Bullshit!!!! The Trash Media covers for these Evil Individuals because they sure as Hell don’t report anything except propaganda.

Funny how it bites you in the A88!!! See what happens Biden when you cheat, lie and steal?

“Walk a mile in my shoes…” Right, Sleepy Joe Blow?

Biden is a piece of doggy-do. Keep talking Joe; Keep putting your agenda forthright. The more you open your mouth without script, only guarantees that the House & Senate will be retaken by conservative Republicans’ in the 2022 elections.

Obiden realized, or maybe someone pulling his strings, realized President Trump did a lot of good things. They bashed him as much as possible, but put in their pockets the reminder that, ‘Hey, this worked and was a good idea!’, for later use. I mean Obiden came up with the idea to speed up “vaccine” research, after he got his shot.

Biden’s paranoia with death from Covid is humorous.
Travel ban from India because of the fear of Covid.
Invited invasion of Covid infected illegal immigrants by not only opening our Southern Border, but also adding financial and quality of life incentives, gratis, to increase the magnitude and deleterious impact of the invasion.

WATCH FOR A NEW COVID WAVE AS HE PLEADS A HEALTH ISSUE AND RETIRES, LEAVING KAMALA HOLDING AN EMPTY BAG.

THE LOOT WILL STAY IN CALIFORNIA. WATCH HUNTER’S FINANCES.

When Donald Trump stopped all travel in and out of China he was labeled a Racist, but now it is in the interest of National Security to ban all travel in and out of India, amazing.
People in India are dying and all Bill Gates and his friends in Big Pharma are concerned with is their profits. Who the hell made Gates Keeper of the Vaccine?
https://www.youtube.com/watch?v=kZ5DavuOkcM&t=132s

MANY people, who do not have the best interest of the general population at heart.

From my view, Biden is a weak President whose policies and practices are on a destructive are leading us to our nation in
a failing direction for our future. Far too many are falling for his corruptive practices and though it may not presently seem they are bad, it is only a short time till
we begin to feel the down side of his leadership, I hope.

Looks like Beijing Briben is a racist and xenophob. Why does he hate roper from India?

Yet the real fear mongering is coming from the democrats who demand that we keep our states closed and must wear masks for an indefinite period of time because an outbreak might occur again! So he issues travel restrictions from India, yet our southern border is open to anyone! Diseases and criminals are coming across that border, but that doesn’t matter, just restrict India.