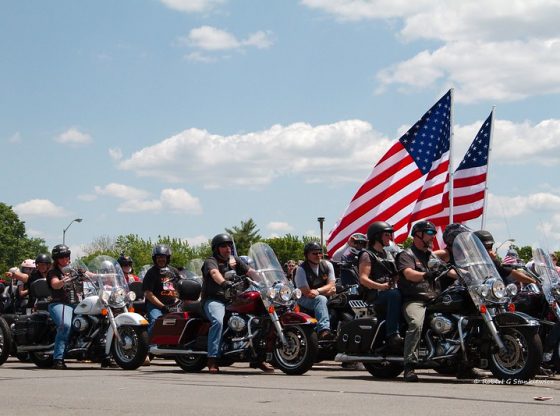 Photo From Rolling Thunder 2014 by Robert Stankiewicz via (https://creativecommons.org/licenses/by/2.0/) Flickr

Today’s PDB Includes a variety of critical issues such as – Why leave US bases in Afghanistan? Will we regret Biden’s withdrawal? GOP fighting Biden defense cuts. US should use ‘irregular warfare’ to respond to cyber-attacks. Directed energy attacks targeted Trump officials and US troops and spooks.

Plus, Iran proxies are attacking Israel as it sees Biden weakness.

US should buy more amphibious ships to face future conflicts.

Space Force wants its own tactical imagery satellites to support US forces.

And veterans will Roll in DC for annual ‘Rolling Thunder’ rally on Memorial Day, despite Pentagon rejection.

US should consider ‘irregular warfare’ response to pipeline hack: Gallego. The U.S. should consider an irregular warfare response to the hacking attack on a key gasoline pipeline if a link to Russia can be established, the chairman of the newly formed House Armed Services Committee Subcommittee on Intelligence and Special Operations told a special operations forces forum Wednesday.

White House weighs evacuating Afghans as time runs out. The Biden administration is debating how to get thousands of Afghans who worked for the U.S. out of the country before American forces withdraw in a few months, amid fears that time is running out ahead of a potential Taliban takeover.

Gen. Petraeus on Biden’s planned pull-out from Afghanistan: ‘I fear we are going to regret this decision.’  Retired Gen. David Petraeus, who led CENTCOM and was at one point CIA director under President Obama, reacted Wednesday to President Biden’s plan to remove U.S. troops from Afghanistan by September 11.

Lawmakers scold Pentagon for leaving Afghanistan without ‘over-the-horizon’ plan. “Why would we leave Bagram when we don’t have an alternative closer than UAE?” said the Armed Services Committee’s top Republican.

Trump ‘Havana syndrome’ probe found more than a dozen instances in 5 years. In the Havana cases, victims reported residual headaches, loss of hearing and balance, and some cases of permanent brain damage.

Iran Cheers on Palestinian Fight with Israel and Suggests Vote to End Conflict. Iran’s top authority issued words of support to the Palestinian fighters engaged in a severe escalation with Israel, and its top diplomat laid out a plan to resolve the decades-long conflict between the two peoples once and for all.

Memorial Day veterans ride gets new staging area after Pentagon rejection. Tens of thousands of motorcyclists set to descend on the nation’s capital for a Memorial Day veterans event will have a new starting line for their ride, following the Pentagon’s decision to deny the group a permit.

THANK YOU FOR AMERICA FIRST!!! IN GOD WE TRUST.

we need to ALL ignore the Biden freaks and the entire Dem party.. they should not be treated as our leaders or shown any respect

how dare our gov try to do something like this.. let alone on Memorial Day Weekend

how low can these socialist pigs get

I ignored them constantly. They do not speak for us in this household. And we will not comply with their unconstitutional bogus laws. We realize we have to look over our shoulder as we could be jailed. But we will not cave. God bless everyone who accepted Jesus. I pray for the lost as they haven’t a clue what’s about to hit them.

Americans need to take the country back.

If there is one thing the Biden administration really knows NOTHING about, it is the military. Drones are fine – for what they were designed for. But they can’t think – at least beyond a very rudimentary decision making. Nothing takes the place of a pilot!

Now, if you mean using a drone and a piloted airplane together (in combat), that’s a different matter. Two different airframe controllers – backed up by a pilot. That will work.

Re: “Havana syndrome”
“Investigators suspected that the more recent incidents may have been caused by directed-energy attacks, potentially perpetrated by a foreign intelligence agency such as Russia’s GRU, POLITICO reported Monday.”

Are we going back to the game of Let’s Blame Russia while our corrupt political class commits every crime conceivable and some crimes that truly shock the conscience? Politico is not a news site: it is a propaganda site for the deep state, which wants to turn the public’s attention away from CHINESE INFILTRATION, the BORDER CRISIS, the FAKE PANDEMIC, PIPELINE VULNERABILITY, FBI AND DOJ CORRUPTION, the ARIZONA ELECTION FRAUD REVELATIONS, and WIDESPREAD TREASON. And incidentally, the so-called Secretary of Defense, Lloyd Austin, is a crook who stole millions in oil money from Iraq. But he and the so-called President of the U.S. have no access to the Pentagon, so it doesn’t matter.

LISTEN UP…GOD is for ISRAEL. GOD’S PEOPLE are My PEOPLE. Their GOD is My GOD. GOD is for PREZ TRUMP. GOD is for CHRISTIANS and TRUMP SUPPORTERS. I KNOW What GOD Likes…HE is My ADOPTED Father. I Call HIM FATHER or LORD GOD. HE Calls Me..My DAUGHTER. From SamuraiQueen…GOD’S ADOPTED DAUGHTER…Forever. 😄😄😄

America first! I support them!

Past time to secure the freedoms taken from us by the autocratically in government!