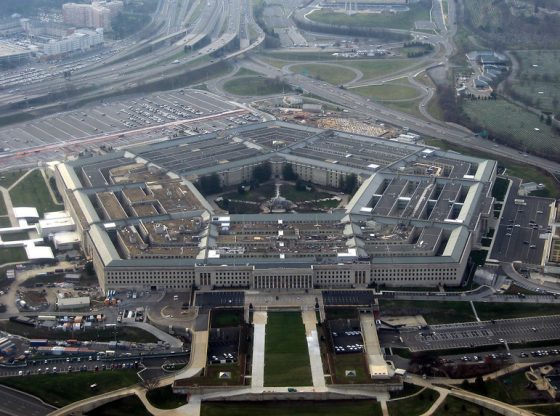 Sadly, while some things should remain secret, they rarely do. In this case, the highly secretive world of America’s warrior-spies, or the Pentagon’s huge clandestine army. Newsweek has just produced a lengthy report on this shadowy effort, and it is a worthwhile read. The piece is particularly interesting to me since in the 1990s I was part of a small, little known outfit which no longer exists at the Defense Intelligence Agency (DIA) – the Defense HUMINT Service (DHS).

Since 2012 however, this Pentagon effort, combined with other programs and teams, has reportedly grown to include some 60,000 men and women (ten times the size of the clandestine elements at CIA). They are at the forefront of our nation’s ‘gray zone’ warfare.

As Newsweek notes, many of its personnel working in this clandestine army are under masked identities and in low profile, all part of a broad program called “signature reduction.” While the term is unofficial, it refers to “measures taken to protect operations.” Most of the related efforts are housed in Special Access Programs (SAP), the most classified of U.S. information. Newsweek adds:

The force…carries out domestic and foreign assignments, both in military uniforms and under civilian cover, in real life and online, sometimes hiding in private businesses and consultancies, some of them household name companies.

The unprecedented shift has placed an ever-greater number of soldiers, civilians, and contractors working under false identities, partly as a natural result in the growth of secret special forces but also as an intentional response to the challenges of traveling and operating in an increasingly transparent world. The explosion of Pentagon cyber warfare, moreover, has led to thousands of spies who carry out their day-to-day work in various made-up personas, the very type of nefarious operations the United States decries when Russian and Chinese spies do the same.

The signature reduction effort engages some 130 private companies to administer the new clandestine world. Dozens of little known and secret government organizations support the program, doling out classified contracts and overseeing publicly unacknowledged operations. Altogether the companies pull in over $900 million annually to service the clandestine force—doing everything from creating false documentation and paying the bills (and taxes) of individuals operating under assumed names, to manufacturing disguises and other devices to thwart detection and identification, to building invisible devices to photograph and listen in on activity in the most remote corners of the Middle East and Africa.

Special operations forces constitute over half the entire signature reduction force, the shadow warriors who pursue terrorists in war zones from Pakistan to West Africa but also increasingly work in unacknowledged hot spots, including behind enemy lines in places like North Korea and Iran. Military intelligence specialists—collectors, counter-intelligence agents, even linguists—make up the second largest element: thousands deployed at any one time with some degree of “cover” to protect their true identities.

The magazine also describes the infrastructure supporting this significant effort:

However, questions may arise about legal authority. Are these soldiers conducting undercover or covert ops? Generally, the CIA, and maybe Joint Special Operations Command (JSOC), conduct covert ops, while federal law enforcement conduct undercover ops. But this clandestine effort lies somewhere in between.

Another senior former intelligence official, someone who ran an entire agency and asks not to be named because he is not authorized to speak about clandestine operations, says that signature reduction exists in a “twilight” between covert and undercover. The former, defined in law, is subject to presidential approval and officially belongs to the CIA’s National Clandestine Service. The latter connotes strictly law enforcement efforts undertaken by people with a badge.

This seems too sensitive to be on public newsstands the world over. Even people with high security clearance don’t usually have access to this material. Gosh.

Words matter here. The breezy exchange of the terms “covert”, “clandestine” and “cover” throughout this article are telling. The investigative journalism here reads like a breathless lead-story from “People” magazine, or TMZ. A cursory skim of U.S.C Title 50, and Executive Order 12333 would demonstrate how sensationalist this trope really is.

If Obama an Hillary are part of this this will be a problem.