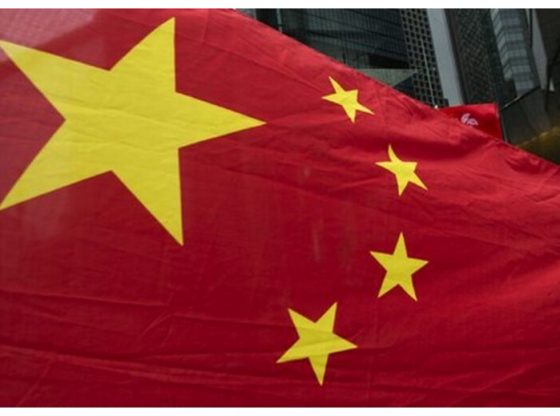 OPINION – One of the key components of today’s geopolitical and even domestic battle spaces is the information or narrative warfare domain. From falsely labelling your domestic opponents ‘extremists,’ to euphemistically calling your foreign enemies ‘competitors,’ it is all part of the bigger battle for hearts and minds.

And one big mistake we all make is referring to the brutal one-party communist dictatorship repressing the Chinese people and various other ethnic groups – as China. It isn’t.

But, by doing so we easily fall into the deceptive trap of being labeled anti-Chinese, or anti-China. Which we clearly are not. Time to flip the narrative.

China is a beautiful country with amazing people, and a rich, vibrant, and ancient pre-communist history spanning almost three millennia. It also has a more recent, short, grotesque, and bloody, 70-year history under the Chinese Communist Party (CCP).

Mao surpassed even ‘Uncle Joe’ Stalin in the USSR and Adolph Hitler in Nazi Germany for the title of history’s worst mass murderer. And the CCP oppression continues to this day.

And this is a critical distinction we must make. Just as the Allies in World War Two referred to ‘Nazi Germany’ and ‘Imperial Japan’ to highlight the horrible ideologies and regimes we were fighting, as opposed to the country or people, so too we must refer to CCP or Communist China as the foe, not China itself.

We are battling a dictatorial police state that enslaves and systematically represses its people, crushes democracy in Hong Kong, subjugates ethnic and religious minorities in Tibet, Christians, and others throughout China, and is conducting cultural, if not actual, genocide against its Muslim Uyghur population in Xinjiang. All while also daily threatening to invade and crush its Chinese brothers and sister on Taiwan.

The CCP is the enemy. Not China. And this is a critical distinction in our information/narrative war with the CCP. So, let’s stop calling it ‘China.’ – it’s ‘CCP China.’ Or just – the CCP.  Start calling it that today. ADN

Will Communist China Spy on…

US Looking to Speed Delivery…

Excellent point and important. We’re beginning to feel it here – we Americans who do not want to be identified with our current policy-makers who, it seems, identify with the CCP.

Hopefully other countries make a distinction between Americans and the communists running our country under the banner of the Democratic Party.

Are you kidding me? After the war is won and China becomes a republic can America worry about semantics. This writer is suffering from “Robert McNamara Disease” a psychosis of self hypnosis that entices its victims to sympathize with your enemy during war.

Exactly my thoughts! Thank you!

How about General George Patton also? I could not believe what Lloyd Austin is force feeding his troops in the way of Racial hatred” Critical Race Theory” and filling the armed services with LBJQT. That group all needs special considerations and will not be available to serve after the quarter of a million dollar surgery to change their sex plus all of the time off to recuperate. Frankly, I believe the free to them surgery is the magnet for their so called service. General Austin also is a Board member of the Raytheon Company which is a Pentagon Favorite. Anyone want to bet about how long before Joe gets the USA into another WAR?.

But do you view the Chinese people in a negative manner? That’s the critical question raised by this article.

Right on target. Once I had a great friend from Red China, an honest, noble man. He disappeared here in the US. Nobody knows where he is. Perhaps he sought to defect and succeeded. If not, the CCP likely caught up with him.

Stupid! The whole country sucks! They will do anything they want without concern for others! Stop the Bullshit!

Traitor Joe has been compromised by the CCP as He and Hunter and his Brothers and Sister formed a company with an office in Washington D.C in conjunction with their CCP business partners. Keys to the office were requested and even Dr. Jill was to have a key. Traitor Joe may be planning to make the USA a foreign subsidiary of the Chinese Country and the CCP The entire Clan of Biden Grifters needs to be examined for treasonous activities against the USA.

Rather like saying that Germany was not Nazi Germany. Make you feel better?