Friday PDB – Taliban May Grab US Military Gear, Holding Russia at Bay in Arctic and Balkans, Why Does China Want a Military Base on Atlantic Coast of Africa? DoD Needs to Plan for Getting ‘Punched in the Mouth’

Home /Paul's Daily Briefing/Friday PDB – Taliban May Grab US Military Gear, Holding Russia at Bay in Arctic and Balkans, Why Does China Want a Military Base on Atlantic Coast of Africa? DoD Needs to Plan for Getting ‘Punched in the Mouth’

Friday PDB – Taliban May Grab US Military Gear, Holding Russia at Bay in Arctic and Balkans, Why Does China Want a Military Base on Atlantic Coast of Africa? DoD Needs to Plan for Getting ‘Punched in the Mouth’ 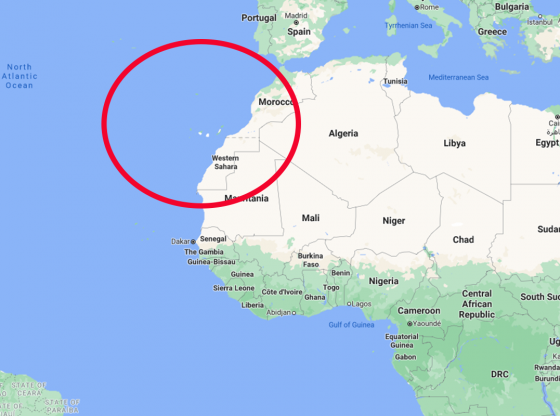 Today’s PDB Includes a variety of critical issues such as – Defense officials confident US can fight terrorism in Afghanistan once forces leave; senators remain skeptical. Taliban may grab US military equipment as American troops leave Afghanistan. North Korea ‘unlikely to surrender its nuclear stockpile’, says USFK commander nominee. Holding the line against Russia in the Arctic and the Balkans.

Plus, the Pentagon needs a plan to get punched in the mouth.

Space Force’s first battle is with the US Army over transferring its satellites.

No more masks for the vaxxed. How will Pentagon know if troops are vaccinated? And should they?

And why does China want a naval base in the Atlantic Ocean?

You want to ditch the mask? Get vaxxed, says Pentagon. Face coverings are no longer required on military installations for troops who have been fully vaccinated against COVID-19, but it will be up to local leadership to make sure that their unvaccinated personnel are still complying with Centers for Disease Control and Prevention guidance.

Defense officials are confident US can fight terrorism in Afghanistan once forces leave; senators remain skeptical. Defense officials on Thursday remained confident the United States can fight terrorism in Afghanistan without troops on the ground in the country, yet some senators were skeptical that the Pentagon’s plan to conduct counterterrorism operations from bases outside the region will be effective.

US, Russia at odds over military activity in the Arctic. The Biden administration is leading a campaign against Russian attempts to assert authority over Arctic shipping and reintroduce a military dimension to discussions over international activity in the area.

Rocket artillery can keep Russia out of the Baltics. Although a significant conflict between NATO and Russia is unlikely, a war of limited aims remains a distinct and dangerous possibility — and in almost any scenario in this context, the conflict will center on the Baltic states.

US, Russia hold parallel military drills in the Balkans. Serbia and Russia launched joint military exercises near Serbia’s capital Thursday as U.S.-led forces held massive drills in neighboring Balkan states in what appeared to be Moscow’s resolve to maintain influence in the European region torn by wars during the 1990s.

F-15EX wins some, loses some in Northern Edge. The F-15EX both shot down some adversaries and was shot down itself during the recent Northern Edge wargame in Alaska, and work is underway to analyze the results of its first appearance in the major force exercise, according to a test pilot who participated.

Space Force’s first battle is with the US Army. The newest force is relying on Army and Navy transfers to grow. But giving up missions is not in the military’s DNA.

China in the Atlantic coast? Nothing to worry about, they can’t swim that far and will not harm us.

We will be in great danger so long s we are stuck with the fake pResident.

China wouldn’t be pulling that sh€t if Trump was still in office !!

That should go over good with our spineless, leader in charge.Absent hidenbiden.

Sick the trannies, I meant the Navy, after them.

This is nothing! Wait until Biden invites them to take over the USA here on American soil!

My entire family and myself are now taking the learn to speak Chinese quick course to be ready when China kicks our ass seriously and escorts Bozo Biden Adminastration out of the gates of the White House. It damn sure wouldn’t have happened with president Trump in the oval office. FM1