US Army Mocked for ‘Woke,’ Feminine Anime Recruitment Ad – Compare it to Russian, Chinese and US Marine Ads

Home /US Military/US Army Mocked for ‘Woke,’ Feminine Anime Recruitment Ad – Compare it to Russian, Chinese and US Marine Ads

US Army Mocked for ‘Woke,’ Feminine Anime Recruitment Ad – Compare it to Russian, Chinese and US Marine Ads 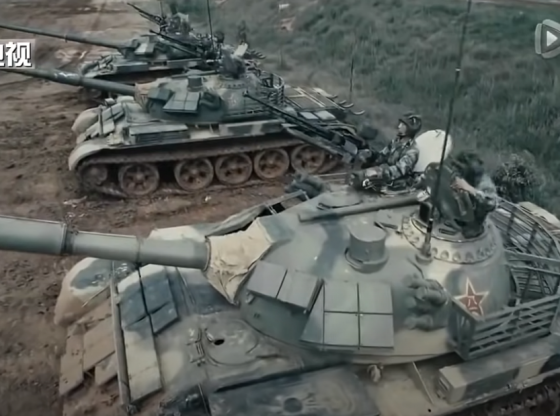 PENTAGON WATCH – ‘Pentagon woke’ strikes again – Not long after the Biden CIA was savaged for its warm and fuzzy woke ad “proudly showcasing an anxiety-ridden, leftist, intersectional, cisgender, millennial mom ‘officer,’” the U.S. Army has launched its newest ‘anime’ cartoon recruitment ad focused on a young woman with ‘two moms’ as the ‘freedom fighter’ the Army now needs most. I wrote about the earlier CIA ad here, and then compared it to the Trump CIA’s hard-hitting patriotic recruitment ad here.

In my last piece, I noted that the CIA ad was mercilessly ridiculed by all sides.

Social media has erupted over this new woke U.S. Army ad in much the same way. And the best example is an online video contrasting the soft, fuzzy feminine cartoon of the U.S. Army ad, with the aggressively masculine ad for the Russian army.

A video has combined Russian and American recruitment campaigns which, side by side, highlights the dramatic differences. The video has been widely shared on social media and appears to have been first posted on Monday on TikTok by the user thoughtcrimes_. It has likely been viewed a million times by today. See it here:

Newsweek reported some reactions to the new ad:

Jessica Lynne tweeted: “It’s pathetic and shameful. Not the military we used to be. Hard to be proud of this.”

Vice President of Free Speech America, Business and Culture at the nonprofit Media Research Center, Dan Gainor shared the video, and in a message to his 20,000 followers wrote: “We are so doomed.” Another user wrote: “As a former US Army Recruiter there are no words!!”

But isn’t just the Russians taking a traditional tough-as-nails warfighting approach to their military recruiting. While the U.S. Army apparently wants to recruit girls from lesbian households enamored of anime – the communist Chinese People’s Liberation Army (PLA) may take the prize for most amped-up recruiting video. Men’s Journal described the PLA ad:

The latest recruitment video for China’s armed forces is an intense three-minute barrage of military hardware. Rapid-fire editing skips between tanks, jet fighters, and aircraft carriers. They throw everything they have into the video, with an abundance of gunfire and explosions, all set to a Chinese hip-hop track called “Battle Declaration” with the shouted refrain “Kill, kill, kill!”

Meanwhile, the U.S. Marines also appeal to America’s youth in its advertising, but thankfully they still do it in a far more traditional, powerful and patriotic way. No ‘woke’ here. Ooorah! Devil Dogs! The Corps may ultimately be America’s first and last line of defense.

Friday PDB – Taliban May Grab US Military Gear, Holding Russia at Bay in Arctic and Balkans, Why Does China Want a Military Base on Atlantic Coast of Africa? DoD Needs to Plan for Getting ‘Punched in the Mouth’
Backlash to ‘Woke’ Army Recruitment Video Ad So Severe, Comments Blocked by Army

Some of those Russian guys are pretty hot!!!

The anti-American democrats, rhinos and their tools are the pussfification of American males, trannies. The laughing stock of the world and lost all respect and might through the liberal agendas!

Obviously Secretary of Defence Lloyd Austin is not the sort of man you want as Defence Secretary. He’ll waffle any rubbish he thinks will please the imbecilic Joe Biden.
You are right, the U.S. Army cannot become anything other than ‘pussified’. It’ll be a walk-over for the Russian. Already it has females who can’t do one chin-up. These trans athletes just sprint away from female athletes – and now we are supposed to believe that female soldiers are the equivalent of male soldiers. A pathetic lie.

With the kind of recruits they seem to want to attract, the US Army is poised devastate any enemy in a pillow fight. It would be brutal!

YO VINNIE
Reply to  TW M

…. or maybe in a battle in the use of non gender pronouns.

Biden’s new strategy – the Russian and Chinese troops will laugh so hysterically at facing the wussy Americans, they will have trouble fighting.
Anyone still proud of voting for the incompetent idiot?
God help America, because the Democrats surely won’t.
Buck Fiden

So did no one else notice the Chinese writing inside of the star on the tank in the front of the picture???????? China Joe!!!!! Impeach the low life Biden and execute him for Treason under the UCMJ IMMEDIATELY!!!!!

If China Joe wants Chinese Communism so badly seize all of his bank accounts and take all of his assets and put him on a 1 way plane to China with no possibility of return!

That army ad is a disgrace. I wouldn’t want my family even thinking about that sick military. That is bidens groups of sickos.

Woke nuts are attacking Sen. Cruz for standing up for a REAL military. Wokeys want a bunch of prancing sissies who sit down for tea and crackers each afternoon!

I sure hope none of those woke little pansies are ever watching either one of my two G’sons’ backs.

I am embarrassed to have such a SISSY CONFLICTING AD FOR OUR ARMY MILITARY!! What does an ad like that portray about America? It makes us look WEAK, CONFUSED, AND DEFINITELY TRYING TO BEND THE LAWS OF GOD!! WHich by the way, OUR ENEMIES “DO RESPECT GOD AND HIS GLORY”, not step on His word and teachings like the U.S.!

Whoever created that “Disney” version of our Army females needs to get their heads out of their behinds! WAR And MILITARY POWER have nothing to do with a gay female family and their progeny (which somewhere along the way a Male had to participate to create)! None of this hogwash should be out there! NONE!

That cartoon misrepresents the majority of our Country’s feelings about Homosexuality, making that way of life a reason to join the Army????? COME ON! How pathetic does the U.S. Recruitment look besides RUSSIA AND CHINA??? We look like a Disney cartoon family— NOT REAL, NOT PORTRAYING THE AUTHENTIC AMERICAN FAMILY, BUT A PSEUDO GAY FAMILY??

But what do you expect from a feeble minded dementiad President being led around by Gay loving demonrats, ALL COMPLETELY UNAWARE OF THEIR ACTIONS MAKING THE U.S. LOOK WEAK AND DISTURBED! What a bunch of dunces!

THANK GOD FOR OUR MARINES AND THEIR RECRUITMENT VIDEO! At least Russia and China knows one branch of our Military still requires Marines to be the very BEST they can be — no matter what that person’s origins are! THAT is how ALL the Military Branches should have their Recruitment Videos! ALL OF THE BRANCHES, including the Army!

SCRUB THAT HORRIFIC PIECE OF TRASH AND GET A STRONG ARMY RECRUITMENT FILM! And kick TO THE CURB, whoever came up with that horrible “Disney Flick” Army Recruitment crap! Whoever that was needs to go apply for a job at a non-threatening facility like Disneyland where they can be all cutesy and cuddly. Waaaaaay out of line for any U.S. Military Recruitment Film! FOR SHAME, FOR SHAME!

Let’s hope that should any conflict arise between the US and Russia or China that those countries will feel in some of that toxic masculinity and fight fair. Otherwise we will have to conduct a congressional investigation to see why they are fighting dirty. Yeah, that and file a complaint with the Geneva Conventions and EEOC. That’ll teach them!

OK, that is devastatingly embarrassing. Biden should send a hand-written apology to every member of the US army.

The Democrat “snowflake” invasion of the US Army is considerable, despicable, and devastating. This “invasion” is not confined to the lower ranks, but thoroughly infiltrates up through the General Staff, starting during the disgraceful Obama years, and continuing with “gusto” in the Biden administration. That should come as no great surprise, since a large number of the people who devastated the military in the Obama Admin. are now in the Biden Admin. One has to wonder, can the United States survive the destruction done to the military by Joe Biden, et al?

Jamey, I think it really goes back to Clinton and what great things they did to the MIL back then

Our only hope lies with the veterans that are able to fight for our country. Maybe some of the active military will follow some real men into action.

How thweet! Poppycock! To hell with any Army of cosmeticians, hairdressers and interior decorators. I’m glad I did not have to serve with this lot. May Marines always be Marines.

It is disgraceful and an embracement!

“Our Country won’t go on forever, if we stay soft as we are now. There won’t be any AMERICA because some foreign soldiery will invade us and take our women and breed a hardier race!” – Lt. Gen. Lewis B. “Chesty” Puller, USMC

There is a Three Star in this link (https://taskandpurpose.com/opinion/ted-cruz-emma-malonelord/) that states he would take her in his Command. I wonder if he is shooting for his Fourth Star in this day and age of wokeness?