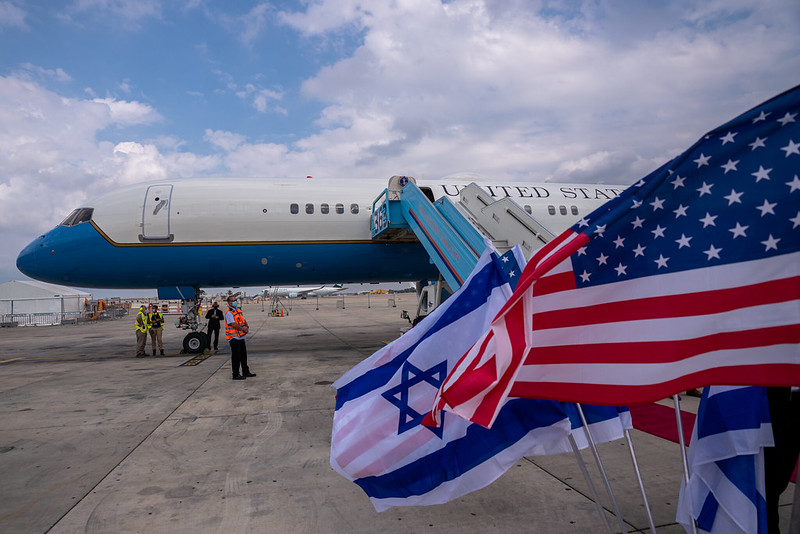 ANALYSIS – In the wake of the typical backlash to Israeli countering barrages of deadly rockets fired at its people, by firing back at Hamas terror targets deliberately shielded by civilians in Gaza, the U.S. has announced that the latest $753 million arms package for Israel includes a newer, much smaller smart bomb designed for accuracy and to minimize collateral damage.

This should help Team Biden appease the leftist ‘progressive’ Democrats in Congress, like Representative Alexandria Ocasio-Cortez (AOC), and Socialist Senator Bernie Sanders, who are opposing all arms sales to our solid mideast ally.

While the State Department notification sent to Congress on May 5, is classified, Newsweek reported that the little-known Small Diameter Bomb (SDB), which is one quarter the size of Israel’s current main smart bomb – the Joint Direct Attack Munition (JADM) – has a “size and accuracy…[that] allows for an effective munition with less collateral damage.”

The newer Raytheon-made SDB is not yet in Israel’s arsenal. Also known as the GBU-39/B Small Diameter Bomb Increment I (SDB I), the newer weapon, notes Newsweek is:

…a 250-lb. class, air-delivered weapon that is guided by both global positioning system (GPS) satellites and an inertial system that detects its position in space, correcting its flight path. The bomb’s diamond-shaped wings stabilize the weapon and increase glide time, allowing delivering planes to release the bomb from as far as 40 miles (65 kilometers) from the target, minimizing the vulnerability of aircraft.

SDB is intended to eventually replace the JDAM, a satellite-guided bomb that was first used in combat in 1999.

In the latest conflict, Israeli strikes have killed more than 200 militants including 25 senior commanders, said Prime Minister Benjamin Netanyahu. The Islamic Jihad militant group and Hamas dispute that figure. The Gaza Health Ministry says at least 243 Palestinians have been killed, including 66 children; it does not distinguish militants from civilians. In Israel, 12 people were killed, 11 of them civilians including a 5-year-old boy and 16-year-old girl.

In Washington, the disparity in the body count and the vivid [often staged or manipulated] news coverage of destruction in Gaza prompted an unprecedented outcry in Congress: progressive Democrats, in particular, have been critical of Israel and outspoken in supporting Palestinians. They have opposed President Joe Biden’s arms package.

What happens now? Air Force and Pentagon officials say that the composition of the U.S. arms package to Israel should assuage concerns about it. “All of the weapons being offered to Israel are newer, more accurate, and less destructive than what Israel currently possesses,” one Pentagon official wrote.

LISTEN UP…GOD Will BLESS Those Who are a FRIEND to ISRAEL. It is WRITTEN in the HOLY SCRIPTURES. From SamuraiQueen. 😄😄😄

The SDB’s are a great device, the can be sent thru a specific door.

The US better think hard to back Israel, they have saved our arse and many allies, many times,without their intelligence reports,we would be screwed, and very vulnerable to our adversaries. We don’t have a better ally than them, and so do many other countries rely on Israel for protection, wake up, tell the squad/bernie to stuff it.

just look at the improvements I.D.F.made on the F16,the armor on our tanks and the radar on the CIWS GUNS.

BULL, IT IS TIME TO PLAY HARD BALL.

Many folks do not realize that HAMAS deploy their rocket attack stations within mosques or densely populated neighborhoods to MAXIMIZE collateral damage to civilian property and to occasion loss of civilian life when the Israelis counter-attack. They use their own people as human shields and as martyrs. The Geneva Convention would not concur.