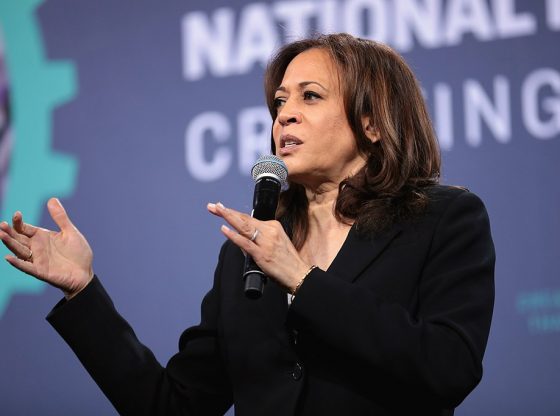 One of President Joe Biden’s first acts in office was to begin reversing President Trump’s effective border and immigration policies, from stopping construction on border barriers, to walking away from agreements with Mexico and others to keep migrants seeking asylum in their countries, to promises of blanket amnesty for nearly 15 million illegal migrants in the U.S. already. The massive surge in illegal migrants and the humanitarian and security crisis that immediately ensued is the result.

Since then, Biden initially denied journalists access to Department of Homeland Security (DHS) facilities on the border and has also denied that there is a crisis at the border. Later he blamed former President Trump for the crisis. This, even as the crisis deepens and has been amply documented, and even admitted by some of his own team. Unaccompanied children have been kept in cages or flown across the country to facilities in other states.

All the while, Biden has refused to visit the border. And in March he passed the buck to his VP Kamala Harris, anointing her his ‘immigration czar.’ Problem is that in the next two months, Harris hasn’t visited the border either, and has no apparent plans to do so any time soon.

Meanwhile, the situation has only gotten worse. I recently wrote about how young male illegal migrants coming through Arizona are using military gear and tactics to infiltrate into the country. Most recently, reported Fox News, one of their drones spotted a migrant group of about 40 overwhelming Border Patrol agents in Texas on Sunday, running across the southern border into the U.S. as they were chased by border agents on foot in La Joya, Texas. Most in this group were young single males.

About 15 to 20 of the migrants were taken into custody as the other half assumedly managed to flee. Two migrants on the run appeared to be handcuffed together, giving off the impression of being in custody prior to the chase.

Separately, video from the ground shows another group of migrants — about 53 people from Romania, Venezuela, Guatemala and Honduras who surrendered to Border Patrol agents.

As noted by the New York Post, Texas Gov. Greg Abbott warned during an interview on Fox News’ “Sunday Morning Futures” that the surge of migrants coming across the southern border is causing a “dramatic increase” in the amount of drugs being brought into the US.

“The Texas Department of Public Safety patrols the border every single day. And they have seen an 800 percent increase in the amount of fentanyl coming across the border. They seized this year enough fentanyl to kill every man, woman and child in the entire state of New York,” Abbott said Sunday.

Still, Vice President Harris has made no arrangements to go to the border, talk to local officials, and see it for herself in person.

When asked by reporters when Harris would finally visit the border, Fox reported, White House Press Secretary Jen Psaki on Monday said: “I expect she will make a trip to the Northern Triangle [Central America] at some point soon. So that would be where she would travel given her purview.”  ADN

It is not that she refused to go. She knows that she is in charge and not Biden. She is not going in order to prove that point

She’s making the point that she’s not doing what he told her to do? Makes sense.

Obama is on a revenge rant, is pulling all thd strings and is hell bent on ruining the country and Trump in particular, for announcing to the world that Bozo was the worst ores in history

Obama is an illegal ——- totally undocumented. Well except for his forged documents of course.

What’s worse is the fact that Obama is a COMMUNIST coached from boyhood on by his Mama and Frank Marshall Davis a notorious Chicago journalist who fled to Hawaii and is said to be the Birth Father of Obama. Obama is a card carrying member of the New Party of Chicago aka the same old Communist Party USA. CPUSA–the same party Congress outlawed in the 1980s–it is still here and many in the Black Caucus of the House of Representatives are known communists. WHY IS THE CONSTITUTION OF THE USA NO LONGER TAUGHT IN OUR SCHOOLS? Why critical race theory? because it is Communist propaganda and only useful for creating dissension among the races in the USA.

Out of site, out of mind. If you don’t see it, it isn’t happening!

Kamala Harris is worthless. I don’t know who she did to get in there but she is a worthless person.

I know who, Willie Brown, the democratic king maker of the tight little world San Francisco politics. A small group of very wealthy politically active families have had a grip on this world longer than most people have been alive.

It’s called spread your legs and on your knees

Spread’em wide to the top. The Kamala Harris strategy to success, even an idiot can make it. Book coming to a book store near you.

Most of us know how she got her positions !! Was not for her brains and ability.

She got there because Obama wants her as President when they remove Uncle Joe .

She doesn’t want her photo taken down there because she might start laughing which would put her in deeper darkness which she is queen of.

the country has gone down hill fast … is there anyone in Washington, D.C. with some common sense?????????

Is Biden opening the border to bring in drugs for Hunter? What’s he gonna do when Dims start dying by the thousands from drug overdoses?

Judy has shown the way to end this BS

He wants to keep the price low, crack is expensive!

For years I have been advocating a simple strategy to rid our nation of undesirables (read democrats):
Establish a fund to buy massive amounts of pure (uncut) heroin and cocaine direct from Thailand and Columbia.

There is great satisfaction in an enemy destroying itself with too much of its own success.

Ok, your idea sure beats doing nothing!

The die is cast. Our current administration is determined to destroy the nation. Time for state law enforcement, the National Guard, the minutemen or ordinary armed citizens to start shooting these b*st*rds. What we’re seeing is outrageous.  They’ve thumbed their collective nose too many times and now deserve to face the gunfire.

When Nero fiddled while Rome burned, at least he could see it out his window. Maybe she’ll peek out the airplane window at the border on her way to Central America.

Why are they running from the border patrol? They are going to be turned loose anyway.

She does not want to face the reality that she and her demonic party created.

IMPEACH HER…. FIRE HER… she is NOT doing her job, in fact nothing at all but put in time…….Democrats you and the nation deserve better than to have her make fools out of you by defying your wishes. She is a great big nothing !!!!! Clean house you have new Democrats who could best her on anything !!! Give them a chance to actually DO something ???QQ OMG I can’t believe this is happening !She needs to be removed from office and let someone willing and able to do the job !!!!

If you are a Democrat, you lie! Democrats and the Democrat Party are simnply built of LIES, LIES, and more LIES! Never in American history has a whole major political party turned as completely rotten as the American Democrat Party. Why isn’t the FBI investigating many of these total fabrications, since they endanger the lives of American citizens?

FBI??? You are joking. The FBI. DOJ, CIA, BATF, are not going to investigate themselves. They are all part of the problem. Soon the army, navy, and Air Force will be in the same camp.

It’s time. Either TSHTF, or we all roll over.

Why should PINO Joe or Commala go anywhere, the plan is WORKING!

See how worthless VP ‘Giggles’ is?

Perhaps she has failed to visit the border because she is unsure whether to wear a mask or not.

Begs the question about what she said about holding a conference with those countries and figure out why all the immigrants are coming to the US and not staying in their country and fixing the problems there. Wonder why she hasn’t asked them that?

After Trump Said He is Visiting Border Next Week, VP Harris Suddenly Says She is Going First – American Defense News

[…] Kamala Harris is finally heading to the U.S.-Mexico border on Friday. Critics, including me, have challenged her regularly for not making the trek to see the border chaos personally and meet with U.S. and […]