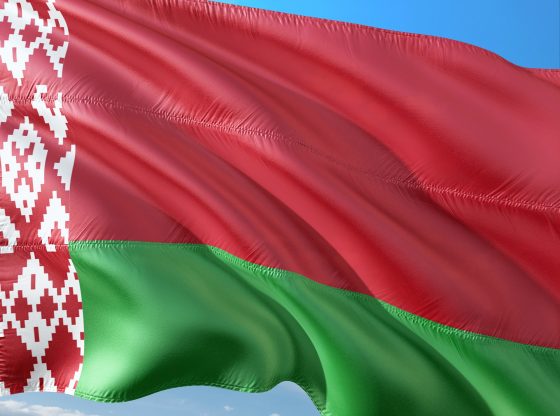 Furious Backlash – In what some observers are referring to as “state-sponsored hijacking,” a Belarussian jet forced a Ryanair jetliner flying from Greece to Lithuania on Sunday passenger airliner to land in Minsk so authorities could arrest a journalist on board.  The dissident is Raman Pratasevich, a key foe of authoritarian Belarusian President Alexander Lukashenko, who ran a popular Telegraph messaging app that played a key role in helping organize massive protests against Lukashenko.

The government of Belarus used a transparent ruse to justify the operation. According to Associated Press (AP):

Ryanair said Belarusian flight controllers told the crew there was a bomb threat against the plane as it was crossing through Belarus airspace on Sunday and ordered it to land. A Belarusian MiG-29 fighter jet was scrambled to escort the plane in a brazen show of force by Lukashenko, who has ruled the country with an iron fist for over a quarter-century.

The apparent target of the forced landing: Raman Pratasevich, who is “a 26-year-old activist and journalist who ran a popular messaging app that played a key role in helping organize massive protests against the authoritarian leader,” AP reports. “He and his Russian girlfriend were led off the plane shortly after landing — and authorities haven’t said where they’re being held.”

Passengers described Pratasevich’s shock when he realized the plane was going to Minsk. “I saw this Belarusian guy with girlfriend sitting right behind us. He freaked out when the pilot said the plane is diverted to Minsk. He said there’s death penalty awaiting him there,” passenger Marius Rutkauskas said after the plane finally arrived in Vilnius. “We sat for an hour after the landing. Then they started releasing passengers and took those two. We did not see them again.”

“State-sponsored hijacking” is what RyanAir CEO Michael O’Leary called the events this weekend, according to the Wall Street Journal. “The incident has sparked an international outcry and raised questions over the legality of the plane’s grounding and the ramifications for the airline industry,” the Journal reports.

Thankfully, in a rare unified, prompt the European Union responded loudly and clearly. On Monday it agreed Monday to impose new sanctions against Belarus, including banning its airlines from using the airspace and airports of the 27-nation bloc.

While this is indeed a horrible act by the Belarusian strongman Alexander Lukashenko. a willing puppet of Russia’s Vladimir Putin, this isn’t the first time a civilian jet has been intercepted by military aircraft and forced down to arrest passengers. In 1985, President Ronald Reagan used U.S. F-14s jet fighters from the carrier Saratoga in the Mediterranean to force an Egyptian airliner to fly to a U.S. naval base in Sicily.

The airliner was carrying four terrorists who had just hijacked an Italian cruise liner and brutally murdered an elderly disabled American tourist, throwing the wheelchair-bound man overboard. The men had negotiated a deal to go to Egypt.

Reagan had vowed that the terrorists would not evade justice. The significant difference in the two incidents – one was conducted by a democracy to bring cold blooded murderers to justice. In the other, a young, peaceful democracy activist now faces torture or death by a murderous illegitimate regime. ADN

Actually it wasn’t a bomb threat, it was a missile threat from a Mig-29.
What if the airline pilot had the balls to keep flying ? If the Mig shot it down they could tell the world the bomb on board destroyed the plane.

Cut the crap please. We did the same with Snowden and the Bolivian President. If we keep lying to ourselves, we’ll never win the next war.

I’m so traumatized by BLM/Antifa and their year-long “peaceful” protests, as those protests are described in our continuously lying MSM, that I hesitate to support the journalist/activist described in the article. Isn’t that terrible? It’s not like me, at least not how I used to be. Now, however, in my opinion, if this guy’s anything like the journalists/activists in our country who lie to us on a daily basis and collude with BLM and Antifa to gin-up violence across our country and burn down our cities, defund our police, attack and terrorize anyone who disagrees with them, take over neighborhoods and streets, try to overthrow a duly elected president with an endless stream of fake news stories, phony dossiers and political investigations, rig elections, and destroy our country and everything it stands for, then I’m not sorry he’s been arrested. Yes, that’s a terrible thing to say, but the events of the last year have changed how I look at so-called “dissidents”, “journalists”, “activists”, “social justice warriors”, etc. It’s so easy to paint people like him as being some type of a hero, when you don’t live in Belarus and don’t have to put up with the “massive protests” he’s been organizing. There might be a whole lot of people in Belarus who are relieved to see this guy finally arrested, just as there would be in this county to see subversive and violent Leftists arrested. That said, I don’t want to lump myself in with Lukashenko. I don’t know much about him and certainly don’t support him. I just caution against any knee-jerk outrage that this self-described, so-called journalist/activist has been arrested. He might be no better than the violent Leftists and hack media in our country. People like that want things to be THEIR way, and, in order to force their will upon everyone else, they lie and take to the streets in raging mobs with molotov cocktails and bricks. They shut down entire cities and riot, loot, and burn. Night after night after night. Their violence goes on and on, as the funding magically flows to enable them to make a career out of organizing massive protests and committing street violence. That career even has its own MSM-esteemed title: social justice warrior. That sounds like something good, but it’s not. It’s a cover for evil. I don’t like the evil that’s afoot in our country, and I fear it’s afoot throughout the world. I think we need to hesitate before throwing our support and sympathies behind someone like this guy. He’s an activist? Big deal. He’s a journalist? Big deal. I just don’t care. Not any more. I care about Ashli Babbitt, though.