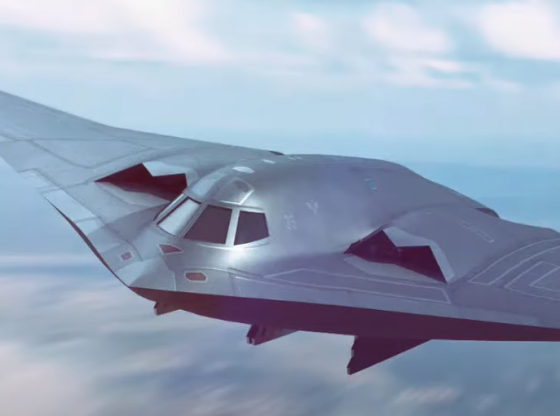 Today’s PDB includes a variety of critical issues such as – How ramjet shells could triple the Army’s artillery range. US and South Korea agree to scrap range limits on South Korean missiles. Special series on the intense competition and dangers of high tech and AI competition with China and Russia. How China’s mysterious H-20 strategic bomber ‘may be able to strike the second island chain.

Plus, another special series on international efforts in anti-drone defense.

And Baltic states vow to tighten defense ties with an eye on Russia.

House Democrat lawmaker grills Army officials on gender bias, including ‘lopsided’ combat fitness test. The chairwoman of a House Appropriations Committee subpanel slammed Army officials at a hearing Monday over what she called insufficient answers to questions on how the service is combating gender bias, specifically with its new combat fitness test.

National Guard’s post-Capitol riot mission cost $521M bill as final troops head home. The National Guard Bureau estimated the initial mission cost from January through March to be $410 million, and the extension until Monday cost an additional $111 million for a massive $521 million bill to protect a vast perimeter of the Capitol grounds through the winter and spring.

Artificial intelligence is America’s Achilles heel against China. Unless Big Tech, universities and the Pentagon can work together, China’s government-run approach will surpass U.S. efforts.

A warning to DoD: Russia advances quicker than expected on AI, battlefield tech. The Russian military is more technologically advanced than the U.S. realized and is quickly developing artificial intelligence capabilities to gain battlefield information advantage, an expansive new report commissioned by the Pentagon warned.

Russia is accelerating its own link-everything network. The U.S. sees networked warfare and AI as a game-changer. But what happens when your opponent copies your move?

Baltic states vow to tighten defense ties with an eye on Russia. The governments of Estonia, Latvia and Lithuania have agreed to tighten their defense cooperation, vowing to explore the joint acquisition of new rocket launchers amid fears of Russian military moves in their neighborhood, the countries said in a joint declaration.

Ramjet shells could triple artillery range. The Army is about to award development contracts for future artillery shells that will look more and more like missiles, with precision guidance, fins, and even ramjet engines.

Italian Air Force eyes microwaves and lasers to defeat drones. Directed-energy beams could be the next step in bringing down hostile drones, officials from the Italian Air Force are predicting.

Lasers, integration and mobility: Israel races to stop growing threat from drones.  On April 27, personnel with the Israel Defense Forces downed a drone that crossed into the country from Lebanon.

Gee, does China smell blood in the Biden coup?

I remember seeing Russia with copied America technology, found out later they were just an empty shell. 2AF

GUESS THAT WE DESIGNED THIS GARBAGE FOR THEM! IT IS AN EXACT DUPLICATE OF OUR FLYING WING!

perhaps too many democrats in the boeing board room?????

kind of strange that all of china’s new aircraft look like american. carbon-copies of our originals..by chance?????

Gee, the Chinese engineers are something else … Oh, wait, is that a fingerprint there??? Just a hunter, i guess… Betcha we got a bomber just like theirs … wonder which one was on the drawing board first …its just a “convenient coincidence”…Sorry, but there must be a rat somewhere…

Of course China stole the technology for this plane. Or they could have done what the Soviets did when they designed their space shuttle in the 80s, use a FOIA request for the design. Good thing President Reagan’s policies bankrupted them before they could fly it.