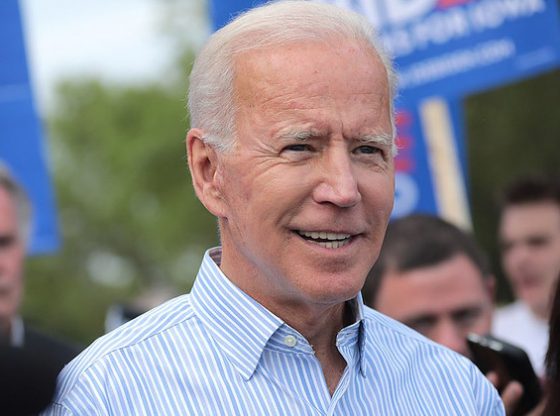 As I have written on several occasions, coinciding with his inauguration, President Biden has created a massive illegal migrant surge and border crisis not seen in many years. By immediately dismantling President Trump’s effective immigration and border efforts, the chaos at the border has worsened month by month. Meanwhile, in their four months in office, while constantly denying a crisis exists, neither Biden, nor his immigration czar, VP Kamala Harris, have visited the border.

And, as I have written, neither appear to have plans to do so.

But not only do they refuse to visit the border to see the situation for themselves, but they are also blocking Republican lawmakers from visiting federal border facilities for themselves. Many are asking – what is the Biden-Harris team trying to hide?

On Tuesday, Team Biden denied a delegation of 12 GOP members of Congress access to a Drug Enforcement Administration (DEA) border facility in El Paso, Texas. The Republican lawmakers have reportedly attempted to gain access to the facility for weeks and been rebuffed by Biden’s appointees.

Not only that, but when they went to visit the site anyway during their own visit to the border, they were physically prevented from entering the El Paso Intelligence Center, Fox News reported. The lawmakers were there to learn more about the DEA’s efforts to combat increased drug smuggling at the border fueled by the migrant surge and border chaos.

A DEA official stationed at the El Paso facility told Fox News there was an increase in drug smugglers crossing the U.S.-Mexico border in March and indicated agents are concerned that recent trends will continue.

“In the first five months we’ve seized more than the entire year for those for 2019 and 2020, so that’s concerning for us and that’s all drugs across the board, that is methamphetamine, fentanyl, heroin and cocaine.

In response to the Biden effort to block the members of Congress from the site, the GOP lawmakers accused the Biden administration of interfering with their “constitutional duty to have oversight over these facilities that are paid for by taxpayer dollars.”

All I can say is, I don’t know what they have to hide. For some reason, we were not allowed in. I can only imagine what is it that they want to hide and not show the very representatives of the American people that have oversight over this facility that fund it and that authorize it. What don’t they want us to see?

You can not trust Joe Biden

You can trust globalist puppet, chester the molester biden to preach globalist agendas 100% of the time .

Bobby, it is not Biden we can’t trust, it is the ever growing number of handlers that we can’t trust. Hell, we do not know who is running the Country.

Anti-American Biden. Take him to court. He’s acting like the Fuhrer.

This clown is anti-USA from the word “go”. He is a continuation of Obama and a product of William Ayers socialism and communism. He has been a weasel his entire crooked political career.

they are hiding everything they don’t want the public because it will give the opposite optics of what they want people to know so as soon as possible get everyone of the lying,cheating an crooked dems out of office biden has got this country right on verge going down shithole

Might I suggest that local and state government declare an open session for hunters to hunt down drug dealers and put a trophy on their heads. How many more innocent live must we loose to these non human beings? They prey on the weak who are depressed and have nothing to loose. We the tax payer must pick up the mess. It would be cheaper to have an open session.

What happens when these terrorist drop all these drugs Into the water of the big cities and kills millions of people. Will the Biden Administration admit there is a crisis in this country and the government who is supposed to protect the people will start acting like Americans instead of out of control freaks

I wouldn’t worry your simple mind about politics or an big ideas. Just focus on living your daily life God will take care of the rest.

Give us your address so we can send the terrorists or illegal alien border jumper to visit you BIG BARRY.

Makes me wonder if Putin will drop a check in the mail to Hunter to launder for the Biden Clan for the list of 17 of he USA most sensitive facilities in the USA that the Russians are absolutely forbidden to hack and collect ransom from.. These facilities were on a list written by Joe and handed to Putin.

So what law enforcement contingent do they need to cuff, and drag away, and charge with criminal obstruction (just like would happen to me if I stood in the way) those who are blocking a legal and sworn duty of congress ?

When the Republicans take over in 2022, it’s time to defund these facilities.

Mayorkus should never be in law enforcement. He performs for the criminal in stead of the law. We need only those who know what they are about.

Where is this occurring? In Russia, China, North Korea, Hitler’s Germany? Where the hell is the press?
It is time to send MSM and the Marxist Democrats to Venezuela for life…
Buck Fiden

One party rule. If GOP lawmakers try it again, they will mysteriously disappear, and reappear months later at Gitmo.

Then Joe Scarborough will cheer.

How many of those kids were brought to the WH for Biden’s play things?

The Biden-Harris administration and Harris’ San Fran cohorts are obviously conducting a colonization campaign. In the last 5 months, over 1 million criminal aliens have come across the southern border. That’s more colonists from Central America in 5 months than colonists that came from Europe and Africa before the Revolutionary War.

They may have been kept away from the sources of the Dark Money given to the Democratic Party!

And why isn’t Nancy Pelosi proposing impeachment of Joe Biden? He is preventing the people’s representatives from doing their sworn duty. He is violating the Constitution! Where the hell is Nancy Pelosi???

I might be able to accept how our government could have difficulty conducting oversight of something like Iran’s nuclear activities, but why the HECK are the American people being told there can be no oversight of our own border facilities? Stop this endless whining, and tell us what you plan to DO about it!!

Impeach him already! They could be hiding that they are partnering with the drug gangs for illegal side money. Worse using the building for trafficking.

Maybe hiding weapons from china? You can not under estimate the Biden CRIME FAMILY!

Cheryl A Bellerose
Reply to  Sue

SO SO TRUE!! THEY ARE NOTHING BUT LIARS, CHEATERS, AND CRIMINALS!

Evil hides in the dark. It runs from light.

BOY! Those Republican’s really know how to fight and even wright letters of complaint to officials in charge. Biden laughs at them the way China, Iran and Russia laughs at Biden.

What biddyboy biden doesn’t want any Republicans to see is how poorly and pathetic that DEA site is run. Same for all the immigration camps full of young children where there has been rapes, molestations and in a couple immigration camps, females have been surgically operated on without their permissions! But “ WHAT ME WORRY” biddyboy says. Kamalala will take care of it all. Ha ha ha ha ha! WHAT A FRIGGIN JOKE!

You and I know that those camps and the DEA are doing things NOT SANCTIONED BY OUR NATION AND BIDDY IS COVERING IT ALL UP!

So who is going to be America’s HERO and get inside those camps and the DEA Center to find out exactly what Biden is doing? Any VOLUNTEERS? Americans need to know what criminal acts this administration is trying to pull so we can SLAM DUNK THEM ALL INTO GITMO!
Come on, someone volunteer — just be careful and expose that Leftist Agenda!

We need an IMPEACHMENT SQUAD FOR BOTH HARRIS HEELS UP AND BIDEN THE CORRUPT. Soon the information will be flowing in on the voter fraud that was committed by the Demomarxists. It will be a very interesting summer. China Joe has betrayed his Country that gave him so much to China who sent a pandemic world wide to make sure Joes won the election by changing ballot laws and allow massive ballot fraud.in many States. He has been on the payrolls of Ukraine, Russia and China who still funnels funds through the monies they handed to Hunter to buy entire small companies American of course who produce sensitive Military equipment. Due to politization of our investigative Agencies Joe and his Biden Clan of Grifters will continue their tyranny and escape punishment for their corruption..