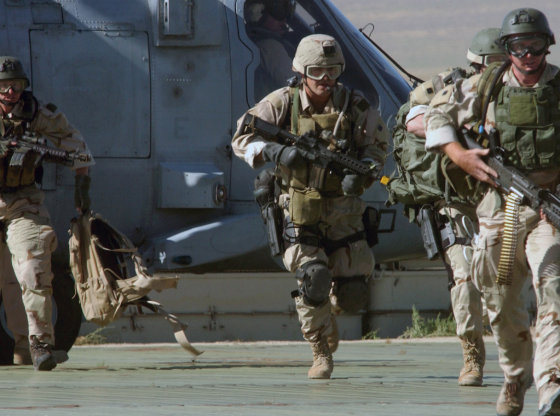 Today’s PDB includes a variety of critical issues such as – Wave of Afghan military surrenders to the Taliban picks up speed. Taliban warns Pakistan about hosting US military bases. Biden ending Trump OK for US oil company in Syria. General Milley: China striving ‘to be our equal’ [superior?] in the coming decades.

Saudis: Coalition kit on Yemeni island where base is being built.

Russia says it expelled British warship from waters near Crimea.

LGBTQ, indigenous task forces want to ‘light a fire to get things changed.’ Maj. Gen. Leah Lauderback could choose to dwell on the misery she carried through the “Don’t Ask, Don’t Tell” era, when she needed to hide her sexuality to stay in the military. Instead, the Space Force official wants to create a better future for those like her.

Biden ending Trump OK for US oil company in Syria, says official. The Biden administration has decided it will not renew a waiver that allowed a politically connected U.S. oil company to operate in northeast Syria under President Donald Trump’s pledge to “keep the oil” produced in the region, according to a U.S. official familiar with the decision.

Milley: China striving ‘to be our equal’ [superior?] in coming decades. While the Chinese are investing heavily in advanced technology, “they are not our peer or near-peer competitor just” militarily, but their goal is “to be our equal” across all domains in the coming decades, the chairman of the Joint Chiefs of Staff said today.

US tells Russia it won’t rejoin Open Skies arms control pact. Despite bashing Trump for withdrawing from it, the Biden administration informed Russia on Thursday that it will not rejoin a key arms control pact abandoned by Trump, even as the two sides prepare for a summit next month between their leaders.

Russia says it expelled British warship from waters near Crimea. A Russian security official has claimed that last October, Moscow used its navy and air force to expel a British warship, HMS Dragon, from what he described as Russian territorial waters near Russian-annexed Crimea.

Saudis: Coalition kit on Yemeni island where base being built. A Saudi-led coalition fighting in Yemen on Thursday acknowledged having equipment on an island in the Bab el-Mandeb Strait where a mysterious air base is now under construction.

A US security strategy for the Arctic. In March 2021, three Russian submarines simultaneously broke through the ice near the North Pole. Each boat could carry 16 ballistic missiles, and each missile could field multiple nuclear warheads.

A wave of Afghan surrenders to the Taliban picks up speed. Dozens of besieged outposts or bases, and four district centers, have given up to the insurgents this month, in an accelerating rural collapse as American troops leave.

Taliban warns Pakistan about hosting US military bases. The coming weeks and months will reveal the exact role the United States envisions for Pakistan in Afghanistan after the U.S. military withdrawal is complete.

LISTEN UP…PREZ BIDEN is Giving U.S. $$$$ to TERRORISTS. The DEMOCRATS Have SOLD OUT JEWISH and AMERICAN BLOOD. Are These the KIND of PEOPLE YOU Want RUNNING the UNITED STATES???? From SamuraiQueen 😩😩😩

LOL I was in the 10th Special forces group in the ’60’s and I can just imagine some of those liberals trying to put the woke feelings on the group. But maybe SF has changed since then.

Our Greatest Weakenest Problem is the Administration. It appears he is looking through rose-colored glasses.