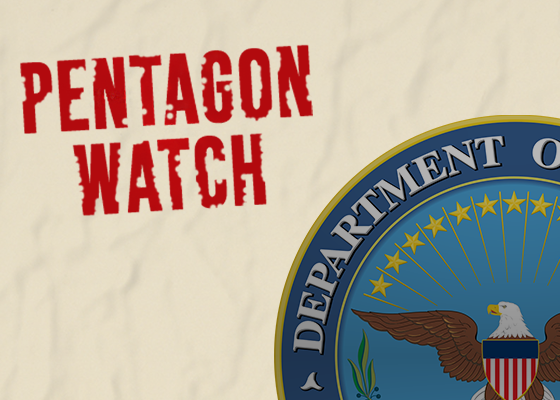 WOKE WATCH – What many call the ‘woke subversion’ of the U.S. military continues to grow under the Biden Administration. Every day we see reports of woke excesses being perpetrated by an ideologically biased leadership at the Pentagon. But the backlash to this reverse racism has begun and is growing as well. Deeply concerned by the growing infusion of the neo-Marxist critical race theory (CRT) into the military, a coalition of veterans and congressional Republicans are demanding the Pentagon stop the left-wing activism and focus on national defense.

One such group is STARRS. An incident at the Air Force Academy in July 2020 where his complaints about their showing a film advocating for Black Lives Matter (BLM) prompted retired Lt. Gen. Rod Bishop to co-found a veterans advocacy group called Stand Together Against Racism and Radicalism in the Services. In less than a year, STARRS membership grew into the hundreds, including dozens of officers and retired military officials.

With the explosion of CRT and woke indoctrination under Biden now, along with the related and politicized ‘anti-extremism agenda,’ expect groups like STARRS to only grow.

In addition to the BLM film, cadets at the academy also spoke about running into books by Malcolm X and other far-left radicals in a new “Diversity and Inclusion Reading Room” at the elite military service school.

“Rather than e pluribus unum, rather than teamwork, rather than cohesion, we’re being taught an ideology which seeks to divide us based on the color of our skin,” Bishop told the Washington Free Beacon. “I’ve flown into combat zones. It didn’t matter if my copilot was black or not.”

Meanwhile, during his confirmation hearings in January, Secretary of Defense Lloyd Austin ominously told the Senate that the Pentagon’s job is to “keep America safe from our enemies. But we can’t do that if some of those enemies lie within our own ranks.”

But these enemies ‘within our own ranks’ are actually the hyper-politicized and ideological Pentagon that Austin is now leading.

“There’s a culture of fear within the military now,” Bishop said. “On the one hand, it’s okay to cheer on Black Lives Matter [on a military base], but if you speak out against this Marxist ideology you’ll be relieved of your duties. Ask yourself, ‘Is this what China and Russia are concerned about?'”

As the Free Beacon noted:

Many Republicans in Congress share similar objections to the injection of radical ideologies into the armed forces. On Wednesday, 30 of them called on Secretary of Defense Lloyd Austin to “take action to fight back against the creeping left-wing extremism in the U.S. military.” Republicans in the House and Senate expressed alarm at the firing of U.S. Space Force Lt. Colonel Matthew Lohmeier, who criticized the “neo-Marxist” agenda infiltrating the military. House Republicans are demanding the military change course from its focus on diversity. With a growing threat from China, they argue, the military must remain focused on winning wars rather than appeasing fringe left-wing activists.

“The military’s long history of standing above politics has made it one of the most respected institutions in America and enabled our armed forces to both defend the Homeland and serve as one of the bulwarks of our constitutional order,” wrote Rep. Matt Rosendale (R., Mont.). “That legacy is now in jeopardy.”

Rep. Randy Weber (R., Texas), who signed the letter to Austin, said the imposition of critical race theory from top military brass is more damaging than the social media posts of individual soldiers. He called on other members of the military and the public to speak out and pressure the Pentagon.

“Patriotic Americans cannot stand idly by watching the politicization of our armed forces. George Washington—first a general, then a president—relinquished his commission before entering office,” Weber wrote. “A truly visionary leader, he recognized the perils of a politically-biased military. Our men and women in uniform are not lab rats in a social science experiment.”

Stop the nonsense and bring the military back to the way it should be! There is no good to come out this “woke” bulls##t !!

It is also dangerous to our troops and our country to lower standards in order to allow those who cannot meet them be given positions. It is idiotic!

Well, look at what we have for a so-called President. He’s a FRAUD, just like the political party he represents! Only God and settle this mess!

Clueless joe, along with all democrats hate the military and doubly hate military veterans. Why? only those Godless liberals can tell you.

I am neither a godless nor mindless liberal; I am a small government conservative, but I can tell you why they hate America and a strong military; because they are One World Globalists, like many of our so called Republicans (who are actually neo-cons, pushing Trotskyism. And they have been filling the halls of the Pentagon with O.W. Globalists. They are the ones pushing our military to become a bunch of pansies!

Not all the Republicans are globalists but that’s why we need to stay on top of their voting records.

ABSOLUTELY RIGHT ON! Get rid of that Leftist crap! Dump that rhetoric and LET OUR MILITARY BE WHAT THEY ARE SUPPOSED TO BE — brothers and sisters fighting to defend our Nation! THAT IS THEIR JOB — NOT to learn that Marxist crap nor support BLM, a domestic terrorist group!

Who, in God’s name, decided to throw that twisted rhetoric at our dedicated military? I would certainly like to know their names because I would personally kick their arrogant anti-American asses across our Nation and use them for target practice for our aircraft carriers! Just totally
UNBELIEVABLE!!

The Military is about comaderie, not separation. Fighting alongside your brother/sister in arms, those soldiers do not look at each other’s color of skin. They work as a team — something that makes the U.S. Military very successful!

There is NO PLACE FOR POLITICAL CRAP EVER IN THE MILITARY!! WHOEVER IS PUSHING THIS B.S. NEEDS TO NOT ONLY BE REPRIMANDED BUT THEIR MILITARY RANK KNOCKED DOWN SEVERAL NOTCHES THEN DROPKICKED OUT OF THE SERVICE! Traitors like that DO NOT DESERVE TO SERVE IN OUR MILITARY!

BLM (domestic terrorist group) and any Marxist B.S. do NOT BELONG ANYWHERE IN OUR MILITARY. WISE UP AMERICANS! Support our Military but kick out BLM/Marxist agenda!

Our enemies, China and Russia, are laughing at the U.S. because we have a dimwit for a president and now we have our Military being infiltrated by some idiot high ranking military personnel that is subverting our Soldiers! To them, what a hilarious twist of fate from President Trump who had the respect of all the Nations and the Military leaders to now, a weakened demonic government that only cares about themselves and no one else! HOW SAD IS THAT!

THOSE MILITARY who are forcing our military men and women to read their anti-American political crap are ACTUALLY HANDING AMERICA/AMERICAN PEOPLE OVER TO OUR ENEMIES. Why? Because our soldiers need “Clear heads, uncluttered minds to fight for our Nation and “someone” is trying to subvert our military personnel with Marxist crap and BLM propaganda!

If we Americans do not stand up to the Anti-American Pentagon, that faction is going to make us “Sitting Ducks” for China and Russia! Everyone you know should be contacting the Pentagon and telling them how “UNAMERICAN” they have become and to 🛑 STOP trying to brainwash our Military with their Marxist/BLM Agenda! BACK OFF NOW!

Believe me, the more people that do the above, the faster the person responsible for this TRASH IS EXPOSED! Let’s do this NOW! Then we can decide what to do with that “Anti-American”!

There is no “reverse discrimination”. There is no direction for discriminators. Discrimination can go from white to black or from black to white, or from what ever to what ever. I know it takes more words to correctly discribe the direction of discrimination but that is the way it is. Oh, unless they changed the defination of discrimination. I totally agree with the rest of this and all thosae in the pentagon who say we should be teaching CRT should, at a minimum lose their job and at a maximum be hung for treason. You choose. Me I am leaning towards hanging becaause tese people trying to implement CRT know it is a lie, know that it is wrong, and are somehow being paid for this or gaining something

There has always been RACISM in the Armed Forces, at first white, then increasingly black racism. But now racism is allowed to overshadow combat readiness. The chief struggle facing our nation is not black vs. white a la Critical Race Theory, It is the American Republic vs. the Communist / Secular / Woke forces of darkness and barbarism. And we had better be ready, for the conflict may very soon come to a head. And it just may be the head of a DRAGON.