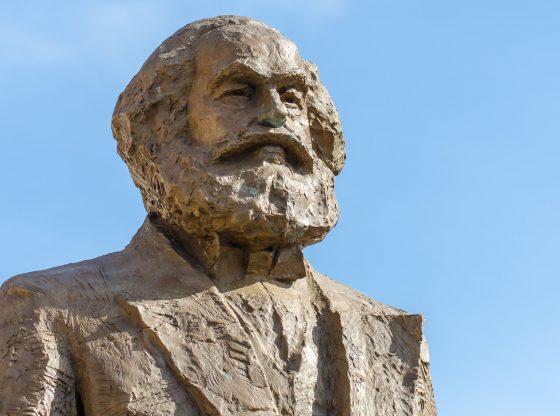 Despite Critical Race Theory’s (CRT’s) clearly established roots in the Frankfurt School’s neo-Marxist thought of the 1930s, many politicians, civic and educational leaders, and most dangerously, Pentagon officials, are woefully ignorant of the basis and motivations behind CRT and other related woke ideas. Because of this profound ignorance, critical race theory is fast becoming America’s new institutional orthodoxy.

Yet most Americans have never heard of it — and of those who have, many don’t understand it. In a nutshell, the neo-Marxists and leftist radicals simply substituted ‘race’ for ‘class’ in traditional Marxist theory to create a new revolutionary coalition of the dispossessed based on racial and ethnic categories. Hence the left’s current race warfare has replaced class warfare. 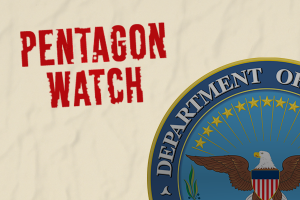 To explain critical race theory, it helps to begin with a brief history of Marxism. For an in depth understanding of how CRT is rooted in Marxist thought, and how it is infusing and subverting the U.S. military, please read the fantastic new book, ‘Irresistable Revolution, Marxism’s Goal of Conquest & the Unmaking of the American Military, by recently fired Space Force officer, Matthew Lohmeier.

I wrote about Lieutenant Colonel Lohmeier’s controversial firing, after denouncing Marxism at the Pentagon, here.

But for a quicker intro, the New York Post (NYP) provided a great summary. While it unfortunately  skips CRT’s original roots in the 1930s Frankfurt School, and fast forwards to the 1960s, and later 1990s, it is solid on the rest. It explains:

Originally, the Marxist left built its political program on the theory of class conflict. Karl Marx believed that the primary characteristic of industrial societies was the imbalance of power between capitalists and workers. The solution to that imbalance, according to Marx, was revolution: The workers would eventually gain consciousness of their plight, seize the means of production, overthrow the capitalist class and usher in a new socialist society.

During the 20th century, a number of regimes underwent Marxist-style revolutions, and each ended in disaster. Socialist governments in the Soviet Union, China, Cambodia, Cuba and elsewhere racked up a body count of nearly 100 million people. They are remembered for gulags, show trials, executions and mass starvations. In practice, Marx’s ideas unleashed man’s darkest brutalities.

By the mid-1960s, Marxist intellectuals in the West had begun to acknowledge these failures. They recoiled at revelations of Soviet atrocities and came to realize that workers’ revolutions would never occur in Western Europe or the United States, which had large middle classes and rapidly improving standards of living.

Americans in particular had never developed a sense of class consciousness or class division. Most Americans believed in the American dream — the idea that they could transcend their origins through education, hard work and good citizenship.

But rather than abandon their political project, Marxist scholars in the West simply adapted their revolutionary theory to the social and racial unrest of the 1960s. Abandoning Marx’s economic dialectic of capitalists and workers, they substituted race for class and sought to create a revolutionary coalition of the dispossessed based on racial and ethnic categories.

Read the full NYP piece here, but I will also expand further on The Post’s summary of CRT in other pieces to follow.

It all appears to be part of a long term plan and having China Joe occupying Our White House and the Marxist SQUAD in Congress–Americans and our Constitution are under attack FROM WITHIN—-as Joseph Stalin predicted–they (Communist International) would take the United States without firing a shot—from within. At the time Stalin made his statement Our State Department was rife with Communists–it seems that has become a generational thing?

CRT will pit supporters of CRT to the “other side” … once that begins, (in fighting) that will destroy the unity … and our military will collapse from within … it will be the chance Russia and China will be waiting for … Our resources, oil, ores (gold?), lumber, coal, everything will be theirs for the taking … except that which Hiliary already gave them …

This insanity needs to be stopped, by any means.

I have traveled through Russia which is still under Rulers who adhere to the Marxist Doctrines now being advanced in the USA and frighteningly our Military. Let me tell you, there are NO BLACKS living in Russia. There may be a RARE FEW but they are not common. CRT is an abuse of our First Amendment and only being forced on those who would find it difficult to impossible to opt out.. Example Schools and Military. Once the Communists fomenting this garbage have control–the Freedoms are lost forever and the population will live in fear that if they say the wrong thing they will be carted off to a re-education prison. IT IS BLATANT COMMUNIST PROPAGANDA and it has no place in FREE AMERICA.

If we (and I mean we, the American people, but especially military folk and veterans) are unable to clean out this virus (CRT) and dump all the political officers (mostly affirmative action turd brains, including the head idiot Austen) our defense will not just be destroyed, but the military will turn on and eat itself, likely with great violence that will spread throughout society. We have very little time.

This is the hope of the Democratic government we have in power…they want inter fighting and chaos to erupt in every state and city…they want us to live in fear and to be scared of our own neighbors, ” people we have know and worked with all our lives.” And as the chaos goes from city to city they gain more control of us as a nation.
We are smart then lab rats…we are not a MARXIST experiment that are government can control, we are much better then that…we are the citizens of these United States of America and we will rise as one people and take our country back…the freedoms we have were not free but earned through blood and death…honor our service men and women this weekend and rally behind each other to regain our country.

Blacks who have adopted the American ethos and conformed to cultural norms have advanced and prospered, e.g. Larry Elders, Ben Carson, Clarence Thomas, and Candace Owens. These people have reached out to the Black community, urging them to follow their example, but the Black community derides them and rejects them as Uncle Toms.

Instead of listening to successful Black roles models, however, the Black community listens to Marxists.

But racism is a Big Lie, and Marxists maliciously mislead Blacks.

In America, all races can and have transcended their origins through education, hard work and good citizenship. Justice Thomas’ book, “My Father’s Son”, is a stunning testimonial.

The American Dream has eluded the rest of Black Community, however, because they reject the American ethos. Unique among races, they won’t even learn King’s English or conform to cultural norms of dress and personal grooming.

Instead of encouraging Blacks to do the things they should do to succeed in America, Marxists push them to hate White people, to support Socialism, and to work for the destruction of Western Civilization, Christianity, and Capitalism.

Blacks in Africa risk their lives every day to get to America, so they can have the opportunities and freedoms which American Blacks take for granted. If Marxists have their way, American Blacks will soon be no better off than their African cousins, because they will have destroyed the blessings of their birth on American soil.

But ha-ha-ha. The joke’s on them. They’re cutting off their nose to spite their face.

This is a note to Mr. Crespo.

I’m not so sure that politicians, civic and educational leaders, and Pentagon officials are ignorant that CRT and other related woke ideas are rooted in the Frankfurt School’s neo-Marxist thought of the 1930s.

Why would you assume that? It risks of woefully underestimating the danger to our country.

There is a clear possibility that our politicians, civic and educational leaders, and Pentagon officials knowingly embrace Marxism. Surveys have consistently shown that Americans have a favorable view of socialism.

That favorable view emanates from the socialist indoctrination which has been taking place for decades in our schools and universities.

Why would Asher be free of that indoctrination? You can’t assume that he is, not rationally. It’s entirely possible, for example, that Asher is a closet Marxist and that that’s why Biden selected him.

I certainly hope you don’t think someone like Biden is ignorant that CRT and other related woke ideas are rooted in the Frankfurt School’s neo-Marxist thought of the 1930s. As Biden would say, “come on, man”. Get real.

This is another note to Mr. Crespo [and anyone else who’s interested]. Please watch this video: https://www.theepochtimes.com/kyle-bass-the-chinese-regime-controls-200-sq-miles-in-texas-next-to-major-air-force-base_3832847.html?utm_source=ATLNewsletter&utm_medium=email&utm_campaign=2021-02-19
/
Your stunningly generous assumption that even Pentagon officials do not realize that CRT traces to the Frankfurt School’s neo-Marxist thought of the 1930s and that said officials are innocently ignorant of the basis and motivations behind CRT and other related woke ideas scares the hell out of me.
/
We cannot have our eyes closed. Especially someone like you. You probably know some Pentagon officials, specifically including Austin, and think highly of them. But thought leaders like you have to see the world the way it really is, even if it hurts.
/
I think you’re in denial and that it might shake you out of your denial if you watch the video. Ask yourself whether its even remotely possible that our CIA did not know about the jaw-dropping dangers Mr. Bass stumbled upon and shares with us.
/
This is real world stuff – CCP critical infrastructure installations controlled by a Chinese General – located right here in our own country, next to a sensitive air base and to our border, connected to our electric grid, and with skyscraper-sky-high towers perfect for spying far and wide.
/
Rationally, you have to accept that our CIA would have known about the activities of this Chinese General and his CCP installation (unless they’re incompetent), so what do you think about the fact that they didn’t tell anyone and did nothing about any of it, but, instead, left our national security exposed and wide-open?
/
You’re probably sleeping very well at night, but, if so, its because you’re not seeing the dangers. Not seeing, because the whole thing is so shocking that your mind refuses to see it for what it is.
/
We need to be woke, all right, but not in the sense the Marxist Left uses the term.