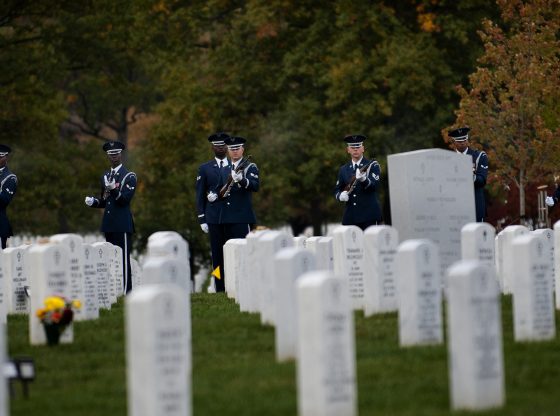 Plus, why does the Chinese Regime Controls 200 Sq Miles in Texas Next to Major Air Force Base?

What Keeps Joe Biden Up at Night: A U.S. Invasion of North Korea.

And can critical race theory and patriotism coexist in classrooms?

Memorial Day commemorates the American men and women who died while in the military service of their country, particularly those who died in battle or as a result of wounds sustained in battle. In other words, the purpose of Memorial Day is to memorialize the veterans who made the ultimate sacrifice for their country. It’s not Veterans Day. It’s ‘fallen warriors’ day. Please take a moment today and remember all of those who gave it all so we could be free.

Can critical race theory and patriotism coexist in classrooms? “Political polarization has damaged the standing of civics and history,” said Paul Carrese, an Arizona State University professor. Some call this teaching conflict — now more than a century old — the “social studies wars.” But as the nation has splintered along political and geographic lines, the fights have intensified, compounding the challenges facing social studies, a set of subjects including civics, history and political science that has long been starved for classroom time and resources. Now, a group of prominent academics and educators is pitching what they hope will be a way forward for the field.

Biden must rally the world against an increasingly malevolent China. In western China, Xi Jinping’s tyranny is showing what a genuinely racist regime does. Through violence and persecution, he is attempting to eradicate the remnants of a racial minority’s culture and religion. The resemblance to the Nazi genocide extends even to Xi’s liberal use of concentration camps, where rape, torture, and indoctrination have been part of daily life for hundreds of thousands of prisoners.

As U.S. calls for focus on covid origins, China repeats speculation about U.S. military base. China reacted angrily to the Biden administration’s calls for a harder investigation into the origins of the coronavirus pandemic, by accusing the United States of hypocrisy and suggesting it needed to open its own biological laboratories to international inspection.

Totalitarian China: Outwardly Strong, Inwardly Weak. The version of totalitarianism practiced by Xi’s China is far more subtle and sophisticated than those of either Hitler’s Germany or Stalin’s Soviet Union. It does not rely on mass terror. It has no need to do so because it can now harness technologies of power and reach that not even George Orwell, let alone Hitler or Stalin, could dream of.

Chinese military faces challenge from falling fertility rate. As the world’s largest military, needing hundreds of thousands of new recruits each year, the People’s Liberation Army has been affected by China’s wider fertility and ageing issues, and tried to counter them. The People’s Liberation Army has expanded its sources of troops, including lowering education, height and eyesight requirements. New census showed the 2020 fertility rate was 1.3 children per woman, below the level needed for a stable population.

The Chinese Regime Controls 200 Sq Miles in Texas Next to Major Air Force Base. A company with ties to the Chinese Communist Party owns 130,000 acres of land in Texas—right next to America’s largest air force pilot training base. The CEO of the company, Sun Guangxin, is a former officer in China’s People’s Liberation Army and one of the largest landowners in China’s Xinjiang province. And the land, purchased to build wind farms, actually sees little wind. So what’s going on here?

Iran-backed militias turn to drone attacks, alarming U.S. forces in Iraq. U.S. military officials in Iraq have grown increasingly alarmed over attacks by Iran-backed militias using drones to evade detection systems around military bases and diplomatic facilities. In place of rockets, militiamen have turned at times to small, fixed-wing drones that fly too low to be picked up by defensive systems.

Top US military officer ready to ‘rapidly’ evacuate Afghan interpreters, if ordered (and White House pushback). Gen. Mark Milley says US is ready to evacuate the interpreters but the decision is not up to him; Fox News’ Lucas Tomlinson on ‘Special Report.’ As U.S. forces continue their withdrawal from Afghanistan, Taliban fighters have taken over dozens of abandoned bases in recent days – raising questions about the fate of 18,000 Afghan interpreters – who risked their lives to work with the U.S. government.

What Keeps Joe Biden Up At Night: A U.S. Invasion of North Korea. In the past, the Pentagon has told Congressional lawmakers that the only way to locate and secure North Korea’s nuclear weapons “with complete certainty” is through a ground invasion. That’s a blow to those that thought the issue could be dealt with via special forces or a surgical strike. An invasion of the country would be a major strategic commitment by the United States, South Korea and its allies. But what would an invasion of the country actually look like?

does anyone know when stupid got in the US water supply?