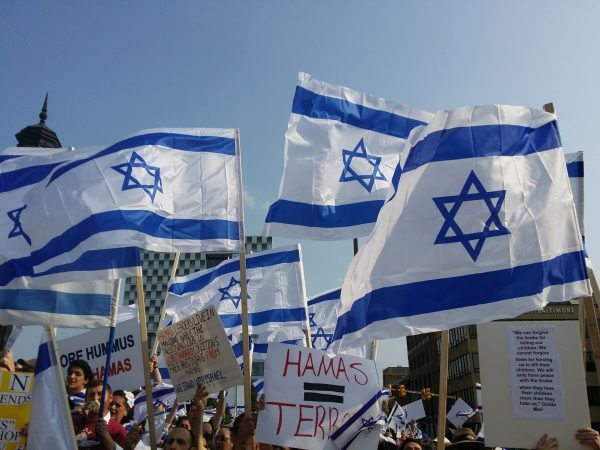 In the recent brief, but intense, conflict between Israel and Palestinian terror group Hamas in Gaza, the Jewish state was predictably lambasted for the ‘disproportionate’ casualty counts, with Palestinians suffering far more than Israelis. However, one Palestinian human rights activist makes it clear who is believes is to blame for the Palestinian deaths.

According to Bassem Eid, it is Hamas, which initiated the fighting with massive rocket attacks against civilian targets in Israel, knowing what the Israeli response would be.

Bassem Eid summarizes the strategic situation simply and  succinctly when he told The Algemeiner:

The Algemeiner explains that Eid is a Palestinian from eastern Jerusalem who lived in a United Nations refugee camp in the 1960s. During his earlier years his research focused on human rights violations committed by Israeli armed forces. But more recently, Eid has brought balance to his efforts by focusing on rights violations by Palestinian forces.

In the conflict this month, Eid has blamed Hamas for the barrage of rockets fired at Israel, as well as for the innocent Palestinian lives lost to both retaliatory Israeli airstrikes and the militant group’s own missiles that fell short in Gaza.

Eid estimates based on his own Palestinian sources in the Gaza Strip that more than 50 Palestinians died because of errant rockets by the Hamas that were targeted towards Israel but which landed in Gaza. According to the Israeli army, about 4,340 rockets were fired by Hamas toward Israel during the 11 days of hostilities, with 640 of them falling within Gaza.

In response to the rocket barrage, Israel struck a total of 1,600 military targets, including 340 rocket launchers and destroyed more than 60 miles of underground terror tunnels in the Gaza Strip. The Hamas-run Gaza Health Ministry claims that about 250 Palestinians were killed during the hostilities.

“At the moment it is still very difficult to assess the exact death toll in Gaza as Hamas is still looking for and evacuating casualties from underground and within the struck tunnels, so the figure is likely to increase,” Eid said. “The Hamas claim is that most of the casualties were civilians as the statistics they publish doesn’t distinguish between civilians and fighters. According to my estimates at least 150 fighters were killed in the conflict.”

“This time Israel’s military action was much more careful if you look at the number of targets hit and the casualties, which shows that they tried to minimize the killing of civilians,” he added.

Terrorists are cowardly, souless, subhuman, creatures. They use schools where children are and hospitals to shield their armaments. A delibert attempt to propagandize the civilian causelties as they use them as human shields.

LISTEN UP….GOD is Going to P UNISH the TERRORISTS. ANYONE Who Starts ANYTH ING with ISRAEL….GOD will FINISH it. GOD has REINFORCEMENTS and THEY are NOT ANGELS. GOD means BUSINESS. HE is a SERIOUS GOD. HE has the LAST WORD. From SamuraiQueen. 😄😄😄

When TRUMP WAS POTUS America was GREAT and also was Great.
joKe bidet stands for genocide of 62 million unborn and Israel.

The “Squad” in our congress and MSM simply don’t care about truth. As long as people keep listening or buying the garbage the press feeds them- the longer dishonest press will survive.

muslims (not all) with the media support, just like blacks in the US (not all blacks but the law breaking blacks), sport and will not tell the truth or the total chicken s..ts, how stupid they are. These muslims have never had a reason to call Gaza thier home. I say wipe them off the face of the earth. The innocent should leave and return to their homes where ever that is.