Think Tank Report – Is a Russia ‘Reset’ Still Possible? Russia and US vs CCP China?

Think Tank Report – Is a Russia ‘Reset’ Still Possible? Russia and US vs CCP China? 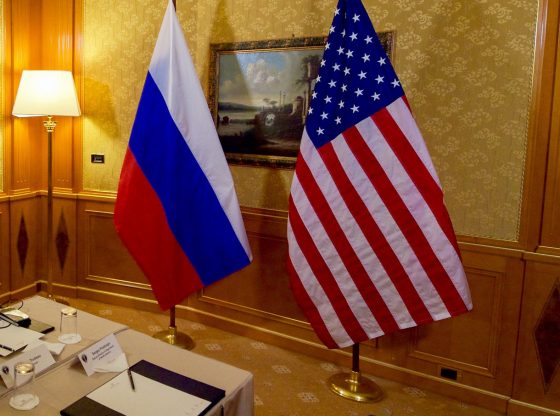 A thought provoking report by the Center for American Defense Studies (CADS) in Washington, DC, asks if it is still possible to reset relations with Russia. The report by CADS Senior Advisor Major General Don McGregor, USAF, Ret. notes that preventing war in Eastern Europe and keeping Russia neutral (at minimum) in the US-China rivalry should be key strategic U.S. goals. So, why isn’t the U.S. trying? And is it too late?

The report, ‘Can Conflict in Eastern Europe be Avoided? What about a Russia-China Alliance? – A Strategic Argument for Re-Assessing US-Russia Relations,’ can be read in full here at the CADS website.

Here is the introduction to the report:

With the escalating military exercises and rhetoric between NATO and Russia in and around Ukraine and other Eastern European states, is the region on the brink of war? Russia’s aggressiveness over the past fifteen years and most recently its military buildup along east Ukraine is undoubtedly troubling and may set the stage for eventual conflict.

But is a prediction of war premature? The answer may be – yes, and no. While the usual suspects such as geopolitical maneuvering, resources, and bad blood play into interstate clashes – are all in abundant supply in Eastern Europe, we should consider the issue holistically and look at the root causes behind some of the friction. We should also understand that beyond avoiding war in Europe, it is also strongly in the U.S. national interest to keep Russia neutral in the broader Western conflict with CCP-led China.

After the fall of communism, former Soviet satellite nations such as Estonia, Latvia, and Bulgaria embraced democratic principles and ideologically moved west. Released from the Soviet Union’s iron communist grip, they looked for western assistance and direction. Western powers, led by the U.S., initially developed several defense programs to work with the security apparatuses of each nation, recognizing these budding democracies were fragile and liable to corruption and exploitation – security was the first order of business for democratic adoption.

One fruitful U.S. program was the Department of Defense State Partnership Program (SPP), which evolved from a 1991 U.S. European Command decision to set up military exchanges in support of newly liberated former Soviet satellite countries. By aligning a state to a country like Latvia and Michigan or Illinois and Poland, each country could witness, through exchanges, democratic principles of governance and civil-military relationships.

By 2004, seventeen former soviet satellite nations had SPP partners. By 2009, ten had joined NATO and the European Union, and shortly after, Ukraine, Moldova, and Georgia secured state partners California, North Carolina, and Georgia, entering them into the Western fold. Today, an additional four former communist states are NATO members, while Russian bordering states Moldova and Belarus joined NATO’s North Atlantic Cooperation Council. The rapid pace of this western expansion and influence was impressive but very disconcerting for Russia.

Read the full report here at the CADS website.

During Russia’s invasion of eastern Ukraine and annexation of Crimea, the general was intimately involved with training and equipping Ukrainian forces via their SPP partner – California.

Will Communist China Spy on…

US Looking to Speed Delivery…

In the global world. It will be anonymous queer hands on the switch.

We need to get rid of the fake pResident before we can begin to make things better.

The SPP was a secondary piece the NATO PFP program and the USEUCOM effort in support. NATO expansion was a NATO decision and nations joined because Russia gave them reason to fear. Russia did participate initially. The Clinton Administration ruptured the US -Russian relationship through politically correct meddling in a broad range of Russian domestic affairs. I watched the relationship unravel 1995-98 as the US Executive Branch and State Dept showed themselves to be stunningly ignorant of Russian objections that had little to do with military affairs.

What a poor vision from this journalist. It is much more US vs. china and russia than US and russia vs. china. The one thing china and russia have in common is they are both communist countries and even though current regime in the US would love to be communist as well, not quite yet.

In the ’60’s, my Dad, who was in CIC before he retired in ’68, once told me that his biggest concern was that “one day the Chinese and Russians would get together.” Aside from Trump, we’ve been seemingly working hard to make that match made in Hell possible.

Well, I no expert I am, Sam I am, but to me it seems that Gospodin Putin the KGB man turned autocratic tyrannical Tsar has already cast his lot with the Chink-a-zoids who hate our American guts. I would love for coming events to prove me wrong. But we shall see… If he resolves to provoke the namby-pamby Bidenosaurus out of spite, I should not be surprised,

[…] Studies (CADS), Major General Don McGregor, USAF (Ret.), a CADS Senior Advisor, asked whether a Russia ‘Reboot’ was still possible. He noted how, in light of the growing CCP China threat, the U.S. would be […]

US doesn’t stand a chance vs a Russia/China coalition. And don’t count on the Europeans to help you by sending their young being killed for Taiwan. That leaves the Aussies and the Canucks. They are petrified by Covid, how are they going to react to machine gun fire? Russia on its side would be dumb to trust anything coming from the US. Because if the US gets rid of China, they will be next. That’s the sad reality. And the funny thing is how all good Trump ideas are resurfacing now that he is gone. But it’s not the original. It’s just a lame copy. There is no real leadership anymore behind them.