I originally wrote this piece in March 2020 as a way to draw attention to the possibility that COVID-19 leaked from CCP China’s secretive top security BSL-4 biolab at the Wuhan Institute of Virology (WIV). It was also intended to draw attention to the CCP’s dual-use biowarfare research. This information is current and highly relevant now as the world finally focuses on this biolab in Wuhan as the possible, if not likely, source of the COVID-19 pandemic.

Original Report – March 20, 2020 – Why does China have a high security, Bio-Safety Level-4 (BSL-4) laboratory in Wuhan? What is it, and what does it do? Is it part of a secret Chinese bioweapons research program? Is it related in any way to the novel coronavirus outbreak?

Considering that Wuhan was the original outbreak of the current COVID-19 virus pandemic, these are important questions that much of the press seems to be ignoring. But it is clear that the Chinese government doesn’t want them asked.

According to Nature, the respected International Weekly Journal of Science, this unique bio-containment laboratory in Wuhan, built with assistance from France, is only three years old. It was cleared by the Chinese government in 2017 to work with the world’s most dangerous pathogens.

According to the UK’s Daily Mail, it may have been only the first of several BSL-4 labs being built by the CCP to contain highly infectious and lethal agents such as the Ebola, Nipah and Crimean-Congo hemorrhagic fever viruses, as well as SARS, coronavirus, and pandemic influenza virus.

Known as the Wuhan National Biosafety Laboratory, it is housed within the Wuhan Institute of Virology (WIV) in the Chinese Academy of Sciences (CAS) facility and was specifically designed to help Chinese scientists “prepare for and respond to future infectious disease outbreaks,” according to a 2019 report published by the U.S. Centers for Disease Control and Prevention (CDC).

The Wuhan lab is the first of between five and seven BSL-4 labs the Chinese Communist Party (CCP) plans to build across the Chinese mainland by 2025.

Nature explains that BSL-4 is the highest level of biocontainment: its criteria require scientists to wear Hazmat suits, use filtered air and treat water and waste before they leave the laboratory. Safety protocols also require researchers to change clothes and showers before and after using lab facilities.

The Wuhan lab was BSL-4 certified by the China National Accreditation Service for Conformity Assessment (CNAS). The CNAS examined the lab’s infrastructure, equipment, and management, paving the way for the Ministry of Health’s approval.

Chinese leaders claim the lab is for scientific research to aid the world. “It will offer more opportunities for Chinese researchers, and our contribution to the BSL‑4-level pathogens will benefit the world,” said George Gao in 2017. Gao is the director of the Chinese Academy of Sciences Key Laboratory of Pathogenic Microbiology and Immunology in Beijing.

Tim Trevan, founder of CHROME Biosafety and Biosecurity Consulting, said in Nature that China’s investment in a BSL-4 lab may, above all, be a way to prove to the world that the nation is competitive. “It is a big status symbol in biology,” he says, “whether it’s a need or not.”

However, as Nature also notes, some scientists outside China worry about pathogens escaping, and others are concerned these labs could be part of a covert biological weapons program. The plan to expand this lab into a bigger network of labs only heightens these concerns. One BSL-4 lab in Harbin is already awaiting accreditation; the next two are expected to be in Beijing and Kunming.

Back in 2017, Trevan noted in Nature that he was concerned about China’s repressive authoritarian system and culture, explaining that an open culture is important to keeping BSL-4 labs safe, and questioning how easy this will be in China, where society emphasizes hierarchy.

“Diversity of viewpoint, flat structures where everyone feels free to speak up and openness of information are important,” he says. The aggressive CCP cover-up and censorship of outbreak information from Wuhan only reinforced this fear.

Meanwhile, China’s President-for-Life Xi Jinping only added fuel to the fire when on Feb. 14 told an emergency meeting in Beijing that a national system to control bio-security risks was needed “to protect the people’s health.” Xi called lab security a “national security issue.” The timing was suspicious, at best.

All this seems to indicate that the Chinese government has a very real problem securing its deadly pathogens.

It is also important to note that the SARS virus escaped from other high-level (BSL-3) containment facilities in Beijing multiple times before, notes Richard Ebright, a molecular biologist at Rutgers University, in Nature. Ebright is also not convinced of the need for more than one BSL-4 lab in mainland China.

He also worries that the large, planned expansion of BSL-4 labs in China and its excess capacity can be used for the potential development of bioweapons.

“These facilities are inherently dual-use,” Ebright says, referring to the labs being able to be used for both civilian and military purposes. Other analysts have also expressed their concerns these labs could be part of a greater covert bioweapons research program.

President Trump is right to emphasize the Chinese origins of this novel coronavirus. The world needs to demand openness and transparency from the Chinese regime, and much more oversight and investigation into the Wuhan biolab, and its planned network of sister labs.  ADN

LISTEN UP…The BIOLABS Need to Be DESTROYED. THEY are a DANGER to CiVILIZATION. AS LONG as THESE LABS EXIST…There Will Be MORE VIRUSES Spread Thru Out the WORLD. CHINA Has Got to Be Put to a STOP. EVERYONES LIFE Will Be in DANGER. From SamuraiQueen. 😄😄😄

This was an act of war, this bio=terrorist act was aimed at destroying Trump and our country. We need to hold them accountable, for trillions of dollars.

How do we stop them when China owns Biden ?

Get rid of Biden. He soon will become so addled that he will have to be removed from the Oval office and the White House. Perhaps the real winner of the past election could then take his rightful and hard earned position in the Oval Office –hopefully before Joe and Dr. Jill have totally destroyed the USA.

Covid19 was just an experiment. The next Pandemic unleashed on the World will be far more deadly.. China already has the DNA and genomic sequences of most Americans, yet it is illegal for the Chinese DNA and genomic sequences to leave the Country of China. Why is that? They are self protecting. The Wuhan Virology Weapons Laboratory must be stopped. They attacked the World with a a Weapon of Mass Destruction.. With just a few more tweaks and additions of more virulence–they could destroy all human life in North and S. America. All buildings and infrastructure intact.. The Chinese could just pack up and move unstopped into the USA. Biden will do nothing to protect the USA from these Monsters as He and his Clan of Grifters are on the payroll of the CCP..

the “AIDS virus” 40 years ago – Fauci was there toooooooo 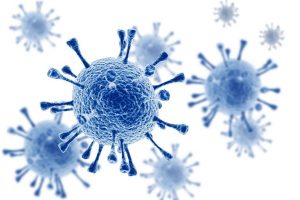 It seems that Dr. Frankenstein aka DR Fauci is an enemy of the American People and not the Hero he portrays himself to be.